Editor’s Note: The following is the final part in a six-part series by Nikole Lim of stories painting juxtapositions of immense pain and tremendous hope in Rwanda. Read the Artist Statement, Part 1, Part 2, Part 3, Part 4, and Part 5

She was no more than five-feet tall, wearing a traditional sari in white cotton decorated with only three blue stripes hugging the fabric’s edge. Her face was framed perfectly within the blue border wrapped around her head, symbolizing her vow to the life of chastity, poverty and obedience—her life’s work is to serve the poorest of the poor, seeing every person as if they were Jesus himself.

“We don’t allow photos inside but you may take a picture with your heart.”

She spoke softly with a strict but sweet tone—her gentle accent from her homeland of Kenya. The Missionaries of Charity, founded by Mother Teresa of Kolkata, is home to children, women and men considered to be the poorest of the poor around the world. Here in Rwanda, this home serves people of all ages, some with severe mental and physical disabilities. A little figurine of Mother Teresa greeted us as we entered. Below it hung a hand-painted sign quoting sweet words of wisdom,  “Make of your life something beautiful for God.”

The sister led us down the steps into the first area for babies and children that had been orphaned by HIV, abandoned because of their disability, or ostracized by their community. She invited us to hold them, to play and speak with them. The babies that were mobile immediately leapt into our arms but there were some who could only cry for a touch—unable to command their legs to walk or convey meaning to their words. One boy lay in a crib with his frail limbs and tightly clenched fists—his muscles too weak to control. My mentor placed his hand on the boy’s head. In an instant, the boy stretched to reach around my mentor’s neck and pull himself up and out of the crib, coming to rest in his arms.

Earlier, as we drove to the Missionaries of Charity home, my mentor shared a story of his Hindi friend who, in looking into the eyes of a child with severe disabilities, saw Jesus. In the neglected, oppressed and marginalized—he saw that Love resides there, where few dare enter. The sisters at Missionaries of Charity believe in seeing Jesus in the neglected women, men and children of the world—the abandoned, the ostracized, the dying. They share whatever they have with they who resemble the actual body of Christ. They recognize that their gifts of love are freely given to Love himself.

Moving forward in our visit to the home, we came to a place housing women—some elderly, some with severe mental disabilities and physical ailments. As I put a scented hand sanitizer on my hands to not spread germs from the children into the women’s building, the sister told us that one of the women is obsessed with the scent of perfume. It was too late, I saw her approaching. She was nearly six-feet tall, wearing clothes that did not cover the length of her thin limbs. Unable to articulate words, she could only moan—desperate to convey meaning. She immediately grabbed my hands and sniffed them intensely, she would not let go. When I turned away,  she would throw her arms up in agony, shrieking in frustration.  Again, she would clamor for my hands—she tried everything she could to sniff my hands and search my bag for the source of the scent. I’ve been to places like these many times before but somehow, this was different.

I failed to see Jesus that day.

I dodged him, I was hiding from him and I was ashamed. His beauty was hard to find in the eyes of a tall woman with a fixation on scents and I failed to find him. I felt like I was aggravating her and I was embarrassed. I could’t love her based on my own insecurities and discomfort to touch. I was confronted by my limitations to love better, to accept better, to engage better.

Like her, I felt paralyzed—unable to control my reactions. I withdrew,  unable to embody unconditional compassion, unable to recognize that it was Love in her eyes.

Moving onto the men’s area, I was hoping to find some source of consolation—redemption for my failures. The sister continued in sharing some history of the home. She said that during the genocide, no one inside was hurt—as if there was a protective shield around the confines of the home. I couldn’t help but remember that not every building was kept safe and unharmed. 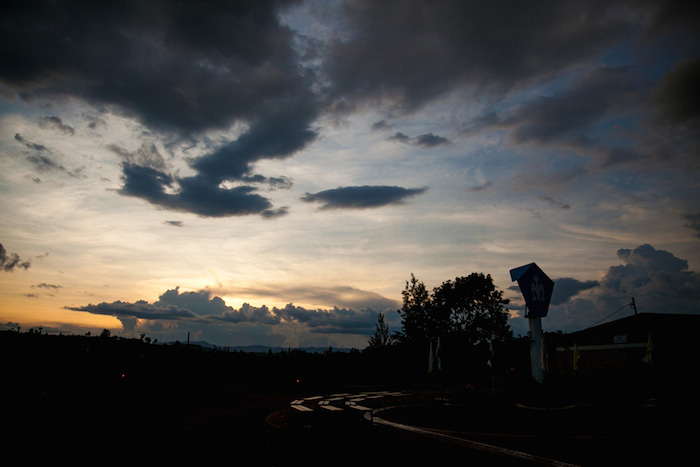 My heart bleeds every time a story of trauma is told—every time a life was taken, every time innocence was executed, every time bodies were mutilated, bones broken and dreams crushed. Unspoken words are expressed through tears of frustration because mere words can’t quite articulate the tragedies experienced. Images won’t transport you back into the time where the stench of death shook your bones. Words are failing and pictures can’t possibly stimulate all human senses. We can only remember—embodying the experiences that become points of transformation.

Missionaries of Charity does not allow photos on premises to preserve the dignity of those in the home. In inviting us to take a picture with our hearts, the sister conveyed that capturing memories with our camera is not enough—we can’t merely retain these thoughts, feelings and experiences with eloquent words or colorful images. We often aren’t able to take a photograph of what was most meaningful to our hearts—the metaphors, paradoxes or moments most transformative. In recalling the stories of Rwanda, I began to see that taking a picture in your heart means to live-out these transformative moments—to permanently burn the experience into the retina of your heart. Then, we begin to see things outside the frame—adjusting the aperture to maximum clarity and the speed of the shutter to not miss a beat. We find that life is but broken fractures of dark and light, coexisting together, making the memory of the image more beautiful. 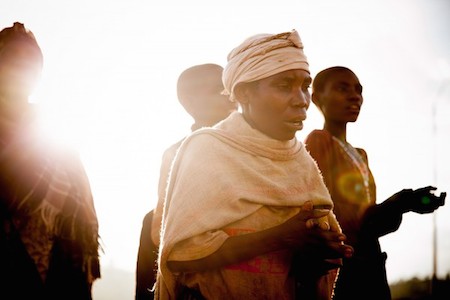 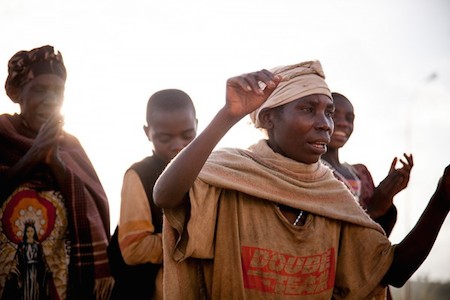 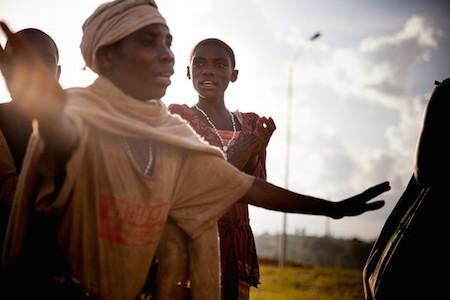 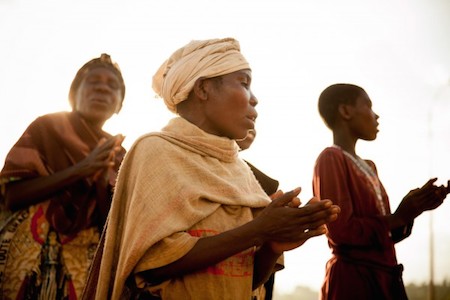 We capture the juxtapositions of our existence, the paradox of life that is only processed through the lens of the heart.

Here, we see hope in the midst of pain.

We see dignity in the indescribable sorrow of a man’s tears after honoring the lives of his friends whose bodies were tortured, hacked or raped to death.

We see healing in the overwhelming silence of a father—in respecting the unspoken words that could not convey his feelings of loss after his daughter was killed at the hand of a priest.

We see life in the graveyard of bones when we are interrupted by the comfort of a little girl’s hand slipping into ours,  a simple gesture of journeying through difficult experiences with us.

We see light in immense darkness—in war-torn places that once dismembered a people, now unites them together in their shared humanity.

We see compassion in identifying with the oppressor, realizing that we too, are guilty of tearing apart dreams instead of restoring dignity.

We see courage in the profound example of Rwanda’s future who, in solidarity with the oppressed, go back into the destruction to pull out life within—exemplifying bravery that triumphs the enemy.

We see Love in the eyes of the broken—offering redemption in our moments of guilt and shame that forever exposes the darkest secrets of our hearts.

Cornered in the courtyard of the men’s housing area, there was a teenage boy confined to a wheel chair. A mosquito net covered him from seeing the outside world—hiding his bent body and frail limbs. He sang quietly to himself, head thrashing to the beat of his song. I grasped his forearm tightly praying that he would engage, that he would calm his thrashing head, that his eyes would connect with mine. In a moment, they did. As our eyes locked, both of his hands grasped mine so tightly that I didn’t want to let go.