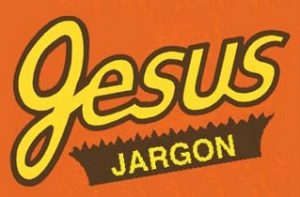 After writing up my first list of Ten Cliches Christians Should Never Use, some folks wrote me with other suggestions. After simmering on it for a while, I came up with a second list of ten to supplement the first.

And as there was some confusions from a handful of fellow Christians about the intent of the articles. These are not intended to tell you to believe or not believe a certain set of things. Christians have a Public Relations problem; that much is self-evident. So in as much as I can respond to that, I want to offer these as advice on how to change the way we approach people about our faith.

On to the next ten cliches for Christians to avoid…

These six things doth the LORD hate: yea, seven are an abomination unto him: A proud look, a lying tongue,  and hands that shed innocent blood,  An heart that deviseth wicked imaginations,  feet that be swift in running to mischief,  A false witness that speaketh lies,  and he that soweth discord among  brethren.

I’m going to go out on a limb and propose that telling someone that who they are or what they are doing is an abomination to God is tantamount to sowing discord among your brothers and sisters. And this, according to the text above is itself an abomination.