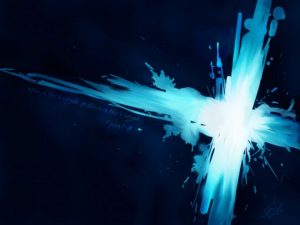 Sometimes I get the feeling that contemporary Christianity has completely missed the point.

Here’s what I mean; on a practical, philosophical or political level, what would any of us define as holiness truly look like?

There are many I know who feel that the truest Christian is the one who best understands, maintains and protects “historic” Christianity.

One of the many ironies of this position is that its adherents rarely seem to have much interest in the values, relationships or life (in other words, the actual living history) of Christianity’s founder.

Instead of valuing any sense of the history, reality or even humanity of Jesus, they work to distill him into some kind of divine super-conductor within a divine circuit breaker through which every spiritual impulse must pass.

And, to complete their surreal dislocation of the messiah, they use his name as a near sacred incantation – not in pursuit of holiness or restoration – but as sort of a holy chant to bless and sanctify their own biases and preferences – if not outright prejudices.

As I read the Bible, I continually marvel at two things; first, how unsettling, provocative and challenging it is on almost every page, and second, the degree to which this most astonishing, untameable book has been rendered inert and antiseptic.

Jesus told parable after parable challenging – even attacking – those who would paralyze the word of God into some kind of frozen specimen best suited for a worship museum – instead of the living, pulsating Body of Christ. These “keepers of the faith” have practiced a sort of spiritual taxidermy, giving us a lifeless shape dressed in spiritual garb.

Paul used the word “dynamos” to describe the power of the Gospel; it won’t be bottled or packaged. The Holy Spirit won’t stay within our boundaries or formulas – it is truly like the wind – it goes where it will – it blows things down – and it give us life.

But it is our master. If we imagine that we can control or keep it, we not only delude ourselves, we poison and grieve God’s vehicle as it reaches out to us.

There’s a parable of Jesus that sums this up; the familiar story of the talents. Everyone should know this story from Matthew 14-30. The master leaves for an extended time, leaving his servants with varying amounts of money. The one with five talents earns five more, the one with two earns two more and the one who has one hides it in fear that it will it will be taken from him.

The principle is clear, though rarely mentioned in sermons or commentaries; those who take their talents and use them are rewarded, the one who “hides” and preserves his talent is rebuked and cast out.

The Gospel is like those talents; there are those who use it, who put it to practical use, and in doing so, it comes alive and transforms everyone it touches.

And then there is the Gospel buried and petrified.

The “poor steward”, paralyzed by fear, fears nothing more than the unbridled power of God, and will do anything to keep the word of God from bearing any unpredictable fruit – especially among those Jesus loved best – those, perhaps most like himself, rejected by both the religious and respectable.

But they are, and always have been, the active medium of God’s always surging, unleashed petri dish of faith.

Those who seek to bury, confine, even hide the Gospel in their systems and formulas will find that even the neutered Gospel will burn their hands and cause them to be cast from the presence of God.

The Word of God is described as an unpredictable wind, a two-edged sword and even as an out-of-control shrub that takes over the manicured garden (Mark 4:30-32).

Those who would make it safe can only kill it.

They would put the two-edged sword in a museum, prune back the shrub and set up their own wind machine.

They will attempt to box, package and sell the Gospel.

But the Gospel will sprout, blow, burn and hack its way out and will live up to its “dynamos” characteristics.

As always, we can fight it, ignore it, or answer the invitation to join it.

The God who is “fully other” is the same God who chose to become one of us.

You can call it the ultimate mystery, paradox or contradiction, but whatever you call it, it is the character of God and His relentless quest to connect with us.