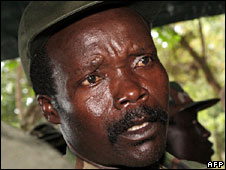 Most folks are at least somewhat familiar with the “Kony 2012″ phenomenon by now. Millions have become captivated by the story. But by and large, no one knew a thing about Joseph Kony, Invisible Children or Jason Russell a couple of weeks ago.

For those still catching their breath in the 24-hour news cycle and viral media reality we’re in, Joseph Kony is a member of the Lord’s Resistance Army in Uganda. He’s also a wanted war criminal, accused of having a hand in more than 30, 000 children being abducted and forced into fighting for the LRA in the past few decades. He’s a fugitive, and the folks at Invisible Children decided to do something about it.

Earlier this month, the organization released a 30-minute video that not only laid bare the crimes of which Kony and the LRA have been accused; it also employed what is called “an experiment” in the video. The idea was to turn all the ammunition of social media on rooting out this man. The results were amazing.

But not in the way everyone might have hoped, and certainly not how the creators expected.

The video went viral. Celebrities jumped on board, helping spread the word. Hashtags on Twitter like “StopKony” and “Kony2012″ trended upward at dizzying rates. After millions of hits, the Invisible Children site crashed under the weight of such unforeseen attention. Jason Russell, the narrator of the video and spokesperson for Invisible Children, became an instant celebrity, invited onto every talk show and news segment his schedule could handle.

I can only imagine what the effects of such literal overnight stardom have on a person. But if Jason Russell is any example, it’s not good. 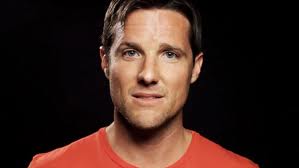 What’s remarkable and exciting is that a small group like Invisible Children with a limited budget and a compelling story can rock the media world on its heels. They can command the public’s attention and focus millions of people on a common goal of calling an injustice out into the light.

Related: Understanding the Criticism of Kony 2012

The problem is that, to date, Kony is still at large, and the story has devolved into tabloid fodder over Jason Russell. He is humiliated, the organization risks the loss of all credibility. Children are still at risk of abduction, abuse and murder in Uganda, but we’re more fascinated with a guy making a fool of himself when he withers under the intense glare of an unexpected spotlight. 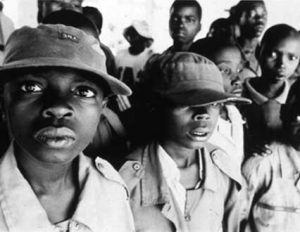 How much did we, or do we, care about child soldiers in Uganda? How motivated are we to see Joseph Kony brought to justice? Enough to repost a video or tweet a trending hashtag perhaps. But we’re so easily distracted. There’s so much else scrambling for our attention. so many wrongs in the world that it can be overwhelming. And though we like a quick, sanitary, low-demand way to feel like we’re doing something good, we’d actually much rather be reading about a drugged-up white guy running around town in his underwear.

Yes, Jason Russell Screwed up, and his timing could hardly be worse. But the breakdown itself, though it tells us something about the culture of instant celebrity we live in, tells us more about ourselves if we pay attention.

We want to feel good about ourselves, but more than that, we’re hopeless voyeurs. Given the choice between digging deeper into the problem of child soldiers in Uganda and a clicking on a headline about a schmuck in his underwear, we’ll take the latter.

It all reminds me of a now-famous sermon given by Tony Campolo in which he said, “I have three things I’d like to say today. First, while you were sleeping last night, 30, 000 kids died of starvation or diseases related to malnutrition. Second, most of you don’t give a shit. What’s worse is that you’re more upset with the fact that I said ‘shit’ than the fact that 30, 000 kids died last night.”

Tony’s right. We don’t really give a shit. And it’s too bad, because 30, 000 child soldiers in Uganda wish we did.

READ HERE about the UN’s report on Ugandan child soldiers.