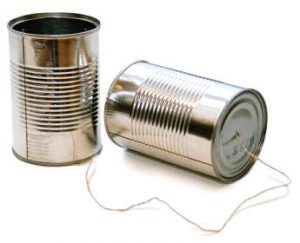 More than any other type of life and faith in culture, there is no doubt in my mind that college ministry is consistently the most rapidly changing population of believers. I am only 11 years removed from my freshman year in college and looking back over the last decade my undergraduate experience is nothing like the students currently finishing their freshman year.

Though many can look back on a decade once removed and see some extreme generational differences, the postmodern explosion through technology, polarized political cultures, a growing movement of gay rights and a default worldview that inherently questions the validity of everything has irrevocably shifted the trajectory of the role of campus and college ministers. 10 years from now the new normal will be a multifaceted set of experiences overwhelmingly based on a series of uncertainties that must connect you with the students’ on their turf and filtration system; not yours.

The exciting part, however, is that after another decade of questions surrounding student’s interpersonal- sexual- political- and cultural-exploration, I see the forthcoming landing point between minister and student centralized around one of the most overlooked principles of Jesus: Credibility over Credentials.

Credibility over Credentials is what I believe will be the future of college ministry—one that focuses heavily on the relational sustainability of the campus/college minister and the student through an incarnational medium of engagement. For a number of years the engagement between the minster and the student has been more along the relational lines of a psychologist-client, teacher-student, wise sage-naïve searcher. But for campus/college ministers to stay relevant and continue to have any ability to speak into their students lives, that old paradigm must change.

I have been given the opportunity to lecture around the country at a variety of Christian colleges and secular research universities, and the most prevalent theme I continue to see, especially over the last few years, is that students are weary of the current hierarchy and chain of command. Too often they see members of any administrative leadership as ‘the man’ trying to censor or hold down their generation’s ideas of love, life, faith and creativity. How much more so will this be in another 10 years?

Therefore the way forward must be incarnational in its very core. The exploration of incarnational work and life will revolutionize the minister’s ability to deeply connect with the students on the most sincere, and sacred, of levels. Go to the students. Be with the students. Stay with the students. This isn’t a 9-5 job anymore. In fact, it never should have been in the first place. Noted youth ministry leader and blogger, Adam McLane, suggests that impact is directly proportionate to the amount of time you don’t spend in your office (http://adammclane.com/2009/03/13/a-dare-for-pastors/).

The main question that has been asked for decades is what will build the campus/college minister’s reputation of trust with the students so much, that will one day they will be able to freely and reputably impart the important lessons learned over a number of years to best influence these impressionable emerging adults the most? A PhD? A position of influence? The number of students per program or gathering? None of those important credentials are going to bring the inherent respect that they used to even a few years ago. If anything my experience has shown me that today those exact variables are outliers to access; clearly cutting a further chasm into the minister’s ability to connect and relate to their students.

Credibility is the answer to this problem.

Incarnation is the means to get it done.

I was recently consulting at a liberal arts university with Christian ties and the university minister, in front of his staff and the top of that university’s administration, asked me bluntly: “What do we need to do to create an environment where our students want to engage their faith because most of the time they only come around when credit is involved? And this is a Christian university!”

I responded by telling them a story about a campus minster named Terry at a Big Ten university. Terry was running into some of these same problems. With a heart for those on the outskirts he left his office behind and started spending the majority of each day at the “artsy” coffee house right outside campus. You know, the one where the gay and lesbian and bisexual and emo and dark-reserved-misunderstood-artistic-type students go. You know, the place where Jesus went. Literally.

After two years of no “successes” and a whole lot of heat from his superiors for “slacking off at a coffee shop” the gay and lesbian and bisexual and emo and dark-reserved-misunderstood-artistic-type students slowly started to find Terry as a safe person to talk to. I mean, he had been there long enough not judging, not worrying about getting them to come to his programs and gatherings but just listening to them on their turf day after day after day. It was actually quite strange for a number of the students’ years later to find out he was a campus minister. A friend of mine, Jimmy Spencer (http://www.jimmyspencerjr.com/), calls it loving without agenda. The next thing you know Monday’s at the coffee shop with the gay and lesbian and bisexual and emo and dark-reserved-misunderstood-artistic-type students became the largest Bible study on this Big Ten university’s campus of 40, 000 students. And today it still continues to grow in its campus- and community-wide impact.

We have to remember that Jesus went to the Pharisees. He went to gather his disciples. Jesus went to the outsiders, to homes, to cities, to sinners and he went to everyone else as well. I don’t believe that what happened because of his preferred medium of engagement was any coincidence either. Scripture repeatedly tells us how large crowds would come and gather around him after he went somewhere and started engaging. Jesus didn’t wait for anyone to come to him. He intentionally turned a traditional rabbi’s role upside-down and went to their temples and their forums and their meeting places and their homes and their marketplaces and their wells and their graveyards and their street corners to listen and learn and teach and build relationships … and to bring healing as it had never been brought before. As theologian and author Scot McKnight suggests, there is a certain type of authority that can only come with sustained proximity (http://www.patheos.com/community/jesuscreed/2009/05/01/the-story-of-with-1/).

The broader cultural point is that the everyday masses of people were enamored with a man subverting the traditional hierarchy of rabbinical authority. As a campus minister, when you use your position to subvert the traditional medium of engagement with your campus’s students, it will, without a shadow of a doubt, bring the masses. The unique twist is that you are not bringing the masses to any one particular place you designated. The masses are going somewhere they already want to be, a place you are already at—building bridges and tearing down old relational paradigms by subverting the system the students are leery about in the first place.

Too often people of, and in power talk a great game about “meeting their students where they are” and “understanding where their students are coming from.” But they don’t. They don’t because that takes too much time and effort. There needs to be boundaries. I hear that lie all of the time.

The unfortunate part is that by the time some people are hired into their university minister position they have enough comprehensive intelligence to be able to watch the news, read the journals and the newspapers and know how to generalize what is going on in the broader culture and supplant it to their campus without ever actually talking to or meeting with or investing into one student that doesn’t want to have anything to do with them. Jesus said in Matthew 11 that “wisdom is proved right by her actions.” And if that is true, it is no wonder why so many university ministry offices are calling asking the same question.

Do you care about making a lasting, eternal impact to the students that don’t seek you out? It will never happen without your incarnational investment over a significant period of time. Actually, even with all of the incarnational time invested, it still might not happen. Just because it’s called the Great Commission doesn’t mean it will turn into the Great Reality. But does the uncertainty of not knowing the outcome before the beginning threaten the potential of sustained incarnational commitment? I like to think that God doesn’t only work when we know what the outcome is going to be.

The answer has been in front of you the whole time, in the book you carry around as a badge of honor. It’s time to go. And it’s time to do likewise. Faith intertwined with a variable life of students is all about living in the complex simplicity of the ancient words from a battle tested rabbi of no status, with no credentials other than being empowered by the Holy Spirit to change the world.

—-
Andrew Marin (@Andrew_Marin and www.facebook.com/Marin.Andrew) is the President and Founder of The Marin Foundation which works to build bridges between the LGBT community and the Church. Andrew is the author of the award winning book, Love is an Orientation: Elevating the Conversation with the Gay Community (InterVarsity Press, 2009),  which has won more awards than any other individual book in the long-standing history of InterVarsity Press. He and his wife, Brenda, live in the Boystown neighborhood of Chicago.

This article originally appeared on faithoncampus.com