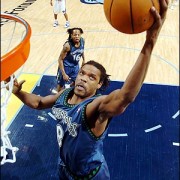 I confess I’ve looked to Burger King for happiness, sometimes. I’ve often wanted more money so that I can have more or better stuff. I’ve spent the last 7.5 months wanting enough money to get the shoulder surgery I need. I’ve spend the last several years hoping enough money for eye surgery, which would hopefully fix all of my recurring eye problems. There are several books, movies, and albums I would like to buy right now if I had the spare change, and it’s not as if they are too expensive. Sometimes I’ve justified my greed by looking at different ways I could help those in greater need.

Do I really believe that if I were a millionaire, I would be content and happy and I would feel secure about my money situation? I say no because I’m supposed to, but honestly sometimes that seems a little ridiculous. How could I not feel more secure about money if I had more? However, it is true that all of the ‘richer’ people than I seem to have all the same money stresses that I do and sometimes more. I’m reminded of Latrell Sprewell who was scheduled to make $14.6 million for the Minnesota Timberwolves several years back and called their nearly $30 million extension insulting, then demanding a trade if an agreement couldn’t be made. What was his worry, that seemed like plenty of money? “I got a family to feed, ” he said.

Maybe he should have cut some of those unnecessary expenses rather than asking for more money. At last check he had his home foreclosed, his yacht repossessed, and he owed over $70, 000 in taxes. Elton John, MC Hammer, Burt Reynolds, Mike Tyson, many more celebrity millionaires, and many lottery winners have all lost everything. Maybe if Latrell could see well instead of spree well (stolen joke from my friend Josh Crute), he would have cut some of his glamorous spending. I’d love to get my eyes fixed, but I recognize that wouldn’t really fix anything. Instead of worrying about all of this, I need to just trust it all to God.

There are a lot of things brewing in my life right now and there are a lot of possible financial risks in my future. I’m so stoked about what He has in store for me, whether that entails success or failure. If I fail financially, then it will be riddled with learning experiences that will merely prove its’ success. I’m honestly at the point now where I don’t want any more or better stuff. I don’t want a nice car or a big screen T.V. I’m entirely content with whatever it is God has in store. I’m actually giddy with excitement. Greed is being slowly replaced with faith, hope and love.

—-
Cole Schneider is a recovering jerk from Panama City who is trying to figure out what what Christ has done, what Christ continues to do, and how he can live this out Christ’s message in the lives around him.  He blogs regularly at www.colehardcash.com