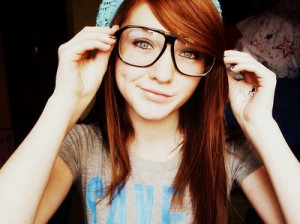 I have a number of identifiers on my various venues I write for and on my email signature: heretic, antagonist, father, son, instigator, pop culture junkie, theologian, social media guru, and so on. But one seems to resonate with folks more than any other:

For some it’s just a funny juxtaposition of words. For others, there is something deeply relate-able in the moniker. Incidentally, the simple fact that I use words like “moniker” make clear the fact that I am a card-carrying, credentialed nerd.

I wasn’t the kind of nerd in school that got the atomic wedgies and weekly swirlie treatment in the bathroom. I didn’t eat my own boogers or have invisible friends. I was more of a middle-of-the-road nerd, not drawing too much attention to myself either way, positive or negative.

In college I experimented with some personal reinvention, as many tend to do. I fronted several rock bands, went to work for a few record labels and grew my hair long (which was, mind you, considered cool in the early nineties).

When I started getting to write books and speak in different places, the attention was strangely attractive. People would offer special treatment when I flew into town, and some would even ask me for my autograph. It was pretty cool. 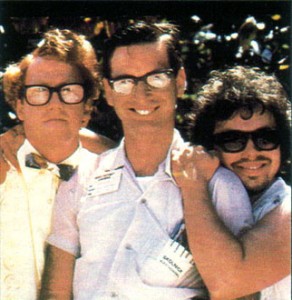 A little more than a decade ago, I married a beautiful woman who is a social butterfly. She has a way that I never have understood of connecting with people she just met. They are drawn to her, and in turn, she has opened new doors for me to relate to folks I would have never otherwise known.

So why do I still feel like a nerd?

The funny thing is, if you ask her, she feels like a nerd deep down inside too. So if she’s a nerd, who the heck isn’t?

It turns out that, the more I talk to folks who I think should be immune to the nerd virus, the more I realize that most (if not all) of them feel like nerds in some way too. Even my friend who is an MMA cage fighter has a little nerd in him. So what if “nerd” is actually the baseline for culture, even though the image that gets peddled in the media to a disproportionate degree is just the opposite?

There’s even a sense in some Christian circles that it can be cool to be a Christian. I have a subscription to Relevant Magazine, which admittedly is skewed toward a younger readership than I am, but sometimes I don’t feel cool enough to even be reading it. There’s a portrayal of the hipster Christ-follower that somehow makes me feel like I just don’t get the whole postmodern Christian thing.

And what’s more, I’m guessing you probably feel a little bit that way too.

When Amy and I started Milagro Christian Church nearly eight years ago, we wanted it to be a place for folks to feel welcome who had otherwise avoided church, walked away from it, or who have even been forced out. We jokingly call our community the “Church of the Island of Misfit Toys, ” referring to the old stop-motion Christmas special where all the toys on this small island have some glaring defect that causes them to be less than desirable. 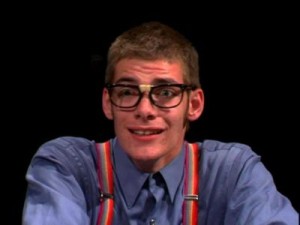 It’s not that communities of faith shouldn’t be equally open to folks who seem to have figured out the secret formula for social aptitude. On the contrary, such charisma and social connectedness can potentially add a lot to a congregation. But generally, it seems like those who have their act together, or who don’t really need to lean one others for support, don’t particularly need the church.

Now, if you read the above paragraph and find it a little strange, you should. Ultimately, no degree of social savvy makes someone immune to insecurity, doubt, emotional struggle or even an occasional case of the “nerds.” Ideally, I think, our faith communities should be the place where each of us can be most comfortable revealing and exploring that inner nerd.

There was plenty about Jesus’ ministry that was appealing – or even attractive – to folks at one time or another, but I’d be hard pressed to argue he was cool. In fact he went out of his way to associate with those one the margins, those whom society said were not particularly fit to represent themselves as part of the greater body.

So do we have to be geeky to be a Christian? Some might say so. And do you have to check your hipness at the door in order to be welcome in church? I think not. But I do believe that, in order to truly be a part of something bigger than yourself, you have to be willing to explore and express your inner God Nerd.

So I lay mine out on the table, right up front. MY NAME IS CHRISTIAN, AND I’M A GOD NERD. Hopefully making this explicit right up front will give others the sense of belonging they need to admit their nerdiness too, and to acknowledge (and even love) the nerd in their neighbor.