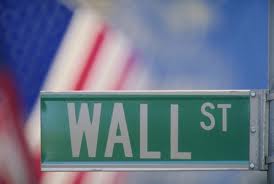 The occupation is like Jesus’ parable, where a king invites all of his privileged, first-tier guests to the wedding. But nobody came. So the king takes the invitation out to the streets, inviting all who would come, the good, the bad, the homeless, and those with homes. And they came.

For it is written, God can make children of Abraham from the very stones of the earth. If the Christians will not occupy, God will make into his children the anarchist and the hippie, and whoever will answer his call.

The Lord’s Prayer calls us to participate in a movement confronting the dominance of Christ’s ancient foe, the love of profit above the needs of people, Mammon, in our own selves and in our government and economies.

Lead us not into temptation, but deliver us from evil

But how will we struggle? Will we struggle in nonviolence, as the lamb marches to war, with love, conquering repenting darkness with forgiveness? We need Christians in the movement who care about not just the souls of the 99 percent, but the those of the 1 percent. Because the 99 percent is mobilizing, and their anger is righteous, like the prophetic anger of Amos. Our movement has and is choosing peace and nonviolence. In a nationwide, long-term movement, there are only a few isolated instances of violence, breaking our commitments. We are a movement that seeks reform, not revolution. So far.

But the world is writhing in the grip of a terrible nightmare. A tiny elite dominates our economies, while billions across the globe scratch for a living in the gasoline-sodden muck, fired when their factory employers have used up their bodies, perhaps even infected by AIDS or malaria. Medicine for them is too expensive because of drug patents. And anyhow, factory wages are too low because multinational corporations can shift from country to country when unions begin to form. And we are destroying the world, heating it with our carbon emissions. Soon, we will see even greater signs and portents as creation herself struggles against our bonds.

Americans ignored this problem as long as money and goods flowed freely into their homes. Until, of course, the Wall Street speculators inflated the price of housing in this country, then tanked the economy, sending America’s own children onto the streets, homeless. There were plenty of problems before, but suddenly, we care.

So when will we practice stewardship of the environment? When will we take care of the poor? When will we forgive the debts of the least of these? When and how will we, as the body of Christ on earth, begin to work towards meeting the material needs of the poor, and, in the process, save ourselves?

I believe that Christians are called to occupy in two ways, as priests, and prophets.

Give us this day our daily bread

Occupations across the country are caring for the homeless in ways I never thought I would see. In Occupy DC, nobody is turned away from the encampment. They have food, shelter, free tents and tarps, and, most importantly, community. Last Friday near the prayer tent, at the occupation, my wife overheard this conversation between two men who appeared to be homeless:

And we are brothers and sisters together in making the daily camp decisions according to an adaptation of Quaker decision-making, formal consensus. I will not trumpet, as some have, formal consensus as the answer to our problems. I love it, but in my life of consensus evangelism I’ve also seen it break down in sad ways. It is an incarnation of a radically inclusive force, but it has its flaws, and can be a long and difficult process.

This is where Christians are called as priests and chaplains, to participate in caring for the material and mental health needs of a community that lives out of doors among (and including) homeless people, some of whom are mentally ill or drug-addicted. And because our occupy community believes in love by inclusion, we cannot turn them away. The occupy movement cares for its crazies, as we call them. The church has been caring for the spiritual and mental needs of her own, now let us care for the needs of the poor.

Christians must also play the role of prophet, both to the powers, and to the movement itself. To the powers, our message is that we will no longer tolerate a political process where the needs of large-scale investors are put before the needs of ordinary people. Instead, we will support a system that values the voices of even those who have nothing, materially, to offer. A system where we can make decisions about what is really best for people in our society without the suborning influence of lobby monies.

Deliver us from evil

Getting elected is a powerfully thirsty business, money-wise. Few make it without selling out. Later, politicians take care of their friends. Some lobbying efforts pay out as high as $220 for each $1 spent, a wise investment by any standards. When political clout can be purchased, what happens when there is a conflict between public interest, the interests of ordinary people, and alien-minded transnational corporations? Who has more access to the levers of power? Who will hear the still voices of the poor and marginalized, both nationally and abroad?

Forgive us our debts, as we forgive our debtors

We need Christians that can speak from the near-forgotten sabbath economic values that caused Jesus to drive the moneylenders from the temple with a whip of cords, an act that led directly to temple authorities handing him over to the Roman establishment for crucifixion. We need to speak our Jubilee values and act from the Lord’s prayer which exhorts us to forgive the debts of others. We need Christians who have read but didn’t somehow miss the witness of the twelve prophets and the Psalmists in advocacy for the poor and environmental stewardship.

We also need Christians who are spiritually grounded in hypomone, that virtue of Revelation’s church in crisis which translates as the ability to retain your beliefs while sustaining blows, or, “iron intransigence, ” which comes from a Greek verb root which can mean “to dare to do.” which has been translated, rather limply, “patient endurance.”

But we don’t need Christians to come and convert us to a gnostic, hyper-spiritualized brand of Christianity that forgets Jesus’ messages to the poor, equating Christianity with assent to a proposition of belief or even a simple acceptance of Jesus into your heart. An apathetic, intellectual faith that will not interrupt the worship of the self, if it stops there.

We need Christians who share in a prophetic anger that calls for a repentance not just in the 1 percent, but in our selves. Because I believe, as the scripture teaches, that we ourselves, just like the powers and principalities, are created good, have strayed from our original inherent goodness, and are in need of redemption.

We need people among us who live out the Gospel, whether they identify as Christians or not.

The movement, as an institution, is a child. It’s still navigating it’s identity. But as I hear the way people talk about greed, I believe that occupy is the site of a kind of remembrance of our humanity. A place where people come together, in real space and time, to forge real relationships and to articulate the particularity of a grievance that we collectively share: that corporations have robbed something precious from us, a portion of our humanity. Now is the time to hear, as in the indigenous traditions, the story of each person, and to value our identity as a group, where we come from, our faiths, and our journeys, and through it, share in the holy Eucharist of community.

And thine, oh God, is the glory, the power, and honor, for ever and ever. And when we affirm this we affirm that Ceaser and his money are neither masters of our hearts nor this earth.

—-
Jeremy has been an activist ever since he accidentally ate the red pill instead of the more harmless blue one. He converted to Christianity while serving a six-month prison term for civil disobedience to close the School of the Americas. He blogs and tweets about faith. He serves as a volunteer chaplain to OccupyDC with the OccupyChurch movement.