I grew up in church.  Not a typical middle class, white picket fence, awkwardly perfect church goin’ family situation, but in church nonetheless.  Most of what I recall from those early childhood and teenage years bring memories of good things.  People genuinely taught me that loving Jesus matters more than anything else in the world.  The world, after all, is corrupt and the place we truly long for is far, far away – heaven.  So we are to love Jesus and hate the world.

Now, this is not hatred toward the people on earth.  I did not grow up going to a church that taught that we ought to tell outsiders how much they suck, but that this “world is not my home, I’m just a passin’ through.”  World and physicality = bad.  Jesus and spiritual bliss in a distant heaven = goal of the game.

This distinction came with a subset of beliefs about the destiny of God’s world.  Eventually this planet would be destroyed and we Christians would “fly away” to heaven at the rapture of the church.  Certain Christians understood the timing of the rapture as it corresponds to the book of Revelation differently than others, but no one ever denied the imminent return of Jesus to evacuate the church out of earth.   Today, there is a group that believes that they have calculated the exact date of this escape from earth: Saturday, May 21, 2011. This sect does not represent most of those who believe in rapture, but what they have in common is that a day is coming when this world will be “Left Behind.”

What I’ve come to realize is that the church of my youth probably had the rapture all wrong.  You see, the Bible flows from Creation (Gen 1-2) to Renewed Creation (Rev 21-22).  This is the narrative of Scripture.  Nothing in the text (if read in its proper context) alludes to the actual complete destruction of the planet.  This world’s worth to the Creator runs deep and because of this, the world as a whole ought to be intrinsically valuable to us.  Physical / earthly realities such as social injustice, violence, hunger, preventable sickness, and the destruction of nature are invitations to the church of Jesus to get our hands dirty and proclaim that this world matters (even in its broken state)! Christ will complete creation upon his return, uniting heaven and earth for the life of the age to come!

The famous “rapture” passage is found in 1 Thessalonians 4.15-17 and reads:

According to the Lord’s word, we tell you that we who are still alive, who are left until the coming of the Lord, will certainly not precede those who have fallen asleep.  For the Lord himself will come down from heaven, with a loud command, with the voice of the archangel and with the trumpet call of God, and the dead in Christ will rise first.  After that, we who are still alive and are left will be caught up together with them in the clouds to meet the Lord in the air. And so we will be with the Lord forever.

This passage, when placed in the larger context of the chapter, is answering questions that Christians in Thessalonica had concerning death.  What has happened to our loved ones who have died before the return of Christ to earth? What is theirs and our ultimate destiny? Paul’s answer: bodily resurrection at the return of Christ to earth!  Not an escape into the sky*… 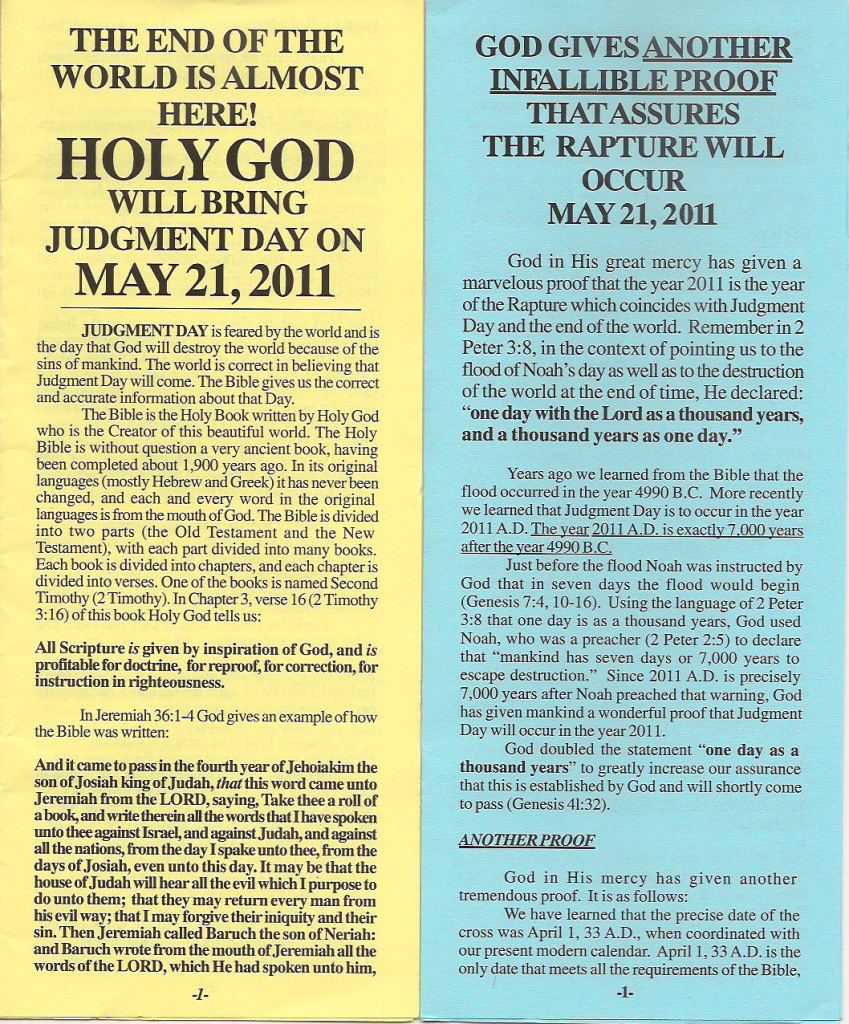 In this passage, Paul borrows two specific images from the Old Testament that would have been familiar to Jewish converts and Gentiles who were familiarizing themselves with the Hebrew tradition.  The first of these that Paul employs in the text has to do with Moses who comes down from Mount Sinai with the Law with the great blast of the trumpet.  The second image is taken from Daniel chapter 7 where the “one like the son of man” and the community he represents is vindicated over the enemies of the people of God.  Clouds here symbolize the power and authoritative judgment of God about the rescue of his people. This idea now seems to be applied to Christians who are facing various forms of persecution.

Finally, there is a third image in the text that comes from outside of the canonical context.  This is the image of an emperor who visits a city.  The people of that region would have gone out to meet him to usher him into their home in a royal procession out in the open air.  This, Paul seems to apply to the church who will usher in their King into the new creation.**

Rapture, as it is popularly understood, is nowhere to be found in this “rapture” passage.  Christ will return, to resurrect, to purge, to heal, and to ultimately establish the eternal kingdom of God on this earth.  That’s it.

So, will the Rapture happen on this coming Saturday May 21st, 2011?  Well, not the kind of rapture that folks at Family Radio are talking about.  Christ certainly can return whenever he wants, but I am not counting on it this coming week.  I wonder how the Family Radio followers will feel on Sunday?  I pray that rather than lose their faith in Christ, that they will leave behind radical fundamentalism and discover a hope-filled faith of New Creation!

* For a study on the word for “air” in this passage that demonstrates why the common interpretation is probably flawed, go to: The Air ‘Up There’ OR The Air ‘Down Here?’ A Word Study in 1 Thessalonians 4.17 (rapture?).