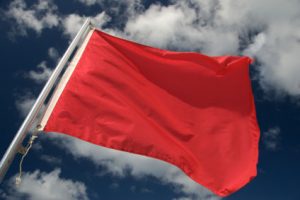 My church (Iglesia del Barrio) is located in the neighborhood called Kensington, known as one of the most economically oppressed neighborhoods in Philadelphia, as well as the home to several of the top ten drug corners in the city.  One summer, I was pulled over by the police.  When I told them I was a youth pastor at Iglesia del Barrio, they thought I was being “smart.”  They told me to get out of the car… place my hands on top of the trunk…. and they proceeded to frisk me.  I didn’t do anything illegal, I guess they thought I had to be up to something, being a white guy, in “the hood.”  Why else would I drive through this neighborhood, unless I was up to “no good? ”

This would not be the last time I had a run in with the police.  A few years ago we had the small side window in the back of our car smashed by some local kids.  Nothing was stolen, and it was more of an inconvenience than anything. Because we had just paid to replace the side mirror from an all too common hit-and-run accident on our street, we decided to fix our window with duct tape!  I figured if it were good enough to cover my pocket calendar and butt-Bible (pocket Testament), then it would be fine to fix the window.

One evening, after “Youth Night” at our church, I took a couple youth home and I passed a police officer.  I saw him eye-ballin’ me but I didn’t think much about it.  He even drove up next to me… but, all seemed well, until I made the turn onto Frankford Ave.  Suddenly the lights go on and he pulls us over.  He asked about the duct tape window, and asked to see my license and registration.  Apparently he believed my story, and eventually let us go.

The next week was a little more dramatic.  Once again, I was taking the same two kids home, and I was even turning onto the same street.  This time I was very aware of my surroundings, taking mental notes of any police presence.  As I waited at the stoplight I saw a police car down the street to my left.  Should I go ahead and turn on red?  It was legal, but would the police take notice and try to stop me?  Ahhh, I’m being paranoid.  I turned.  I watched.  Yes!  The police officer is not moving, we made it!  Made what?  What is happening to me?  Is there any cause to fear the police when I know I have done nothing wrong?

Then it happened.  A bright light shone down on our car.  Initially I thought it was the second coming of Jesus and I asked the youth with me if they were ready to meet their Maker.  After a while went by, and I was unable to hear the Angel’s trumpets, I realized it was a police helicopter!  This is not an uncommon sight in our neighborhood but what was different about this particular situation was that as I drove down the street, the light kept following me!  Sure enough, there was a police car speeding down notorious Frankford Ave.  I thought they must be after the car in front of us, since they had pulled over so quickly.  Oh wait… those were undercover cops.  In fact there were two cars filled with undercover cops.  Before I knew it, several police cars and a helicopter had surrounded us.  We were busted!  Wait a minute… we didn’t do anything.  The police officer yelled at me to turn off the car.  He then asked me about the good ol’ duct tape.

I proceeded to tell the police officer that I work with youth at Iglesia del Barrio, etc.  They took my driver’s license and registration.  As we were waiting, the fifteen-year old sitting in the back asked one of the undercover police if he wanted one of his pretzels that he was eating.  He wasn’t being rude about it, or even trying to be that funny.  He was offering a pretzel.  The undercover cop said, “Do you think you’re funny?  How would you like me to smash your $%#@ face into the cement and kick in your teeth?  I think that would be funny.”  What?  Smash your face and kick in your teeth?  For what?  Offering a pretzel?  I sat there stunned…

The undercover cops quickly got back into their cars and off they went looking for their next victims.  The uniformed police gave me back my license and registration.  He said that he was sorry for the trouble.  I then said, “Excuse me officer.  I am not trying to be a jerk, but I really think it was wrong, the way the undercover cop handled this situation.”  I proceeded to tell him that I thought it was very rude how he had handled himself and that I thought it was a very racist act (the officer was white and the youth was Puerto Rican).  The officer then assured me that it didn’t matter if the kid was “blue, purple, or yellow, ” that what the undercover said was not even true, he was only putting on an act!  He informed me that because they do not usually meet nice people on the street, they have to put up the front that they are tough.  He then said I should get the window fixed because it was a red flag.

What does all of this mean?  Are all police bad actors?  Are my calendar and butt-Bible wrapped in gray duct tape also red flags?  In all seriousness the situation shook us up a bit, especially the young man sitting in the back.  First of all, they were not acting.  In that very neighborhood, as a congregation, we know personally, and have seen with our own eyes… police brutality.  We have seen people thrown to the cement and beaten up by the police… it sure didn’t look like they were acting!  I wonder what would have happened if I actually had stolen the car?  Would they have still been acting?  Or better yet, I wonder what would have happened in the same situation if I had been black?

The police officer told me that the gray duct tape was a red flag.  What are some other red flags police look for?  Skin color?  Certainly not!…We are all created equal and have the same rights…or do we?  Just a week after this event, the police stopped a friend of mine who happens to be African- American.  They said he looked like someone they were looking for.  His crime?  Walking around, minding his own business, and oh yeah….his skin is black.  He was detained for a few hours, asked too many questions, and he said that he felt like a side-show.  The police officer said that it was my friend’s fault because he was wearing a hoody (hooded sweatshirt), had his hands in his pockets (it was cold) and they thought he looked shady (suspicious).  Red flags.  I never really knew about them until that night.  You see, they are these things that police look for as signs of criminal activity.  Obviously red flags range from gray duct tape to hooded sweatshirts to someone warming their hands on a cold evening to having black and brown skin.

It is amazing how having a red flag can change the way you live.  If you have gray duct tape you drive a little more careful, and every cop you see makes you wonder if you will be pulled over again.  The good thing is that I can get rid of my red flag.  But what happens if you have a red flag that cannot be gotten rid of?  I cannot even fathom.

Looking back over the situation I can only guess if I handled the situation correctly.  Part of me wonders if I should have confronted the undercover immediately, rather than simply talking to the uniformed cop.  If he was only acting, I wonder how he would have re-acted to my displeasure of his comments?  Also I wonder what sort of things I view as red flags?  What are my stereotypes?  Why are they stereotypes?  What stereotypes have I been fed as a white, heterosexual male living in America?  I am beginning to think that a lot of people have a lot of red flags that allow them to maintain power over others.