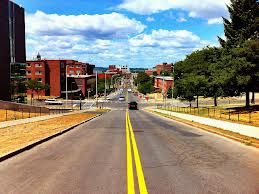 Can you picture what we’ll be
So limitless and free
Desperately in need of some stranger’s hand
In a…desperate land!
“The End” by the Doors

I know most of the drug dealers and prostitutes in my city.

I worked at my local rescue mission drug and alcohol rehab program for a bit over six years. That was long enough to see several clients come through more than once. One guy, in his early thirties told me that he had been in over 30 programs. He had been in our eight-month program three times.

Some even “graduate” our program and reunite with spouse or family and achieve gainful employment. And the vast majority, when they get their first paycheck, relapse, lose everything again, and end up in jail, on the streets
or back in our program.

There is also a strong family connection – almost a tradition. We have had brothers in the program at the same time. Sons and mothers, even fathers and daughters.

We had one woman in her early thirties, who had been in the program at least three times. Her mother had died from a drug overdose. She herself was a heroin addict. And a prostitute.

She was telling me that she just had no choice, she just grew up using drugs. Her mother showed her how to shoot up.

I asked her if she had any brothers or sisters. She had a brother who was a high school teacher – he had never used drugs.

I asked why. The answer was obvious – he had seen what drugs had done to their mother.

One day I was walking across the large room where I work when a woman, new to the program, asked me if I had ever been an addict.

I had something else on my mind and, didn’t put much thought to it and just absent-mindedly responded, “No, I’ve never been that organized”.

Dead silence in the room. “Huh, what do you mean?”

“Oh, it just sounds like too much work – you know, to keep track of a steady and reliable source, to maintain connections with some people and keep it all hidden from other people. I just couldn’t come up with that kind of
money and time – and stay that committed.”

“Oh yeah…I never thought of it that way before.”

I was hired as a teacher, but I learned far more than they did. Yes, it is easy to say addiction is ultimately purely selfish. But, like suicide, it is a self-destructively desperate strand of selfishness. It is a strange,  incomprehensible whirlpool of self-destructive self-preservation. It is a swirling melange of survival and escapism, combined with a fierce collision with a raw reality that few of us will ever encounter. Addiction is a territory – a parallel world with its own rules and language. Addicts walk among us, live in our neighborhoods, perhaps work along side us. In their
own way, they are “in the world, but not of it”. Those of us who are not addicts literally do not live in the same world – we might intersect with drug users, walk past them or work with them, or even be related to them,  but they carry a burden, a harsh and unforgiving taskmaster, that we could never imagine. Addiction is the ultimate unyielding legalism – there is no time off – no holidays. Addicts are citizens of a world far from us. And yet
terribly close to us, and its pit is possible for any of us.

There is something in them – or perhaps taken from them, that we, the non-addicts, cannot know. Perhaps they don’t even know what it is – but it sets them apart – not just from us – but even from the person they once were – and can never be again.

In one discussion, we were talking about intense life-changing experiences. One woman told the small group that her most exciting activity was to have sex in public places. She had a husband, as well as a drug habit. He had a
drug habit also, so it seemed reasonable, in the logic of addiction, that she should be a prostitute and generate cash for both of them.

Her routine was that she would have sex with a stranger, go to a drug center and buy enough crack to make it all seem tolerable. It all revolved around twenty dollar bills.

After an absence of about six months, I saw her again. Even though I knew her quite well, I literally did not recognize her. It’s truly frightening to see what a season of full-bore drug use, sleep deprivation, prostitution and
homelessness can do to a person. She had aged about forty years. In six months.

My people, and I could call many of them friends, swing from a free-form near animalistic existence on the streets to the stultifying life of a caged spirit in prison. They have known a level of humiliation and degradation few of us, fortunately, could even visualize. Their world brims with a surreal desperate freedom. They have fierce rules of survival and avoidance that would baffle or overwhelm most of us. They have remarkable strategies for evading financial and legal institutions and expectations (imagine living without a bank account or driver’s license for example). They live under the radar of school and social service agencies – the Census Bureau, for example, does its best to track the homeless, and comes up with estimates. Many are deliberate evaders of anything like a “normal” life of responsibility and social obligations, yet addiction, or even hunger or the weather can be fierce taskmasters.
I peer into their world like some kind of alien tourist. Much of what they say doesn’t make sense to me. I understand their words, but their experience is so far from mine that it barely registers as I listen. But I do listen,  and for most of them, that is a new experience. To have someone listen to one’s tragedies without judgment is one of life’s ultimate luxuries. Most people treat addicts with contempt. I cannot. Most of them have survived a level of loss and betrayal (many times, self-betrayal) few of us could survive. One guy used to sit and stare blankly and say “Nowhere to go. Nowhere to be.” He had burned every bridge in his life. No one, his parents,  children, brothers or sisters, wanted him around. No one in his world welcomed him home. There was no home that would take him. He only felt safe
around total strangers.

And, as bad as that might be, consider how you might look at life if you knew, deep down, that above all, you knew they were all right, that you couldn’t even trust yourself.

There is another constellation of questions to ask about the addicts and homeless of our cities: Is there a purpose for their presence? Do we who are not addicts or homeless have any kind of direct relationship or
responsibility toward them?

Perhaps we might learn something from these words from over a thousand years
ago; “In a Christian community, everything depends upon whether each individual is an indispensable link in a chain. Only when even the smallest link is securely interlocked is the chain unbreakable. A community that allows
unemployed members to exist within it will perish because of them. It will be well, therefore, if every member receives a definite task to perform for the community, that he may know in hours of doubt that he, too, is not useless and unusable. Every Christian community must realize that not only do the weak need the strong, but also that the strong cannot exist without the weak. The elimination of the weak is the death of the fellowship.” – Benedict of Nursia, Father of Western Monasticism, c.550

If our faith has more to do with the founder of our faith than with contemporary rules and cultural expectations, we might find ourselves aligned with the eternal wisdom Dietrich Bonhoeffer speaks of;

“It is not experience of life but experience of the Cross that makes one a worthy hearer of confessions. The most experienced psychologist or observer of human nature knows infinitely less of the human heart than the simplest
Christian who lives beneath the Cross of Jesus. The greatest psychological insight, ability, and experience cannot grasp this one thing: what sin is. Worldly wisdom knows what distress and weakness and failure are, but it does
not know the godlessness of men. And so it also does not know that man is destroyed only by his sin and can be healed only by forgiveness. Only the Christian knows this. In the presence of a psychiatrist I can only be a sick
man; in the presence of a Christian brother, I can dare to be a sinner.”