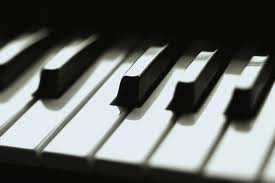 There are people who go to the symphony and clap because they know that’s what they are supposed to do at the end of the concert, but the music has no value to them.  It is when the music inhabits the listener—possesses him or her—invades the person, and when the individual is overwhelmed by the music, then that individual will not clap, but is likely to remain silent.

How many in an art gallery stand in front of a famous painting and make stupid statements in an effort to appear as a connoisseur of art.

So it is with Christianity.  People have learned to say the right things and pretend that they understand the way some people pretend they understand music and art, but those for whom the cross and the sufferings of Christ are fully experienced (Phil. 3:10) enter into something that is so profound that they can only stand in speechless awe.

Christians should know that as they preach, they are not so much telling people what the people do not know, but getting them to believe and see that to which they have only assented to, but have never become committed to.

All to often preachers think they have to tell people what to do rather than teaching them what to do.

When I was a freshman at Eastern University, we had chapel on a regular basis.  I remember going to chapel one day, but my watch had stopped (we had windup watches in those days).  As I came rushing in the front door of the chapel, people were just being dismissed because chapel was over.  I bumped into one of my professors and I said, “Oh, I am so sorry!  I suppose the service is over.”  He said, “Oh, no.  The worship is over; the service is about to begin.”

Would that we all saw worship as a call to service.

The Christian life is a life of service, a life focused on living out the words of Christ. That is the message that needs to be preached and preached always!