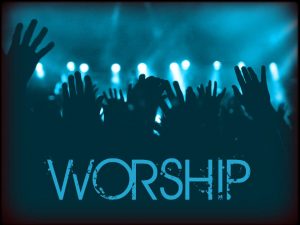 One reason churches are splitting these days is over forms of worship. There are those who contend that we are not going to bring in a new generation of young people unless we introduce into the worship service a guitar-led band and employing all the new worship songs that become omnipresent in youth gatherings. On the other hand, there are those who contend that a great deal of this new music contains lousy theology and is in no way melodious. Older people want to sing the old hymns of the Church and there are those who think that moving them out of worship is close to blasphemy.

Some churches have tried to settle this conflict by having two different services—one which uses contemporary worship music and one where the music is traditional.  The problem with this is that it tends to create two separate congregations with two different perspectives on the faith. Music does condition the way in which we understand our Christianity and the way we live it out. I, personally, would like to see in each church a blended service that makes room for both the old and the new, so that those who relate to contemporary worship music will feel an opportunity to express themselves and those older folks (and it’s usually the older folks) who want the traditional hymns will find that there is a place in the worship service for their music as well.

Jesus had it right and we should follow His suggestion and evidence something of the kingdom of God by having both the old and the new when we gather together as a body of believers for worship.