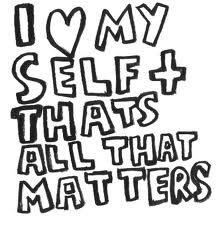 The killing of Trayvon Martin by George Zimmerman earlier this year has brought out the usual political punditry.  Everyone “knows” the “real” reason Martin took a bullet, even though they can’t seem to agree on what that real reason actually was.  As with theology, so with politics: the conclusion to which one comes seems more easily predicted by one’s prior beliefs, than by the facts in the case.  Conventional wisdom says Trayvon was killed because he was a black kid in a hoodie.  There’s probably some truth in that, though I suspect it’s more accurate to say he was confronted because he was a black kid in a hoodie, and his death was the result of an unfortunate escalation of the confrontation.  Bill Cosby and CNN commentators counter that the proliferation of guns and gun rights are also to blame, perhaps more so.  They too have an element of the truth…certainly if George Zimmerman wasn’t packing heat he couldn’t have used it.

But lurking in the background is a deeper question that I don’t hear being discussed, and that is the value of already-born human life.  I say this because, as we all know, the stage upon which the current drama is playing out includes Florida’s “Stand Your Ground” law.  As represented in the media (and I have heard this characterization on both Fox and NPR), if a person “feels threatened” he or she has the right to use deadly force against a would-be attacker, and has no “duty to retreat.”

Importantly, Florida’s actual Stand Your Ground law is a bit more tightly worded than either conservative or liberal media suggest.  Most of it involves defense of a residence or vehicle, the so-called “Castle Doctrine, ” which in essence allows a homeowner to shoot on sight anyone who breaks into his/her home, vehicle, tent, etc.  The part of Florida’s law that might apply to Zimmerman’s defense is XLVI 776.013(3), which reads:

A person who is not engaged in an unlawful activity and who is attacked in any other place where he or she has a right to be has no duty to retreat and has the right to stand his or her ground and meet force with force, including deadly force if he or she reasonably believes it is necessary to do so to prevent death or great bodily harm to himself or herself or another or to prevent the commission of a forcible felony.

It is this “no duty to retreat” clause that causes me the greatest concern. The concept of a duty to retreat, historically, has meant that a claim of self-defense to justify homicide would only be sustained if the defendant not only feared for his life, by also had no reasonable means of escape.  In other words, if retreating could have de-escalated the situation without resulting in death or serious injury to either the defendant or a third party, then the defendant had a duty to extract himself from the scene rather than resorting to lethal force.

I’m not going to argue the history of the laws. My question is not a legal one, but rather moral: what is a human life worth? The Florida law explicitly states that anyone who has forcibly entered your home (i.e., broken in) can be presumed to have violent intent…therefore, in essence, the inviolability of your threshold is worth a life. Stand Your Ground says you need not leave the scene if threatened, even if the only wound you might sustain by retreating is to your ego. Bluntly, your pride is worth a life.

This is not unusual in our culture. Listen to conservative American commentary on our wars and foreign policy–heck, listen to our presidents–and it is clear in numerous circumstances that we as a people are perfectly willing to take human lives, at times in great numbers, for no greater cause than our pride in our greatness as a nation.  As goes the people as a whole, so go many as individuals.

Christians disagree about the appropriate boundaries for the legitimate use of deadly force. I myself am not an absolutist in this regard, though my criteria are stricter than most. But I see no rationale whereby the follower of Jesus can justify or defend the doctrine of Stand Your Ground, rooted as it is in the presumption that one man’s ego could ever justify taking another man’s life.

How does this apply to Zimmerman?  Well, he’s likely to be tried either against the state Stand Your Ground law, which even former governor Jeb Bush said is not applicable, or on federal civil rights charges.  Neither is likely to address what I think is the root cause of ego-vs-life, but nor will they address the other relevant question, which is training for those who are armed.  This is the practical side of the Martin/Zimmerman story, and it’s likewise getting no play.  We can argue all day about whether guns, or concealed carry, should be legal in this country.  Bottom line, those arguments will garner lots of donations to the NRA and to gun control groups, but they’ll accomplish little else.

I think we ought to try for a little common ground by requiring that those who have the permission to carry a weapon–particularly a concealed handgun–must undergo regular training.  I don’t mean how to shoot, though they certainly should be proficient with their weapon.  I mean when to shoot.  I rather suspect that in most situations where a weapon is involved, the escalation to the pulling of a trigger happens incredibly quickly.  I know many police departments require their officers to undergo shoot/no shoot simulation training on a regular basis.  So ought civilians.  Evaluating the danger of a confrontation is tricky business, and there are no simple answers.  But those who hold in their hands the power to take life, owe to the rest of us the discipline to have thought, and practiced, and thought some more about just when that power ought to be used.  I’m neither judge nor jury, but I’m guessing that neither George Zimmerman nor the vast majority of his supporters have exercised that discipline.

—
Dan Martin has worked in health, international development, and information technology, and now lives in Atlanta with his wife and three children.  Raised to look back to the source for his faith, Dan has been gripped by the contrast between the life Jesus described, and the practice of the church.  Dan blogs on faith and discipleship at http://nailtothedoor.com.