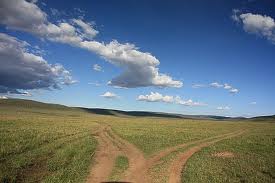 I chose the latter path, represented by an array of figures (from C.S. Lewis to Francis Schaeffer to John Stott) and organizations (from InterVarsity Christian Fellowship to the Jesus Movement to Evangelicals for Social Action to Sojourners).

In the decades since then, those paths have criss-crossed and split and converged and re-diverged in more ways than I could have imagined. The choices have changed, but the need to choose has not.

One popular contemporary path has a lot to recommend it and many young evangelicals are choosing it. Travelers on this path are sure of themselves, uninhibited and uncompromising. They know what they believe and they let their true colors shine. They employ creative and bold rhetoric (something I approve of and often fall short of). Whenever creative and bold rhetoric fails them, folks on this path don’t back down. Instead, they often put their outspokenness on steroids, amping it up with mockery and misrepresentation when necessary (something I occasionally indulge in and always feel ashamed of the morning after).

People on the other path are not, as you might expect, the opposite of the first. They are not timid and retiring. They are not hesitant and unsure. They are no less passionate and articulate than those on the first path. But there is a key difference.

The difference is exemplified by a young Evangelical communicator named Rachel Held Evans. In her book and blog posts, she excels as a creative, bold communicator. But she rejects and opposes the more excessive rhetoric of her counterparts. In fact, she has a name for that rhetoric: bullying. She doesn’t engage in bullying; she stands up to it, and urges others to do so as well.

I’m not sure which road is broader and which is narrower. I suppose it depends on how you define broad and narrow. But I know which road I’d rather be on. The choice made by this generation of young evangelicals will make all the difference, for them and for the shared future we are creating now.

—-
Brian McLaren is an author and speaker who’s new book is Naked Spirituality: A Life With God in 12 Simple Words