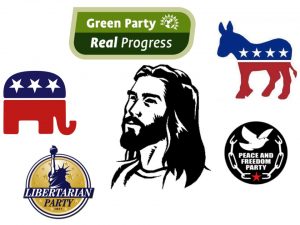 A few months ago there was a provocative article written by Phil Zuckerman and Dan Cady called: Why Evangelicals Hate Jesus. It would be easy for many to be up in arms about such an article, but maybe it takes a critique from the ‘outside’ to make us look honestly at our ‘inside.’ They state:

“White Evangelical Christians are the group least likely to support politicians or policies that reflect the actual teachings of Jesus. It is perhaps one of the strangest, most dumb-founding ironies in contemporary American culture. Evangelical Christians, who most fiercely proclaim to have a personal relationship with Christ, who most confidently declare their belief that the Bible is the inerrant word of God, who go to church on a regular basis, pray daily, listen to Christian music, and place God and His Only Begotten Son at the center of their lives, are simultaneously the very people most likely to reject his teachings and despise his radical message.”

If you’ve read any of my other articles, you probably can guess that I sympathize with this sort of critique.  They go on to note that:

“In short, Evangelicals are that segment of America which is the most pro-militaristic, pro-gun, and pro-corporate, while simultaneously claiming to be most ardent lovers of the Prince of Peace.”

“Of course, conservative Americans have every right to support corporate greed, militarism, gun possession, and the death penalty, and to oppose welfare, food stamps, health care for those in need, etc. — it is just strange and contradictory when they claim these positions as somehow “Christian.” They aren’t.”

I think that the authors of this article have a point. So, for the next few moments I want to examine the political platforms of several of the Parties and explore some things that I think Jesus might be for…

An honest and just judge.

It seems that justice in Scripture often depends on the ones who are given the legal task of carrying it out. This is why I think Jesus would be for judges like these…

“Republicans believe a judge’s role is to interpret the law, not make law from the bench. Judges in our federal court system, from district courts to the Supreme Court, should demonstrate fidelity to the US Constitution. We Trust the judicial system to base rulings on the law, and nothing else” (http://www.gop.com/index.php/issues/issues/)

Jesus would also be completely pro-life. As its often said, from the womb to the tomb. This has to do with the rights of the unborn, health care, social justice issues, immigration, anti-war, anti-death penalty, anti-assited suicides, etc. The problem with many a hipster Christian, is that we come close to forgetting how IMPORTANT the abortion issue really is! Here is another Jesus-like political platform…

“Faithful to the first guarantee of the Declaration of Independence, we assert the inherent dignity and sanctity of all human life and affirm that the unborn child has a fundamental individual right to life which cannot be infringed…
In keeping with that commitment, we oppose the non-consensual withholding of care or treatment from people with disabilities, as well as the elderly and infirm, just as we oppose euthanasia and assisted suicide, which endanger especially those on the margins of society.” (http://www.gop.com/2008Platform/Values.htm#5)

If we Christians who care about the poor and downtrodden simultaneously forget about the genocide of abortion, we have lost our integrity.  Thanks be to God that there are some Republicans who have not forgotten about this important issue!

And although I didn’t not support it with a quote, a third area that Republicans get right in principle is that people are responsible for their actions.  It is how to deal with situations as a community once an individual acknowledges their need for help where the issues can get more complicated.  Individual responsibility matters… helping can lead to more hurt (to borrow from a popular book title) if such individuals do not choose to be empowered.

Jesus would be about civil rights.
No one deserves to be treated as a lesser human, because all stand equal before God.

Here is a principle that I think Jesus might support….

“Civil Rights are not just abstract principles. They represent nothing less than our ability to provide for ourselves and our families and to live free from discrimination or persecution. For decades, Democrats have fought for these values, working to ensure that all Americans have the opportunity to fully participate in our society—to live in a place where there are no second-class citizens, where each of us can go about our lives without fear of discrimination.” (http://www.democrats.org/issues/civil_rights)

And, O, that health care devil.
Or, maybe angel?

Depends who you are and what you believe about the state.

But, in a nation that has the means to see all its citizens taken care of when it comes to all things medical, I think Jesus would support (at least in principle, even if the application of such has its flaws) health care for all…

“In March of 2010, President Obama fulfilled a promise that Democrats have pursued for nearly a century: making health care available to all Americans. In all, seven Democratic presidents pushed for health reform over the years, each one moving the ball forward—from Medicare to children’s health insurance—until today, when we finally are able to make real the principle that every American should have access to affordable health care, and no one should go bankrupt just because they get sick.” (http://www.democrats.org/issues/health_care)

For Jesus, education would also matter. Yes, unskilled ordinary folks were with Jesus… but what did he do with them? He taught!!!!

In our society, education = a level playing field.

Now, here is a hot issues. Immigration. Would Jesus be for racial profiling… I think not.

He would show hospitality to immigrants, documented or not, and would want an easy process for these good folks to become citizens…

“We need to bring the 11 million undocumented immigrants out of the shadows and create a legal, fair, and economically viable system that holds both immigrants and employers accountable and finally to ensure that our borders are safe… “ (http://www.democrats.org/issues/immigration_reform)

Notice that most of these good folks probably don’t drink tea 🙂
At least it seems that the following Libertarian values for dealing with foreign policy are probably not on the consciousness of the tea party express.

But let me express, that Jesus might dig the following about Libertarians…

“We support the maintenance of a sufficient military to defend the United States against aggression. The United States should both avoid entangling alliances and abandon its attempts to act as policeman for the world. We oppose any form of compulsory national service…American foreign policy should seek an America at peace with the world. Our foreign policy should emphasize defense against attack from abroad and enhance the likelihood of peace by avoiding foreign entanglements.” (http://www.lp.org/platform)

So, yes, I think Jesus understands that the nations of this world will need armies.

This is not his ‘ideal’ but is what is needed to punish evildoers according to Romans 13.  See this post for more on that oft misread passage.

But, again, the key thing that Jesus may like about this previous paragraph is that the army should not “act as policeman for the world!”

“2. SOCIAL JUSTICE AND EQUAL OPPORTUNITY
All persons should have the rights and opportunity to benefit equally from the resources afforded us by society and the environment. We must consciously confront in ourselves, our organizations, and society at large, barriers such as racism and class oppression, sexism and homophobia, ageism and disability, which act to deny fair treatment and equal justice under the law.”

Jesus is also green, well not in the political party sense as much as caring for the creation.

In fact, his death and resurrection is “reconciling all things in heaven and on earth” meaning that Jesus died for all of it! Not just people. So, being wise with our natural resources would be a must for Jesus…

“3. ECOLOGICAL WISDOM
Human societies must operate with the understanding that we are part of nature, not separate from nature. We must maintain an ecological balance and live within the ecological and resource limits of our communities and our planet. We support a sustainable society which utilizes resources in such a way that future generations will benefit and not suffer from the practices of our generation. To this end we must practice agriculture which replenishes the soil; move to an energy efficient economy; and live in ways that respect the integrity of natural systems.”

Now, here is a word you have seen me write about before: non-violence. Oddly enough, Jesus would take the Green definition even further to actually mean “never-violence” (well, for Christians at least), but for a foreign policy, Jesus might go for this…

“4. NON-VIOLENCE
It is essential that we develop effective alternatives to society’s current patterns of violence. We will work to demilitarize, and eliminate weapons of mass destruction, without being naive about the intentions of other governments. We recognize the need for self-defense and the defense of others who are in helpless situations. We promote non-violent methods to oppose practices and policies with which we disagree, and will guide our actions toward lasting personal, community and global peace.”

And… O brother, more of that justice stuff. Except here there is a focus on the good of all humanity, not just the USA. I think Jesus might care about other countries too…

“9. PERSONAL AND GLOBAL RESPONSIBILITY
We encourage individuals to act to improve their personal well-being and, at the same time, to enhance ecological balance and social harmony. We seek to join with people and organizations around the world to foster peace, economic justice, and the health of the planet.” (http://www.gp.org/tenkey.shtml)

And finally, peace and freedom. Well, Jesus came to bring both… in his way.
But, I don’t know if Jesus would like this next platform issue, but I selfishly think he should 🙂 …

“A 30-hour workweek with no cut in weekly pay; longer paid vacations.”

And, for those who can’t work because of various limitations, Jesus would want us to care…

“Guaranteed dignified income for those who cannot work.”

And in Jubilee fashion, Jesus might even want to balance the scales a tad bit…

“Tax the income and assets of the rich to meet human needs.”

And, since Jesus is the one who defeated death, I think his political platform would include fighting death in the present time…

“Give special attention to preventing epidemics of communicable diseases such as AIDS. Guarantee the rights of people living with AIDS”

Jesus might even value ending capital punishment.
To value life is to oppose all things that lead to death…

I probably ticked some people off. But that is not the point of this article.

The point is that we need to see that Jesus is not a partisan politician.

Jesus would be a pick and choose independent.  He would focus on the alternative.  He would speak truth to the powerful in a prophetic fashion and offer a better way for his covenant community.  Jesus would tell his followers to be prophetic when needed but to also model what a truly just government ought to look like in the way you deal with each other!

And ultimately, he already won the most important election in history. His deeper concern is for an empire that transcends borders. He called such the “kingdom of God” and Jesus is calling his people to live in allegiance to that nation.

He is king of the universe and one day, all things will be underneath his feet.