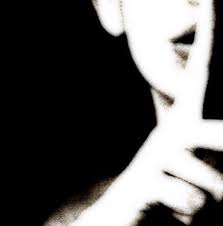 Many of us were raised in churches that taught that women should be silent in the church because of the teachings of Paul in 1 Corinthians 14:34. When we read the passage, sure enough, we see the following words on the pages of the Bible: “Women should remain silent in the churches. They are not allowed to speak…” “If women want to inquire about something, ” Paul continues in verse 35, “they should ask their own husbands at home; for it is disgraceful for a woman to speak in the church.”

It is easy to read a passage like this in a literal way and miss the point Paul is making. After all, we know that there were women in scripture who spoke, particularly women prophets in this very church (1 Corinthians 11:5).

In fact, Paul exhorts all Christians in Corinth to seek the gift of prophecy (14:1). Given this apparent discrepancy, we must take a closer look at Paul’s intention for the church in Corinth.

In the context of these troubles, Paul asks women worshipping in the Corinthian church to cover their heads and refrain from asking their husbands questions during worship (11:5-6, 10, 13-15, 14:34). Clearly, Paul’s instruction to women appears at the end of his exhortation to teach the gospel in an orderly way, so others might hear and understand (14:1-36). Paul’s primary concern here is evangelism. The gospel is best taught in an orderly atmosphere. To maximize learning for all people, Paul insists upon order in worship which consumes Paul’s thoughts in chapter 14. Women and men sat in different parts of the synagogue, so for women to ask questions of their husbands would disrupt the entire assembly. For this reason, married women would need to ask questions of their husbands at home. The trouble was not with women speaking generally, but with their choice to disrupt worship specifically. After all, three chapters earlier (in chapter 11) Paul tells women how to dress when speaking in public (with covered heads), and their voices (speaking to their husbands during worship) were not to disrupt others from hearing the gospel. This passage addresses a specific problem in Corinth and is not to be universal in application.

Another example of Paul’s insistence on order in worship concerns the issue of speaking in tongues noted in 1 Corinthians 14. Though Paul favors prophecy over speaking in tongues (14:5, 9, 18-19, 32-33), he exhorts others to speak in tongues as he does. Yet, he limits the expression of tongues when it contributes to disorder that impedes the gospel. Similarly, though Paul supports women speaking in church (11:5), he requests their silence when their freedom to speak proves a distraction to the gospel. Paul’s highest priority is the gospel.

Though Paul asks women to remain silent when their voices contributed to disorderly worship, this injunction does not limit their voices in all places at all times. Remember, women were prominent as prophets in both the Old Testament (Numbers 12:1-16, Judges 4:4-5, 5:7, 2 Kings 22:14) and the New Testament. Women prophets were active at Pentecost (Acts 2:17), Phillip had four prophesying daughters (Acts 21:9), and there were women prophets mentioned in Paul’s letter to the church in Corinth (1 Corinthians 11:5). Paul exhorts all Christians in Corinth to seek the gift of prophecy. The gift of prophecy was given to men as well as women. Women and men may speak in churches today as long as their voices do not distract those who need to hear the gospel!

Women have preached the good news since Easter morning. Let’s not silence women as they work in partnership with men, advancing the Great Commission.

—-
Mimi Haddad is the President of Christians for Biblical Equality