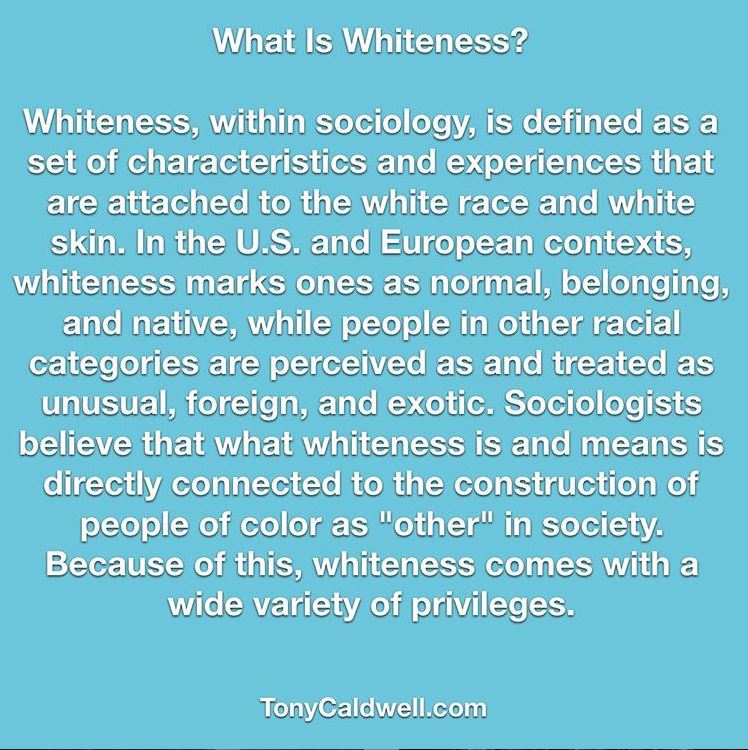 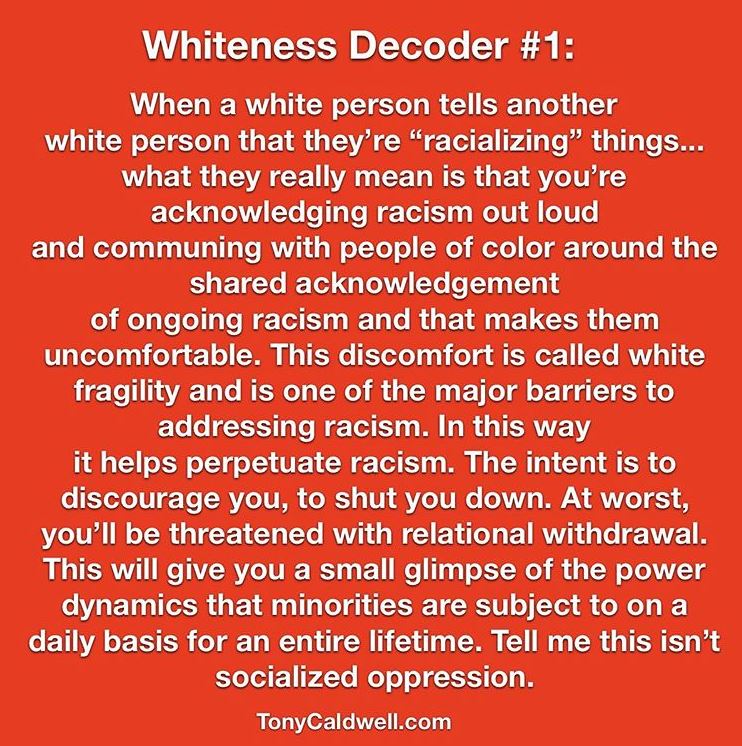 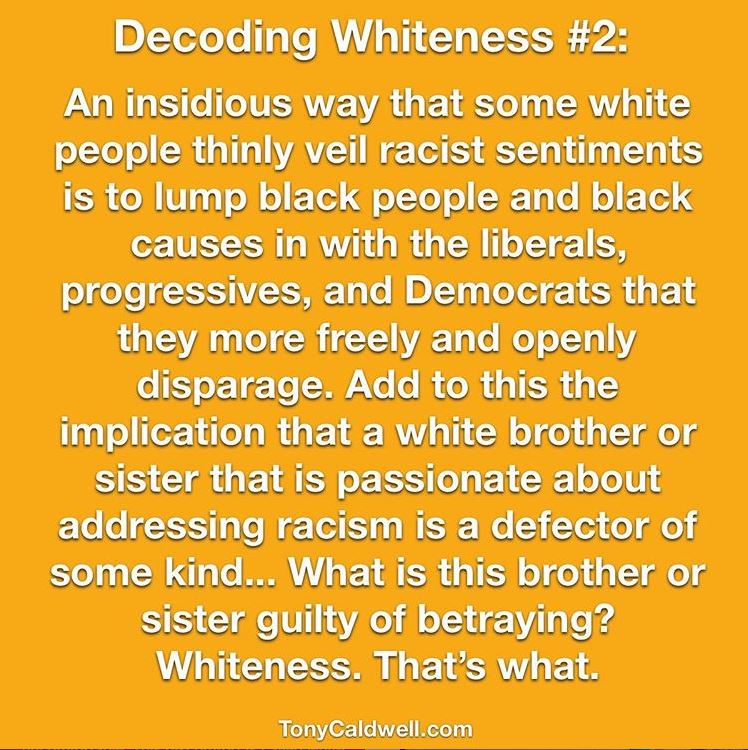 Identifying as a liberal, progressive, or Democrat doesn’t mean you’re not part of the problem. We have to walk the walk and remember that it’s not about us. When we center ourselves over the cause, we’re building an ego project. When we’re using the cause as a way to feel superior, we are engaging in the same dark energies that are inherent in racism itself. 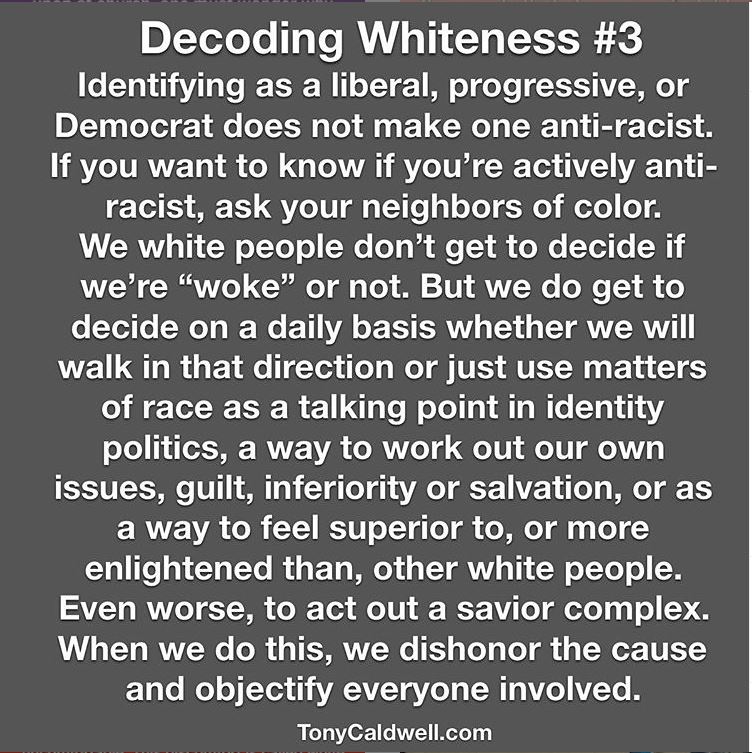 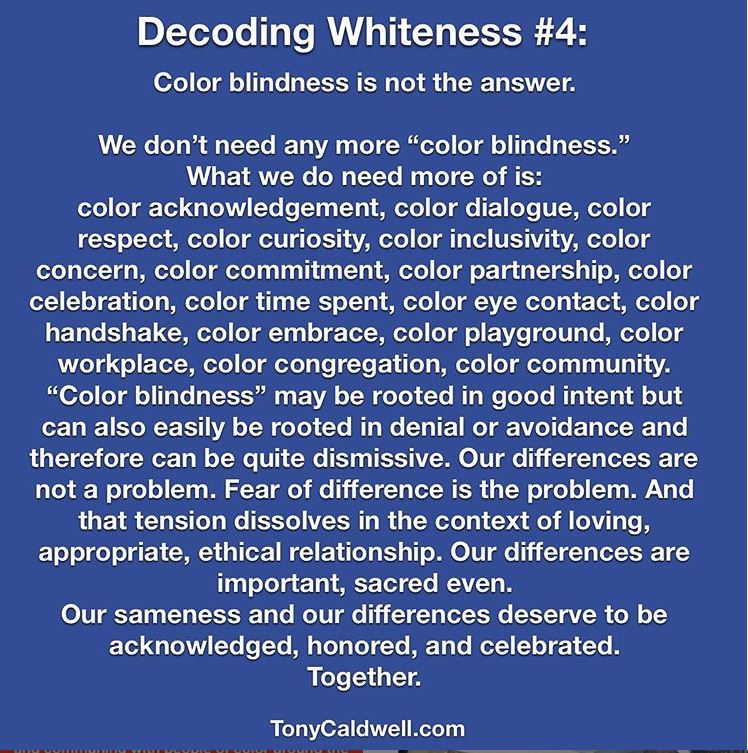 Color blindness means one is “blinded by the white.” When a white person tells you they don’t see color, ask them what else they choose not to see. Being “colorblind” is a self-serving attempt to wear a psychological prophylactic. If you don’t see color, you don’t have to see the particular pains and sufferings of people of color. If we are going to take a sober look at the reality of racism and our role in it, we must be dedicated to seeing, honoring, and believing the full spectrum of human experience. 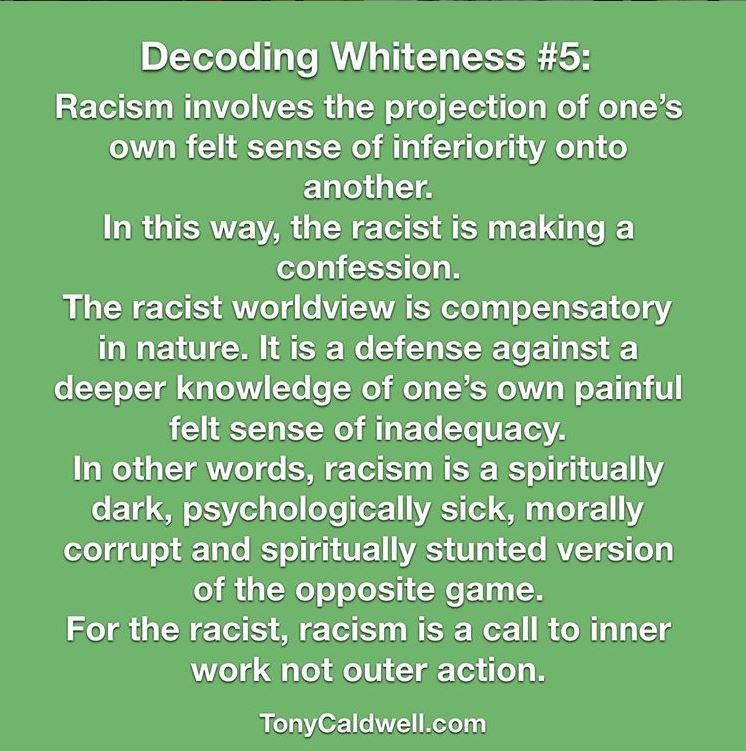 We have all been exposed to racist ideologies, structures, and dynamics since birth. We white people have also heard the spoken messages and felt the unspoken implications related to our supposed superiority and have internalized them. We experience cognitive and spiritual dissonance, because at our core we know it’s untrue. The socialized white psyche is traumatized in that it was taught how to split at an early age. We were also taught not to rock the boat by reintegrating our psyche so we often remain split. This is why Bryan Stevenson says, “The primary way trauma around racism shows up in white people is in the form of indifference.” We must do our inner work. As Richard Rohr says, “What we fail to transform, we transmit.” Our consciousness has been molested. We need a renewing of our minds. 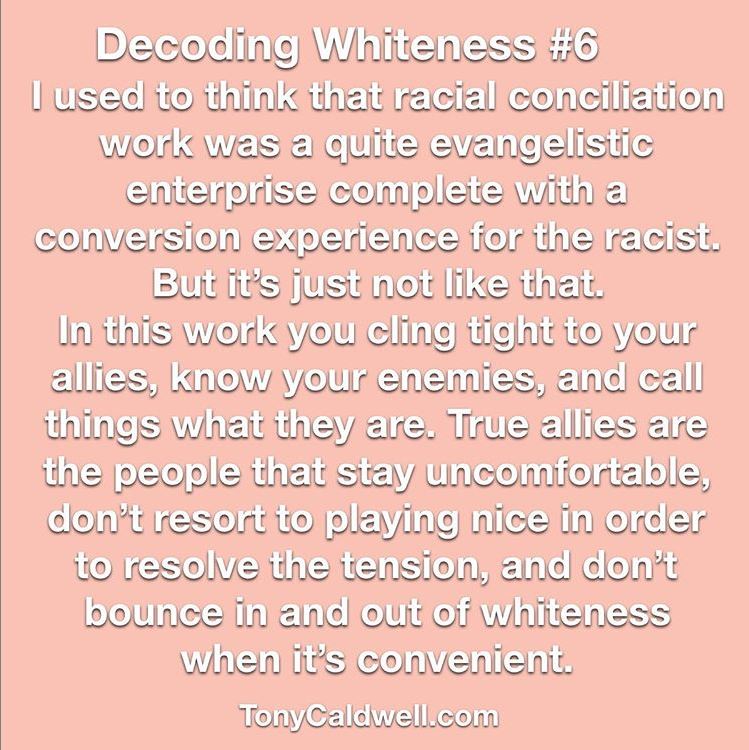 A while back, I stopped using the word “ally” to describe myself. After sitting at the feet of many wise elders of color, I have come to learn that one is not an “ally,” or living in a way that is worthy of such a title, unless one is 100% committed to being anti-racist.

There are no white allies. There are only white anti-racists. 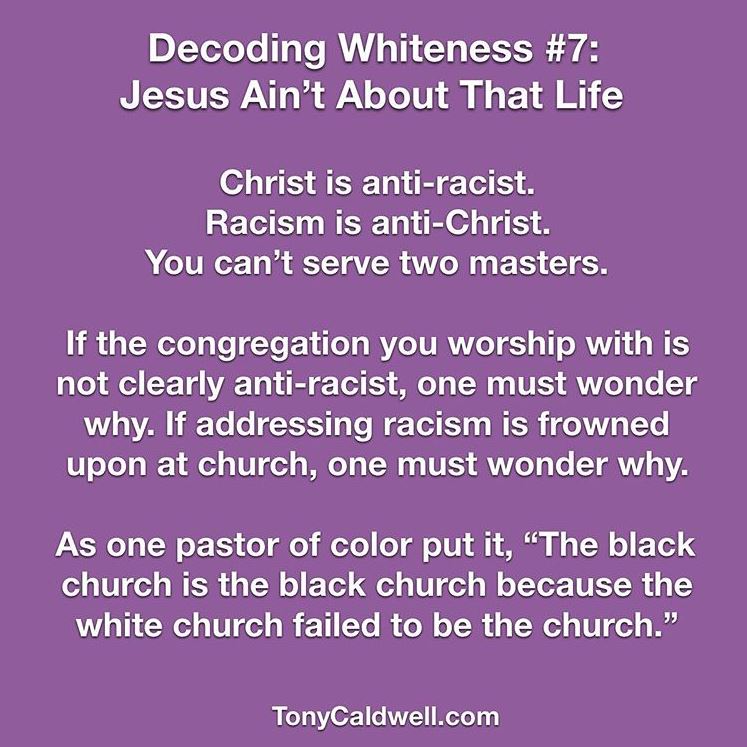 In Christ, the well-being of self and other are one and the same. 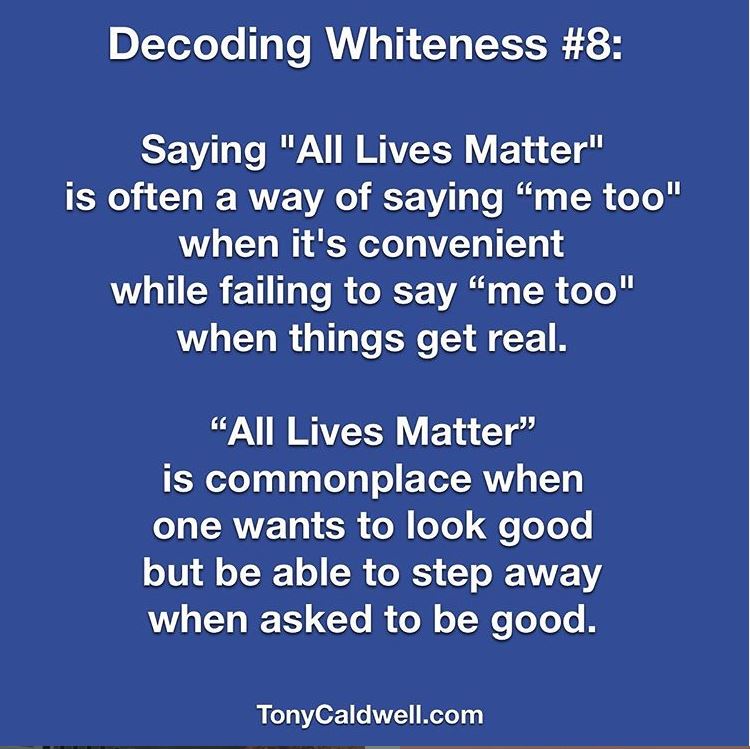 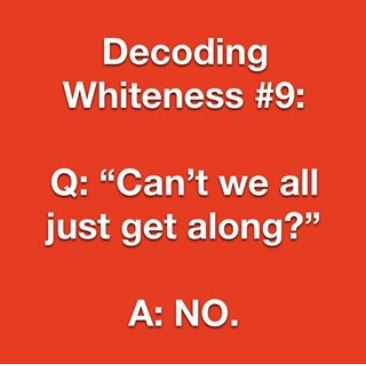 Any person that says “let’s all come together” while also being unwilling to acknowledge the experience of black Americans is unsafe and untrustworthy.

Anyone that speaks of “loving everyone” but is unwilling to denounce the policies and actions of a president and an administration that doesn’t love everyone, but rather is continually hostile, hateful, and abusive towards marginalized peoples, is unsafe and untrustworthy.

Anyone that says there are “sides” to issues of human flourishing and rampant abuses is unsafe and untrustworthy.

Make no mistake: The white moderate is always more white than moderate.

The current state of disruption is necessary.

The disorientation of those addicted to the idol of whiteness is necessary.