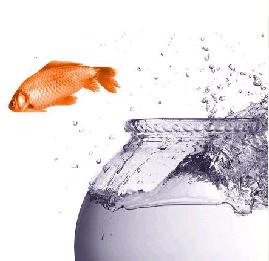 Several years ago I was taking an Evangelism class at Asbury Seminary.  We had a guest speaker come to our class who was an anthropology/ missiology professor.  I was immediately drawn to him as he sported a killer beard and Birkenstocks.  He started out by telling us that we knew a lot about content, but knew little of context.

He went on to explain that at seminary we are taught a lot about Scripture, its’ history, how to study it, etc. (content), but we do not know how to communicate its’ truth unless it is done in a white middle-class church (context)!  He then went on to talk about culture and how most of the world does not fit into our white middle-class church culture.  If we wanted to be effective evangelists we needed to know how to contextualize the gospel… in other words… we had to connect the Word to people’s reality.

Culture is like water to a fish.  A fish probably doesn’t even know water exists until it is pulled up from the water and is squirming around in some fisherman’s boat.   We each have a culture filled with forms and meanings that make sense to us and that seem normal.  Conflict can occur when two different cultures meet.  One example is the innocent hand signal folks in the States use by simultaneously putting their index and middle finger into the air. For some it means peace, for others victory, but in a place like New Zealand it means up yours!  You can see how an innocent gesture can turn ugly if one does not take the time to learn the culture.  The same form has two radically different meanings depending on the culture.

One of the reasons many white folks do not understand the current level of racism that still exists in our society is the direct result of their isolation from people of color.  I grew up in a town that was 98% white, today it is not much different (97% white with only .4% black).  As I have traveled throughout the United States I have come in contact with many more white enclaves not much different than the one I grew up in.  This blog series is not about making white people feel guilty for being white.  Living in white guilt does no one any good if it leads to apathy and inaction.  Rather than trying to speak on behalf of all white people, all I can really do is share a piece of my own journey and my own awakening to the racism that still plagues our society.

Mission Year, the organization that I work for, gives people the opportunity to live in community in an urban neighborhood for a year.  Throughout the year the participants work on being a good neighbor as they root themselves into the fabric of the neighborhood by attending a local congregation and volunteering at a neighborhood community service site.  A vital aspect of Mission Year is the weekly trainings that touch upon issues such as justice, faith, community living, urban issues, racism and many more.  During the year, we do a white identity training for our white participants, called Walking through the Stages of Reconciliation.  Rather than it being a how-to training on how to end racism, it calls the participant to join the journey of racial justice.  Rather than looking for quick fixes, we talk about the need to critically look at one’s own racial identity in light of a racialized society.  As I have studied and taught each of these stages I have come to realize that they tell my own racial journey. Not all white people are the same.  Each of us are at different places when it comes to dealing with the issue of racism.  I hope that these stages will help us to reflect on the reality of racism in our own lives and move us to living more justly.

The first stage is moving from ignorance to awareness.  This is the most basic of all steps.  As already mentioned, many white folks insulate and isolate themselves from real relationships with people of color (particularly African-Americans).  After many conversations, including both formal interviews and informal dialogue, I believe many people have a fear of the unknown.  I have seen fear in white people as I have brought them to Philly and I have seen fear in some of my youth (Puerto Rican and Black) as I have taken them to rural settings.  Like fish out of water, all that seems normal begins to get challenged….and this can be very scary for some.  We live in a society of fear that is often bred through media and the things that they selectively cover.  I hear all about the shootings, rape, and arson’s that occur in my urban neighborhood on the news.  However, I rarely hear about the incredible acts of love and service that are going on every day with greater frequency than the bad news in the same neighborhood.  As long as white folks continue to live in fear and insulate themselves in white enclaves we will never really know the reality of racism and the effect it is having on all of us.

People at this first stage tend to be oblivious to the needs (and differences) of others.  This is what I refer to as colorblind.  They live in segregated communities, attend segregated congregations, believe poverty is strictly the result of bad choices, and tend to be more concerned with individual moral development than social justice.  Folks who are at this stage of racial consciousness will often say things such as, “It’s not my problem.”  “I didn’t own slaves!”  “I don’t see color…we are all the same in Jesus.”  “They are poor because they are lazy.”  “There are no black people living here (small predominantly white town) because they like to live in the city.”

There is a disease in our nation that I like to call White Amnesia.  Folks suffering from white amnesia easily forget history and the many causes of racism rooted there.  They often live in white enclaves and do not see the pollution of racism that still exists and live in a culture of fear.  As white folks we need to move from ignorance to awareness when it comes to issues of race.  No longer can we afford to live under the sickness of White Amnesia and walk in colorblind ignorance of the past.  God has created ALL of humanity in His image.  As people called to love God and love our neighbor, the Church should be at the forefront in naming the racial barriers and breaking them down.  In the next blog I want to address how we move forward from a state of ignorance to awareness.