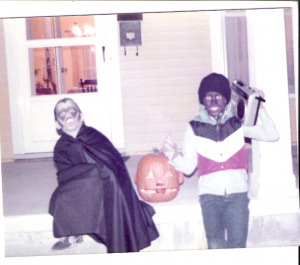 One thing I know about white people is that we like results (or as Larry the Cable Guy often says, we like to “git er done”). Another thing I have noticed, particularly in the Church, is that if we don’t think we can get the results we hope for, then we stay away from the problem and focus on something else.

Maybe this is the reason we spend more time and money on things like building projects than on building justice. When we look at issues of injustice, particularly racism, some white folks seem like it is a never ending battle that can’t be won, therefore, we focus our energy elsewhere. A few years ago I was teaching along these lines and someone asked if I thought we would ever end racism.

After a brief moment of thought, I made the comment that we do not seek racial justice (or justice with any issue at hand) because we think it will end but because it is the right thing to do. As a white person I realized that this is all about joining a journey. Racism did not occur in a vacuum and in order to make progress with reconciliation I need to be willing to join a lifetime journey of racial struggle that comes with living in this society whether racism ultimately ends or not.

The sad reality for many white people in our society is that they do not realize racism is still a problem. I grew up in a town that is currently 98% white. People of color were so rare in our town that one year I decided to dress up as an African American for Halloween (see photo above). I must admit that I was shocked when I recently found this picture because I vaguely remember the event. After reflecting on the photo I realized that I had been so isolated from people that were not white that I felt the liberty to dress “black” for Halloween, with as many stereotypes as possible included into the costume. The sad reality of it is that I do not remember getting any strange looks or negative feedback from people on my costume, it wasn’t weird at all… it was Halloween.

People that live in white enclaves often do not believe that racism is a problem in our society (at least not anymore). If you do not interact with people of color you are not going to know their struggles. Often white folks do not interpret their racial isolation and segregation from African Americans as racial (see blog on being colorblind). Many folks living in white neighborhoods believe that we are a melting pot society. In other words, we should all be the same (at least for the most part) and therefore color doesn’t matter (as long as you act like us). Let me explain by sharing a story from my hometown.

A few years ago, the local University in the town I grew up in, began to make a push to have a more diverse campus. For a campus that was as white as the town, this would not be an easy task. One of the first actions the University took was to talk with the City Council about becoming an official “inclusive city.” By signing a declaration that the city was inclusive, they would be making a statement that they were a city where everyone could live, work, study and play, regardless their race, religion, ethnicity or gender. The whole process caused a bit of an uproar and many letters to the editor of the local newspaper were written.

On Tuesday, April 17, 2007 one such letter was written in the “Opinion Section” of the Herald-Press (local paper) by a local resident: “Late last year a representative for Huntington University came before the City Council to ask the City of Huntington to become an ‘inclusive city.’ At that time I sent a letter to the mayor and each councilman asking them to give Huntington University their blessings in the schools march toward diversity, but that this sham idea was not needed or desired by the citizens of Huntington… My feeling is that the politically correct mantra of ‘diversity’ goes against the grain of 230 years of American history. The dream of America is not to separate us by any and every means but to put us into a melting pot so that our national identity is strengthened not weakened. This is not a nation that should have hyphenated citizens… We either welcome people to our community or we don’t. If people come here willing to become a part of our culture, our community, our belief system, they will be welcome.”

The phrase, “melting pot, ” originated from a 1908 play of the same name, written by Israel Zangwill (an English Jew). One of the lines of the play stated, “America is God’s Crucible, the great Melting Pot where all the races of Europe are melting and reforming!…German and Frenchman, Irishman and Englishman, Jews and Russians…” If you notice there was no mention of African Americans, Native Americans, Mexican Americans, Chinese, etc. The play depicted how America was transforming the different “races” in Europe into one white American race.

Unity does not mean uniformity. The goal of reconciliation is not to create a melting pot of sameness. Rather we need to learn to see the real value in each other. We all have commonalities, but we also all have differences…and that is ok… in fact it is something to be celebrated.

“What White People Can Do about Racism” is a collection of thoughts by Chris Lahr. Through this blog series he hopes to touch on lessons learned from his journey of living in a small predominantly white town in Indiana to living in a city (Philadelphia) where white people are currently the minority. Check out the first post in this series here. Chris will be teaching the workshop, “What white people can do about racism” at the CCDA Conference in Indianapolis on October 13, and 15.