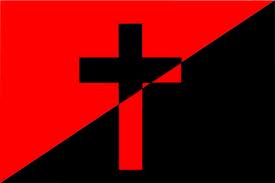 In a recent interview with George Stephanopoulos, Congressman Paul Ryan said that he had a basic philosophical difference with the Democrats: he believes that rights come from God while they think rights come from the government. Setting aside the question of whether this distinction is fair, I think it captures the source of the visceral rage of Teavangelicals who have made Paul Ryan their hero. They have defined their battlefield as a contest between Christianity and secular humanism, God vs. government. Government support programs for the poor have to be wasteful, enabling, and unfair, or else God would lose His relevance. While I understand this fear, it’s very problematic from a Biblical perspective.

God cares immensely whether or not our society takes care of its most vulnerable members and whether it provides a means for kids growing up in disadvantage to have an equal opportunity to succeed. If all people are indeed “created equal and endowed by their Creator with certain inalienable rights, ” then any politician who fears God should create laws that respect what God desires for the widows and orphans He loves. I have seen a lot of hysteria being posted by Christians online in reaction to the health care ruling and election year politics. I wanted to share several reasons I don’t see any Christian basis for being offended by the “socialism” so many Christians express their outrage about.

1) We’re supposed to be saved from meritocracy

The most fundamental concept of evangelical Christianity is the doctrine of justification by faith. Our salvation is not something we can earn, but only receive as a gift. Ephesians 2:8-9 provides the best summary of this concept: “It is by grace you have been saved, through faith —and this is not from yourselves, it is the gift of God— not by works, so that no one can boast.” We are supposed to be transformed by the gift of God’s grace; it’s supposed to start a chain reaction of grace in how we treat other people. God forgives our trespasses so that we will forgive those who trespass against us. Jesus’ message in the parable of the unmerciful servant in Matthew 18:21-35 is that receiving mercy from God and refusing to show mercy to others means rejecting God’s mercy.

When I truly experience the complete deliverance of Christ, I come to see every aspect of my life as a gift. Having a job is a gift; being able to pay my bills is a gift; having the knowledge and skills to acquire a job is a gift. If I am mistreated, that too is a gift for the sake of my spiritual refinement. Living under grace means being liberated from meritocracy in which I think in terms of what I deserve or earn. God’s grace is supposed to set me free from a slavish devotion to making sure that I’m always treated fairly and raising a fuss if I suspect anyone of receiving a benefit they didn’t earn.

People who get incensed about having to pay taxes for programs that help poor people who “don’t deserve help” reveal that they are still slaves to the meritocracy Jesus died to save them from. As Paul writes in 1 Corinthians 4:7, “What do you have that you did not receive? And if you did receive it, why do you boast as though you did not?” Everything we have is a gift from God. Nothing is our property; we are only stewards of God’s property. It is reasonable to have genuine stewardship concerns about how the government spends God’s money, but any argument based on meritocracy itself has no place in Christian discourse.

2) God can use the government to accomplish His purposes

A lot of Teavangelicals make the argument that they have no problem helping the poor; they just want it to happen through their local megachurch and not the government. But according to the Bible, God doesn’t have a problem using government to take care of the people He wants to provide for. Paul explains in Romans 13:6, “The authorities are God’s servants, who give their full time to governing. Give to everyone what you owe them.” God has always worked through people and processes who don’t acknowledge His sovereignty, even a brutal pagan government like the Roman Empire. God is not in competition with any government; God rules over all governments.

When we get bent out of shape about our taxes being involuntary unlike the church offering plate and distributing our money in ways that we cannot personally oversee, then our concern is about our individual sovereignty and not God’s. What right do we have to tell God He can’t bless a single mother who’s been crying out to Him for help through the WIC or SNAP food assistance programs because we want to be the ones who hand her a bag of groceries? It is indeed a greater blessing to participate in hands-on, relational missions than to just write a check for somebody else to do the work, but God is not beholden to our need for “the right hand to know what the left hand is doing” (Matthew 6:3) as He decides how to provide for His widows and orphans.

Our Cold War legacy is the only explanation I can find for the way that Americans see the market as “Christian” and the state as  “atheist.” There is nothing inherently Christian about capitalism, though when capitalism works well, it’s because Christian values have restrained capitalists from abandoning themselves completely to greed. This restraint hasn’t seemed to take place recently, at least not in the financial sector. In 2008, we learned that if people can get away with calling lies “financial instruments, ” then they will do so to make money. It baffles me why Teavangelicals continue to maintain that the market always knows best, but then consider any “government official” to be suspicious at best and utterly diabolical at worst.

Several members of my congregation work for government agencies. Some really enjoy their jobs and seem to have an opportunity to be effective; others are getting crushed by the pressure to produce results that fit into political “talking points” rather than dealing honestly with whatever is in front of them. I can understand the rationale for believing that a for-profit corporation will be more attentive to troubleshooting its productivity. But this is different than trusting the free market itself to behave like “nature” and provide the basis for a nation’s social equilibrium on its own.

Since Charles Darwin’s Origin of Species, Western culture has been caught in a fierce debate over what counts as “natural.” Christians affirm that nature is God’s creation and that its equilibrium and order exist because God made nature that way. According to the Christian perspective, the created order was shattered when the primordial humanity represented by Adam and Eve deviated from God’s perfect equilibrium to act according to their self-interest for the first time. In contrast, the Darwinian perspective affirms not merely that life developed over the course of billions of years but that there has been no creator overseeing the development of life. Self-interest, rather than being a rebellion against God’s equilibrium, is the basis for natural equilibrium in the doctrine of survival of the fittest.

The free market is the space created in the human community by billions of acts of self-interest. Every time a person is restrained from acting in self-interest whether by government regulations or their own internal moral reservations, they are “corrupting” the purity of the market. It makes sense to embrace the market as “natural” if we have accepted the Darwinian vision for life and understand rational self-interest as the highest moral virtue, in accordance with the teachings of Paul Ryan’s favorite atheist philosopher Ayn Rand. Trusting the self-interest of millions of investors to “naturally” come up with a just solution for people without health insurance, for example, means subscribing to Darwin’s understanding of nature instead of Genesis. To say that the market needs no regulation is no less bold a claim than saying that the world doesn’t need God.

Please recognize what I have said and haven’t said. There are legitimate arguments to be made against Obamacare and any number of other political issues. But we misrepresent Christ when our arguments are based on meritocracy or the assumption that the free market is “Christian” while government-based solutions are “secular humanist.” I would much rather see solutions for poverty emerge on a local grassroots level through authentic community-building relationships. As a Christian pastor, I would much rather see people provided for both materially and spiritually as one package in the kingdom of God. But regarding those aspects of human need like health care and housing that require greater resources than even large megachurches can muster, I don’t see why Christians should fight tooth and nail to prevent God from using our secular government to provide for these needs.