As light shines in the darkness, this is truly an amazing time to be alive! I couldn’t be more excited about all that is going on in the Red Letter Christians movement and all that 2020 holds for us. It really feels like we have been uniquely formed by the Spirit for such a time as this. 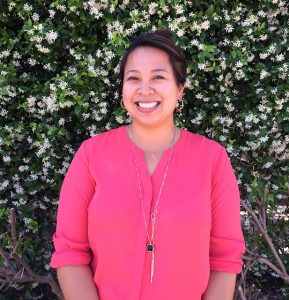 To help guide us in this work is the immensely gifted Elaina Ramsey, our new Interim Executive Director, starting February 1st.

Elaina has served as the editor of RLC for several years, taking on new responsibilities each year. We are thrilled to have the talented Britney Winn Lee taking over as our new editor. And we are grateful beyond words for the three years of dedicated work from Don Golden who is passing the baton to Elaina. Don has played a massive role in helping RLC become more sustainable and will continue to be a key leader within our network.

Here are a few other important things we want you to know about:

We know the months ahead are going to be wild, and we want to take good care of each other. Please spread the word about RLC, so that people can continue to find a home among us.

We also want to be good shepherds of this movement as we seek to change the narrative of what Christians care about. Prayerfully consider giving a one-time gift or a monthly contribution of $5-$500 to sustain our collective work.

This is your community, movement, and platform. Together, we exist to glorify Jesus and to amplify the voices of his revolution.

We will be in touch regularly in the days to come. Keep shining in the darkness. And keep leaving off the fragrance of Jesus amidst the funk.