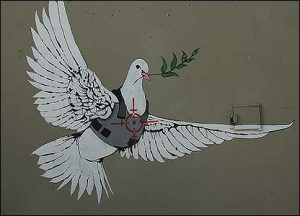 Today I was catching up on emails and came across two messages that deeply affected me, maybe because I read them back to back.  The first one is from a friend who helped release the “Collateral Murder” video with Wikileaks, showing US troops shooting some unarmed folks in Baghdad, including two children sitting in a van as their family stopped to pick up the wounded and dead.  It is one of the most disturbing and heartbreaking videos I’ve ever seen.  Feel free not to watch it.

NOTE:  If you do watch the video, please know that it is contains vivid images of war.  It was released here:

The other email message I read was just the opposite.  It was about life.  It came from another friend of mine named Jeremy Courtney who oversees one of the most redemptive projects going on in Iraq.  They call themselves the Preemptive Love Coalition – and I really dig their motto: “love first… and ask questions later”.  It is a beautiful and redemptive experiment in life and resurrection…  North American doctors and Iraqi doctors are working hand in hand to provide free surgeries for Iraqi children who will die without these surgeries.  There is a backlog of some 30, 000 kids waiting for the surgeries.  Check them out!

Tears rolled down my face as I read these two messages of death and life.

As the troops have left and we work for a new and wonderful future for Iraq, may we pray today that Preemptive Love spreads in Iraq, and that collateral murder comes to an end.

And may we become people who stand on the side of life – people who live in light of the cross where we can see that there is something worth dying for, but nothing in the world worth killing for.