Who are we building into? Who are we teaching what we’ve been taught? I ask this of us as I think of someone who last year had a profound effect me and generously built into my life. Last year I had the privilege of spending four days with Martin Luther King Jr.’s close friend, co-worker and sometimes speech writer, Dr. Vincent Harding. To make it plain, Dr. Harding (or Uncle Vincent as he kindly insists on being called), is a living legend. But Uncle Vincent at 82 years old is not interested in us sitting back and reminiscing about yesterday. His mind is set on Tomorrow and, in his words, “we’ve got work to do”, to see that Tomorrow, today.

The following is a link to a very special interview. Not just special because it’s with the living legend “Uncle Vincent”. Special because of the extraordinary interviewers that joined [the inspiring] Joanna Shenk and I.

The One’s We’ve Been Waiting For

So who joined Joanna and I on “The Iconocast” to interview this living Legend? Well, to quote Uncle Vincent:

We can’t sit back and celebrate Martin King and ask when will there be another like him. No, no my dear young friends. We must join our voices with that blessed poet June Jordan and demonstrate that “we are the ones we’ve been waiting for.”

I’m just into my early thirties but I have the incredible privilege of mentoring and feeding into the lives of incredible young leaders who have realised that we are the ones we’ve been waiting for. Incredible friends like 24 year old Mick Sheldrick, who last year raised over $100 Million from world leaders to help finally eradicate polio. Or my good friend Akram Azimi, who arrived in Australia as a refugee from Afghanistan at the age of 13 and less than 13 years later has been named Young Australian of the Year for his incredible work mentoring young Indigenous Australians. Or Teresa and my “adopted daughter” and dear, dear friend Viv Benjamin, who at only 23 years old is the CEO of the Oaktree Foundation who under her leadership has mobilised over 500, 000 people on issues on global poverty. But as you are about to hear in this interview they are just a few of the incredible young leaders giving their lives in the service of others.

Also by Jarrod: Do You Hear the People Sing? M.L. King & Les Misérables’ case for a Socialism of Grace 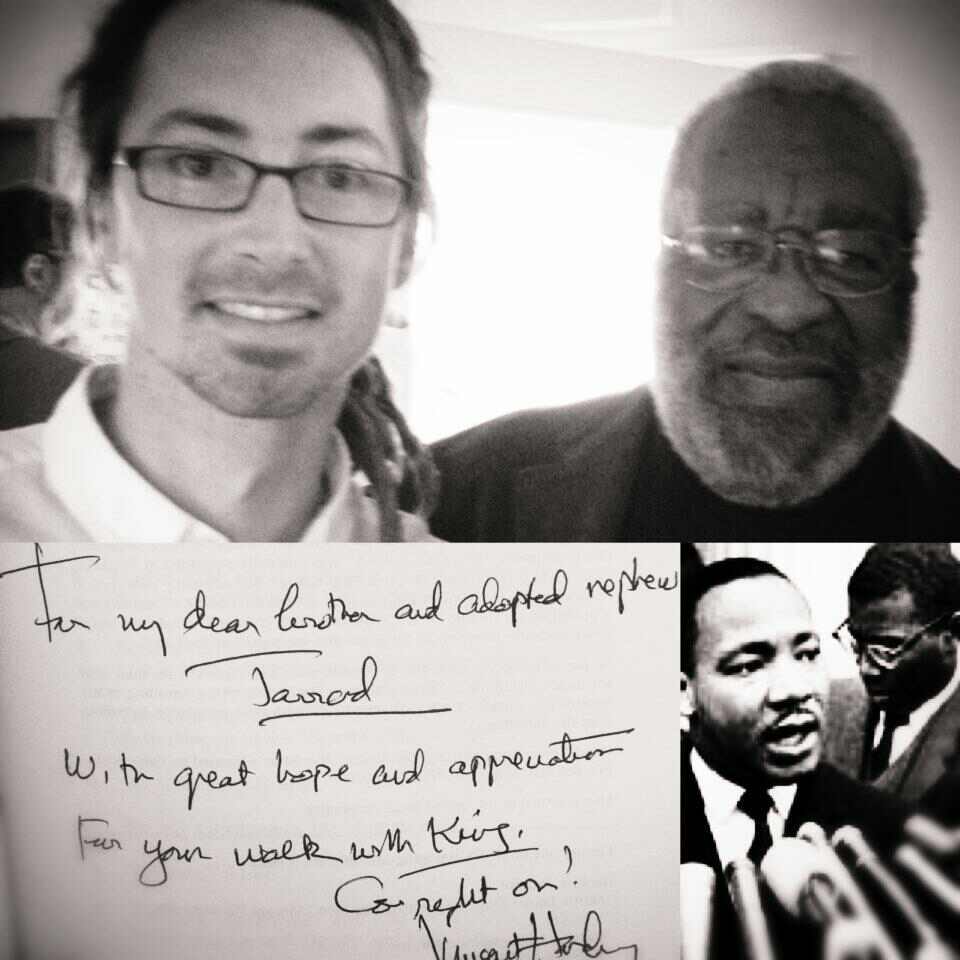 Teresa and I invited some of the young people we mentor over to First Home Project thinking we’d only get a handful considering a serious storm and that the interview was at 3:30AM! To our surprise we had 54(!!!) incredible young activists all show up with sleeping bags and tents (despite work and University the next day!) To be a part of the history that Uncle Vincent connects us to and learn together how we can carry this history forward into Tomorrow.

Aged between 17 and 26, listen to the incredible questions they ask.

Listen and try not to cry as sister Claudia shares about her brother in prison and the churches response to Christ in prison.

Listen and try to decide that pearl of wisdom is your favourite from Uncle Vincent.

“Martin King would clearly be with the 99%. Caring deeply with the brokenness of the 1% but needing to spend his energies with the 99%.”

“As long as our work extends the work of Jesus, we cant go wrong.”

“We must tell good church people, that if they want to get into Heaven that they have to have a letter of recommendation from the poor and the prisoners.”

And if you still want more be sure to check out the fantastic interview Joanna Shenk has done with Dr. Harding in her book: Widening The Circle: Experiments in Christian Discipleship.