During Rwanda’s 100-day genocide in 1994, Roman Catholic priest, Father Athanase Seromba savagely sacrificed nearly 3, 000 members of his church in Nyange (a parish in the Kibuye province of western Rwanda).

Perhaps the most notorious atrocity of the more than 30 large-scale gruesome massacres that took place in churches during Rwanda’s genocide, this bloodbath happened at the very altar in the same church where, countless times, Father Seromba had offered mass.

Allegedly, the 31-year-old priest personally invited Tutsi parishioners from his congregation to take safe haven in the church under the pretext they would be protected from harm; convincing them they’d be safe in the sanctuary.

The militia encircled the church.

Grenades and firebombs were thrown into the sanctuary, but its façade would not give in.

Fires were set around the perimeter of the church, but the stonewalls would not burn.

Father Seromba directed the Hutu-power militia, the Interahamwe, to climb on top of the building in order to pour gasoline into the church, hoping the firebombs and grenades tossed through the windows of the building would ignite inside.

Related: Exterminate them Without Mercy: The problem of Joshua, genocide, and the character of God – by Kurt Willems

The attacks proved unsuccessful. The Tutsis taking refuge in the church were unharmed. 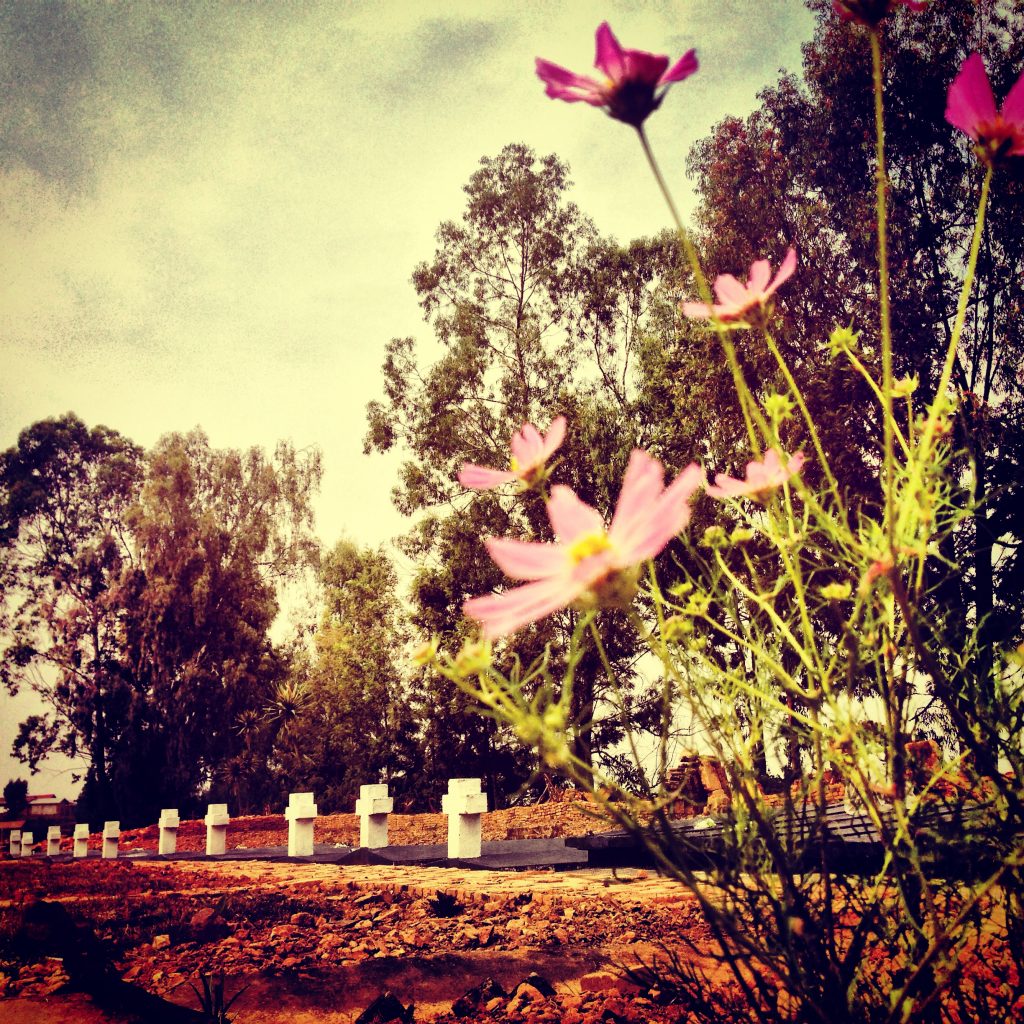 In a last effort to carry-out the inteded massacre, on April 16th, 1994, with the church surrounded by the Hutu militia, Father Seromba conspired with the mayor, a local police inspector, and a schoolteacher to destroy the building filled with Tutsi refugees.

The doors of the church were locked from the outside when the priest summoned two bulldozers to knock the church walls down until the roof of the building caved in, collapsing on those inside.

Though complicit, the drivers of the tractors were reluctant to crush those sheltering inside the church, one of them even asked the priest three separate times if this was absolutely necessary.

As the building was destroyed, the bricks fell on the heads of the community members crushing them to their deaths. In agony, they cried out his name, “Father Seromba! Why? Why are you doing this to us?”

Those who managed to squeeze free and escape were shot dead—many shot by the priest himself.

There were no survivors.

When the last Tutsi parishioner had been killed, the priest ordered the bulldozers to clean the “rubbish, ” instructing them to scoop up and bury all the corpses into four mass graves behind where the church once stood. In exchange for their services that day, Father Seromba bought them cases of beer. 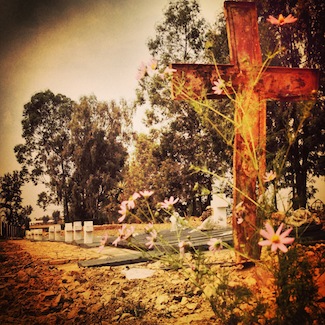 In an interview with African Rights, Jean-Bosco Safari remembered, “It was like a scene from hell with the devil dressed as a priest… a young girl begged Seromba to save her. He replied, Get lost, ‘cockroach.’”

On Saturday, July 27, 2013 I stood on the original stone floor, all which now remains of the original church. The community in Nyange, betrayed by the ecclesial structures, has refused to rebuild the church building.

I listened to genocide survivor, Rwamasirabo recount the horrors of that week.

He took us into a small shed that had been built where the sacristy once stood. The tiny shack is now filled with human remains, hundreds of skulls of God’s people who thought that the house of God would save them.

Also by Chris: A Post bin-Laden Reflection on Violence

Just two days after the killing began, Tutsis started gathering in churches throughout Rwanda for protection. Believing they’d be safest in his local church, Rwamasirabo himself left his own children in that church at Nyange.

He never saw them again.

Though Rwamasirabo still clings to his faith, he has not entered a church building since the massacre.

Though betrayed, he still proclaims, “God is innocent.”

That statement of hope sounds absurd given what he’s witnessed.

Paradoxically, witnesses like Rwamasirabo resurrect the Church—resurrect bright hope in the face of grotesque betrayal.

—-
Chris Heuertz is the founding partner of Gravity: a Center for Contemplative Activism that exists to nurture the integral connection between mysticism and activism. Prior to founding Gravity, Chris was the International Executive Director of Word Made Flesh, working with the most vulnerable of the world’s poor. Most recently he authored, Unexpected Gifts: Discovering the Way of Community. He’s also the author of Simple Spirituality: Learning to See God in a Broken World (IVP, 2008) and Friendship at the Margins: Discovery Mutuality in Service and Mission (IVP, 2010) with Christine Pohl