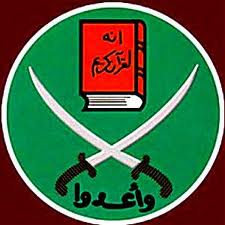 I recently read an article which spoke glowingly of the uprising of people in the countries of North Africa.  Referring to Tunisia and then especially to Egypt, there were positive reactions to what seemed to be a “people’s revolution.”  Dictators had been replaced and the rule of the majority was being established.

It’s easy to rejoice with such developments, but it is about time for us to realize that Democracy is not necessarily where the majority rules.  Instead, it is a societal system in which it is safe to be in the minority.

Consider Iraq!  They had a dictator who was responsible for the deaths of many innocent people who wanted to do nothing more than to exercise their rights as citizens of their country.  America led an invasion and we were able to destroy, in a very literal sense, Saddam Hussein.  There was then a free election that George Bush lauded as an expression of democracy which had replaced a totalitarian regime.  However, as a result of the election, we ended up with a dictatorship of the proletariat.  The majority would have their way and the majority were Shi’a Muslims.

Overnight a secular society in which Christians had the right to worship and evangelize was replaced by an oppressive democracy.  The Shi’a rose to power, and it was no longer safe for minority groups with alternative religions to exist in Iraq.  The persecution of Christians became extensive.  From 1, 500, 000 Christians in Iraq before the invasion, there are now less than 700, 000 Christians left in that country.  They have fled to places like Jordan, where they are living as impoverished refugees.  The refugees are the fortunate ones.  The unfortunate ones are those who remain behind.  Their churches are being burned down.  The Christian clergy are being beaten on the streets of Baghdad. All of this leads to the very serious question of whether we understand what we are talking about when we cry out “All power to the people!”  Before we shout that slogan, we ought to ask ourselves who the people are.

Egypt right now faces a horrendous future.  Christians and Muslims who marched together, calling for an end to an oppressive regime, are no longer unified.  The Muslim Brotherhood, which has some links with Al-Qaeda, are the only strong political party in the country.  While they do not have the majority of voters there is no other political party in Egypt which comes near the Muslim Brotherhood in influence.  There is little doubt that this radical Muslim movement that is credited with such horrendous acts as the assassination of the peace-making Anwar Sadat has the ability to soon be in control.

This does not bode well for Christians and it poses a very serious threat to Israel.  The Muslim Brotherhood is committed to the destruction of the state of Israel.  Throughout North Africa, there are movements that very much approximate what is happening in Egypt.  My Jewish friends are nervous about all this, and we Christians should be nervous, too.  Certainly, the United States as a nation may soon be threatened by the movement of radical Islam everywhere evident in the Middle East and across North Africa.

Jesus once warned us that when we cast out the devil, make sure that we are not making room for devils that are far worse than the one that is cast out.  I fear that while certain devils in the Middle East are being run out of their offices, there will be far worse devils that will replace them.