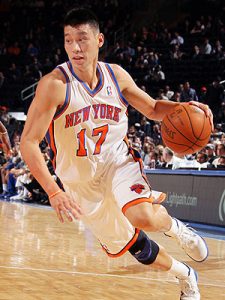 No, he doesn’t go down on one knee every time he nails a dunk or a perimeter shot. And as far as I know, he’s not building any hospitals in far-off countries. But the 23-year-old point guard for the New York Knicks suddenly finds himself in a spotlight familiar enough to Tebow that the pair should consider a face-to-face lunch to compare notes.

Like Tim Tebow, Jeremy Lin “rode the pine” as a bench-warmer for years. Unlike the star quarterback, Lin was cut by two other NBA teams before landing a supporting role on the Knicks bench.

So why do we know about him all of a sudden? Although Knicks coach Mike D’Antoni would love to claim credit, he admits the only reason the American-born player of Taiwanese parents got his shot was because so many players ahead of him were injured.

Then, as if storing up his energy for months in anticipation of his big break, Lin lit up scoreboards, followed by sports talk shows and endorsement deals. Eleven days ago, he was a relative nobody. But it seems all it takes is leading your team to a six-game winning streak, posting 38 points against Kobe Bryant and snagging a buzzer-beater three-pointer against the Raptors to get the public’s attention.

There’s plenty to fascinate in the young point guard’s story, only part of which relates to his shockingly strong court performance. Lin has become an overnight icon in China, which claims him as their own, given their territorial claim over Taiwan. Folks in Taiwan beg to differ. And despite all the back-and-forth, it seems to matter very little that he’s a lifelong resident of the United States.

There’s plenty of buzz here at home too. TV ratings for Knicks games are up 70% since his emergence. Ticket sales at Madison Square Garden are soaring, and even the publicly traded stock for the Garden is at its highest point in a year. His Jersey – previously unavailable – now is the number one selling name on the NBA’s pro shop site. Nike already has an ad campaign in the works featuring Lin, and dozens of other companies are waiting breathlessly for a chance to hitch on to the Lin star.

Never mind that his good fortune may fade next week. For today, he’s the Golden Child of global sports.

So why do so many people care about this guy, including people who could not otherwise care less about professional basketball? Because everyone is dying to know how this kind of thing could happen. How does a nobody turn into a superstar in less than two weeks? And of course the subtext beneath all of this is:

Could this even happen to me? 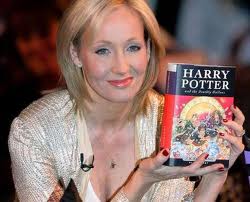 As an ABC news segment points out, more than a dozen publishers passed to J.K. Rowling’s “Harry Potter” series before she finally landed a deal. Patriots QB Tom Brady was passed over in five rounds of the NFL draft before getting picked up. Music and film star Jennifer Hudson didn’t even make the top five in the season of American Idol in which she was discovered.

The point is that we’ve all been there: unnoticed, under-appreciated, the last kid on the bench. We’ve felt deep down in our bones that we had more to offer the world than was being recognized. We believed that, given the chance, we could break out and become that bright, shining star that we imagined being in our minds.

So every time we hear a story about it actually happening, it reinforces the fantasy for the rest of us. So really, it doesn’t matter in that respect how long Lin’s stardom lasts. the very fact that it happened at all is enough to fuel our fantastic imaginations.

The question all this raises for me is: What’s behind our tendency to make messiahs out of people?

There’s is actually a bit of a formula to it, stretching all the way back to the days of Jesus.

Modest Beginnings: The messiah-to-be has to come from common stock, or at least experience the common struggle in some way. Jesus was born to humble beginnings. Siddhartha Gautama, who would become the Buddha, was born to royalty, but walked away from it all to live in austere poverty. it’s there that he found enlightenment. This is also a struggle we see the likes of Mitt Romney contend with. While he preaches empathy with the common man, he’ll then turn around and stick his foot in his mouth about $300, 000 in speaker fees not being much money. So a messiah has to be someone we can relate to. We have to be able to see some part of ourselves in their struggle.

Overcoming Odds: Who could have seen the likes of Jesus coming? Who would have guessed the late draft pick of Tom Brady would turn into a hall of fame legacy? What were the chances that an adult writing 700-page fantasy novels for kids would become a billionaire? You get the idea. A messiah has to not just preach that the impossible can be made real; they have to embody it. 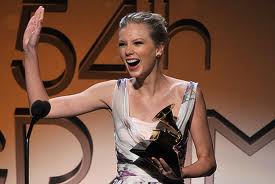 Humility: I watched the Grammys last weekend with my wife, Amy, and rolled my eyes when Taylor Swift offered yet another “Who, me?’ look of disbelief when she received a standing ovation. Though I questioned the authenticity of her humility, Amy believes that, despite her many awards, worldwide tours and millions in album sales, she still remains grounded in who she really is. And that’s a large part of her appeal. Once a messiah becomes too self-aware of their stardom, they simply become the latest unreachable figure. We no longer relate to them, though we may still want to watch them voyeuristically, just to see what happens next.

Meteoric Rise: I’m sure for the folks listed in this article, their ascent seemed anything but overnight, given the work they put into getting there. But as for the public attention, it’s more like a light switch than a rheostat. In the case of Jesus, it could be argued that his three years in active ministry was not exactly a breakneck pace to the limelight. But comparing the news cycles of today to those of the Middle East two millennia ago, I’d say he came more or less out of nowhere. And I expect if you asked the powers that be in Rome at the time, they’d feel similarly.

And actually, sometimes the humility is not enough to avoid the voyeurism that tends to lead to objectification of our messiahs. Consider Jesus, on trial against a common criminal for something he hadn’t done. Why were people so willing to see him handed up, sacrificed in exchange for one more deserving of such punishment? Because he didn’t end up being the kind of messiah they expected. Sure, we claim we want someone real, someone truly grounded in who they are. But if that true identity, once discovered, creates too much of a chasm between reality and expectations, we’ll soon lose interest and move on in search of another.

How long will Jeremy Lin retain the mantle of global Cinderella Story? How long until the chariot turns back into a pumpkin? We’re a fickle lot, and the game of basketball is such a complex combination of chance, team dynamics and physical ability that it’s hard to say for sure. He’s fortunate at least in that he has the opportunity to enjoy his ascent while still alive. For others, from Picasso to Jesus, it’s only in history’s retelling of the story that we seem to find the insight that leads us to anoint certain figures as chosen.

Sure, Jesus had his moments during his short ministry when people seemed to “get it.” But let’s be honest; if his ministry was measured in the end the same way ours are today (the proverbial butts in the pews and bucks in the bank), he was a bitter failure during his lifetime. So why is it we believe Jesus was who he claimed to be? That question has under-girded the Christian faith for two thousand years. And it’s an answer still being revealed, one believer at a time.