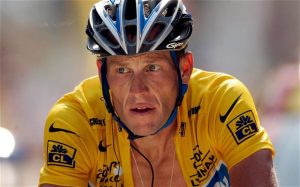 I, like many people, was shocked when I heard today that cyclist Lance Armstrong gave up his fight against doping allegations, effectively forfeiting his seven Tour De France titles, his prize money, medals and perhaps his honor as the greatest cyclist ever to ride. Beyond his personal collateral damage, his Livestrong nonprofit stands to take a massive hit as its namesake, figurehead and primary spokesman goes the way of so many remarkable athletes before him.

Granted, Armstrong does not admit to using performance-enhancing drugs in giving up the fight against the U.S. Anti-Doping Agency (USADA), but as one commentator on National Public Radio noted this morning, he and the franchises associated with him have far too much to lose for him simply to give up because he’s weary of the struggle. Giving up the legal battle is, in the court of public opinion, at least, tantamount to a confession.

The news is still fresh on people’s minds, but based on the news and internet chatter I’ve seen, this is being met with a more somber response than, say, Barry Bonds or Mark McGwire. In the case of the latter two athletes (along with many others), it seems that the public has reveld in some degree of Schadenfreude as they witness someone being pulled from their high pedestal, back down to dwell among us common folk. Yes, we have a strange bloodlust for tearing down those we’ve chosen previously to build up as icons or role models, and Armstrong’s grave-dancers surely will come out of the shadows in time, but is there something different about him? Do we have more of a reason to mourn his precipitous decline, as opposed to others who have preceded him?

For one, Armstrong represents a kind of national pride that other professional athletes sometimes lack. Yes, we admire baseball and football celebrities, but we tend to carry a sort-of love/hate relationship about them, not unlike we might hold for a sibling. Even more so if they happen to play for a team we’ve frequently rooted against. But Lance Armstrong has represented the United States on the world stage for many years, and has carried the flag of national excellence and pride in a way that few others have ever achieved (please, please, Michael Phelps, don’t tell me you’ve been juicing all your Subway sandwiches this whole time). In watching him fall, we, too, lose a bit of our own pride in our superiority in the sphere of competitive sports, which is a bitter pill to swallow. 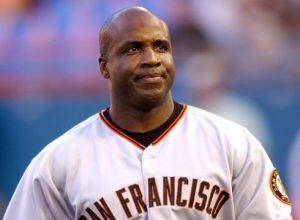 Armstrong also has the benefit of both empathy and admiration, beyond his sports audience. He garnered his fair share of both when he was diagnosed with, and then overcame, cancer, and he bolstered the latter by launching the now-ubiquitous Livestrong nonprofit, dedicated to cancer research and eventual cures. His reputation has suffered a bit in the tabloids as he’s seen relationships wither and crumble, but it’s hard to judge, given the intense attention and scrutiny he and his loved ones always are under. Not to excuse acts of infidelity, but it’s easy to cluck our tongues from the comfort of our own relative anonymity while knowing very little about what it’s like to live under such day-to-day pressure.

It may sound right about now like I’m defending Lance Armstrong, and I suppose that’s a reasonable stone to cast my way.  It’s not like he needs me to defend him, but there is a part of me that, like many others, is reticent to let go of the elevated place I held him in my imagination. I wanted to believe what he had achieved was possible without doping. I wanted to believe that, if he could confront and conquer cancer, he could do nearly anything. I wanted to believe we (and therefore America by proxy) was different than others in his sport who have fallen victim to similar drug-related scandals.

And in so much as he still confesses innocence, despite the confounding evidence to the contrary, I want to believe him.

We are starkly warned in scripture not to hold any idols above God. Burt there’s a reason God saw fit to reach out to humanity through the life of Jesus. We long for something we can touch, see and identify with, yet that is somehow transcendent, bigger than life. This isn’t to say that Lance Armstrong is some kind of messianic second coming, but we’re always looking for that person who, in some shape or expression, can be The One.

And, as false idols are wont to do, it seems he’s being dragged back down to earth with the rest of us.

—-
Christian Piatt is an author, editor, speaker, musician and spoken word artist. He co-founded Milagro Christian Church in Pueblo, Colorado with his wife, Rev. Amy Piatt, in 2004.He is the creator and editor of BANNED QUESTIONS ABOUT THE BIBLE and BANNED QUESTIONS ABOUT JESUS. Christian’s recent book is a memoir on faith, family and parenting and was released in early 2012 called PREGMANCY: A Dad, a Little Dude and a Due Date. Visit www.christianpiatt.com, or find him on Twitter or Facebook.