From the time I was a kid, I had been taught that being strong meant that you handle things, that you deal with things on your own, that you fix things, that you figure them out, and you don’t ask for help. So I accepted it as true — until my mentor suggested I seek pastor-mandated therapy.

Several years ago, my life was falling apart in every way possible: divorce, losing clients during the recession, and my mother’s battle with cancer. In my mind, I believed that I had no one to turn to. As I faced the prospect of going to therapy, I had to admit to myself that my idea of strength was incomplete.

When I was a child, my uncles only taught me to be strong — a fighter — but nowhere along the way did I learn the value of empathy, compassion, affection, and love, or what this looked like coming from a strong man. Could I be a man who has the ability to be firm but also at the same time be compassionate, loving, caring, empathetic, and understanding? Would it bring into question my manhood or my strength? Deep inside, I wanted to be strong and be a man who is able to embrace all these aspects of myself. But I didn’t know how.

I’d been taught that a man stands on his own two feet and makes his own decisions. My uncles never asked anyone for help when going through life’s challenges, so I learned from their example and accepted their advice.

But saying I could “just fix it myself” was like handling shattered glass. The hidden parts of myself were like broken pieces with sharp edges, and every time I tried to reassemble them, I cut myself. This realization helped me understand that eventually I would hurt others. Yet, as a man, I could not ask for help.

Once I began to examine myself — my real self, not the person I wanted people to think I was, who had that great “carefully filtered, half-truth life posted on Facebook” — I began to question what I had accepted as true about myself because of my past. I could no longer accept those old ideas of manhood as true. Accepting the belief about manhood that I inherited from my family had become harmful to me; they were preventing me from becoming the person I truly wanted to be.

As I became less reluctant about going to therapy, one friend said, “Man, why do you need someone else to tell you what to do?” It suggested that I was either weak or not in control. My knee-jerk reaction was to continue putting forth the image, the persona that I can handle things and am in control.

But on the inside, I was falling apart. After my first session, I started to face the truth that the perception I’d worked so hard to maintain kept me from peace of mind and happiness. Was what I wanted people to think of me worth the price of not having joy and peace? Was that perception worth the price of the inner pain that I endured? Sacrificing true happiness on the altar of public perception was no longer worth the price I was paying.

I finally got tired of performing and worrying about other people’s opinions. Some part of me cared more about having peace than maintaining the perception that I was in control. For years I pretended to be happy, pretended that I enjoyed life, but now I actually wanted to become the person I was pretending to be.

It was with great discomfort and anxiety that I let go of who I wanted people to think I was.

Little did I know that therapy would give me tools to not only love myself, but genuinely love others and feel confident in who I am.

I had tried carrying the weight of all the hell I’d been through and just living as if it were not that heavy, ignoring the burden of my own past and history. I pursued success, thinking that more money, more things, more prestige would eventually fix my life. I lived the idea that all of my problems were behind me now and life would be good if I just did everything for myself. And I did it. I got a college education; I bought the right stuff — homes, cars, tailor-made suits — and had a successful persona. Yet, I knew these things and accomplishments had not delivered on the promise. I was still unhappy. I only pretended to be happy. So I had to ask: What is going to make me happy? Can therapy help me find out?

When I thought about therapy, the stigma it carries in my community, as well as in other cultural contexts — the assumption of weakness and not being able to handle struggle runs the gamut. I had to make a choice. I had to examine what I believed about being a man, I had to re-examine my own ideas of manhood.

Why do I have to just carry the burden and suck it up without admitting that carrying it, sucking it up, and enduring it hurt me? Believing myths about therapy were not helping me, and as I looked squarely at the stigmas against therapy, I understood they were unfounded.

A rule in broader African-American culture and especially Black churches is we don’t tell people our business; we don’t put our mess in the street. “What goes on in this house stays in this house.” Gossip was behind the idea of not telling anyone your business, and given all the gossip that goes on in churches, I understood the roots of this caution. But my fears were put to rest when I was told: “It allows you to get it out in a safe place, where you know it will never be repeated. When you get it out, when you speak it, it takes the weight off.”

What we’ve had to go through as a people has an impact on the consciousness and sub-consciousness of even the most highly functioning African Americans, especially how we feel about ourselves. As a Black male, I am aware every single day that the moment I walk out of my house, it is highly possible that I will have to deal with some form of discrimination or assumption about me because of the color of my skin. That has an impact. I have to constantly fight against that psychologically and mentally.

By going to therapy, I was challenging stigmas in African- American culture that prevent me from being unapologetically and authentically myself, standing up for my truth, and not letting cultural barriers stand in the way of my emotional health. It forced me to examine the aspects of Black culture that needed to be questioned.

Rather than being “Black enough” to withstand oppression, shouldn’t my community and my culture be proud of me for doing what I need to do in order to be healthy, feel happy, have peace, show compassion, and display affection and love? Shouldn’t my community be proud of me for doing what it takes to become the best person I can be and to live that way courageously and boldly?

The church, however, was another matter. In my experience, church people regard emotional or mental health as a spiritual issue. If you are not emotionally healthy, something is wrong with your prayer life, your spirituality, or your faith.

Fortunately, I had never bought into that. My view was that if my emotional or psychological challenges are related to something that happened to me — verbal, physical, sexual, or emotional abuse — it is not a spiritual issue. The person and experience created the source of my pain. There are life experiences that impacted my beliefs about myself, causing me to question my value or feel I am “less than,” and those experiences are not a spiritual issue. The spiritual truth is that I am a creation of the Divine, worthy of love, respect, and dignity. The spiritual truth is that I am good, because the God who created me is good. Dealing with social and emotional issues helps me to disarm them of their impact in order to embrace the truth of God’s word.

I am grateful that I didn’t take the “just pray about it” approach to dealing with real emotional pain and trauma. That is not to discount the power of prayer — I pray and meditate daily — but perhaps it was through my prayer and meditation that God led me to counseling. 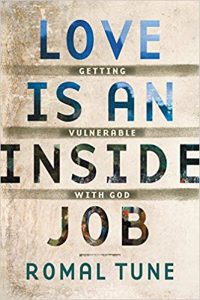 If I broke my leg, everyone in church would look at me like I was crazy if I said I was just going to pray about it. If I broke my leg, they would say, “Go to a doctor.” When something is hurting me emotionally that I can’t heal, shouldn’t it be okay to go to therapy? God uses that trained therapist to help me heal, just as he uses the medical doctor to set a broken leg.

Another aspect of the church view of therapy is this idea of being under spiritual attack. In my experience, attacks weren’t spiritual; they were physical, verbal, emotional. Those were emotional attacks, not what some would consider spiritual. Attacks on my self-worth and my dignity weren’t spiritual warfare. They were negative social attacks that contradicted spiritual truths. Traditional old-school approaches to mental health do not serve us well now.

As I began therapy, I was able to align prayer with the support of a professional who began to help me strengthen my emotional state and become more balanced. While God and I still talk regularly, I now have someone in the flesh to talk to, confidentially, who is trained to give me another perspective and tools to build the life I desire to live. Thanks be to God.

Romal Tune is the author of Love Is an Inside Job: Getting Vulnerable with God.