EDITOR’S NOTE: This article is written by the editor of Christian Ethics Today, which strives to express, teach, and encourage disciples to look to the red letters of the Bible for guidance in confronting the ethical issues of the 21st century. Christian Ethics Today provides laypersons, educators, and ministers with a resource for understanding and responding in a faithful Christian manner to moral and ethical issues that are of concern to contemporary Christians, to the church, and to society.

Several years ago, an acquaintance of mine abruptly quit his job and moved his family to a remote camp in the Rocky Mountains. He said that he had become convinced that the Russians were prepared to invade the United States through the southern border with Mexico, and that then they would confiscate and destroy all the Bibles. Therefore, he felt led to take his family to the mountains and spend his time memorizing the King James Bible in order to preserve the scripture for future generations. It sounded like a crazy idea to me.

The task of memorizing the entire Bible seems a staggering ambition. I wondered if he planned to start at Genesis 1:1 and work his way through the Pentateuch, onward through the books on history, then the Wisdom Literature, and the books of prophecy. Would he then start at Matthew 1:1 and work through the Gospels, Acts, the letters of the apostles? The Revelation of John? I mean, really? How and why would one tackle committing the entire Bible to memory?

Most of us who were raised in Christian, church-attending homes, have memorized certain portions of the Bible: John 3:16, Psalms 23, maybe the creation narrative, perhaps the Beatitudes, or the birth of Jesus narrative in Luke 2. Maybe. Some more ambitious of us perhaps added Psalms 1, Psalms 100, and I Corinthians 13 to the most popular list. Some of us. But memorize the entire Bible? I am almost certain that my enthusiasm for the task would wane before I got very far.

The first Bible I remember holding in my hands was a “Red Letter Edition” of the King James Bible. The words of Jesus, highlighted in bright red print, stood out in my childhood reading of the Bible. Memorizing is a good thing, and choosing the red letters, the words of Jesus, has a notable rationale. 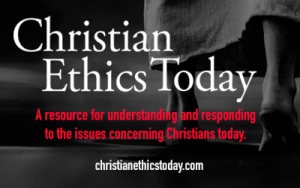 Toward the end of his life on earth, Jesus gave His disciples some very strong and specific instructions in what we call “The Great Commission” recorded in Matthew 28. He told his disciples that he had been given all authority in heaven and earth; he told them to go everywhere and make everybody his disciples; he said to immerse people in all of God: Father, Son, and Holy Spirit. Then, wait for it, he told his followers to teach believers to obey everything I have commanded you. He promised to be with us all the time.

Jesus told His disciples then and now that the process of making disciples must focus on the lessons He had taught the first disciples. He did not instruct us to teach the creation sequence or the Songs of Solomon or the genealogies, or the prophets, or anything else. He said to teach everything I have told you. That is where the nucleus of the Christian life and ethic is found — in the words and actions of Jesus.

We are tasked with doing more than committing words to memory. The real challenge for us is to translate the words into action. Disciples don’t merely memorize words. Disciples embody and practice the truths learned from their Teacher.

The oldest flaw in faith is the belief that knowing the words will translate into living the truths. People know the words of the commandment against stealing, but wage theft, voter theft, water theft, land theft, labor theft, theft of medical care, theft of children, and other forms of robbery continue to be practiced even by people claiming to believe in Jesus.

Jesus calls upon His followers not to produce “believers” or “knowers,” but rather to nurture and activate “disciples” who “do” what Jesus said: Love neighbors unconditionally. Welcome strangers. Protect vulnerable people. Condemn hypocrites. Expose liars and thieves. Practice nonviolence zealously.

Jesus said and demonstrated that all of the Bible can be summarized as: Love the Lord your God…and love your neighbor as yourself…in everything, do to others what you would have them do to you…

It would have been much easier had Jesus told us to merely memorize stuff. To store it on our mental hard drive is not that hard. But Jesus did not give us that rather simple instruction. Instead, Jesus told us to dive straight into the hard lessons that He set before us in His words and deeds.