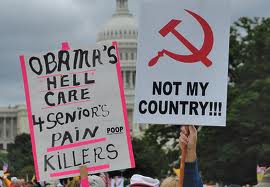 On one side there is the group that views this as a colossal failure advocating that health care reform is necessary to provide quality care to those less fortunate in our society who cannot provide for themselves. This includes folks with preexisting conditions and those who simply cannot afford to purchase health care when not provided it through work due to the ever rising costs.

Then on the other side there is the group that views this as a necessary repeal. The government should not be involved in personal decisions such as who their doctor should be. Furthermore, as you can see from the title, this side sees the bill as a job killing machine, one that can do nothing better than destroy our economy and hurt those who it claims it will help.

While this is not an exhaustive list of the positions both sides take I think you can get the idea. The two opposing sides don’t quite agree.

I’m not here to pick a side or tell you my opinion but rather am here to make a charge to all of our Representatives in Congress that simply says, “Please, stop this nonsense!”

I’m tired of this argument and am tired of threats from both sides aimed at destroying the other side. I’m frustrated with a country that is run by a group of women and men that apparently can only talk to each other through roll call votes. I’m sad that no longer can grown women and men have “adult” conversations, as we teach our children. Instead, they sit and argue back and forth, playing a he said she said game. 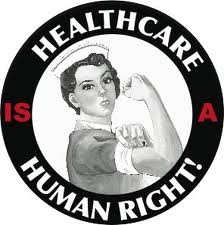 Simply put, rather than arguing back and forth on the extremes (either our bill passes and your bill dies or vice versa), can’t both sides come to the table and work out a bill that everyone likes? Studies have shown that the majority of folks on both sides want health care reform so let’s make it happen. Let’s be grown women and men about this and learn to talk about our differences in ways that are constructive and beneficial, not harmful and degrading.