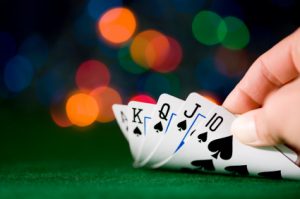 Have your ever noticed how we so easily invert traditional – even Biblical sayings and values?

We might call ourselves Christians, but our language, if not our behavior, will betray us every day.

As Paul put it, faith comes from hearing (Romans 10:17) and we hear it from those around us, and perhaps most of all from the repercussions of our own voices and actions in the lives of others.

One of these ways is the sayings we have absorbed and hear, or use so often that we accept them as true and reliable.

Here’s a familiar example; we all know the Golden Rule – Do unto others as you would have them do unto you. A simpler version might be ‘treat others the way you want to be treated’.

It is simple, but simple does not mean easy. If we follow this rule at all, we do it on a directly personal level.

On a social or political level, we live by the modern capitalist version of the Golden Rule – “The one with the gold makes the rules”.

This ‘rule’ in spite of being a cynical distortion of the word of God, is much easier to live by.

We easily and conveniently forget how ‘jealous’ God is when it comes to honoring both the spirit and the letter of His word and how much He hates those who distort His word for their own ends.

Besides our words, the games we play directly reflect our values. Any parent or budding anthropologist knows that we use games to pass our values and priorities to the next generation.

If this is true, and it obviously is, what are we to make of a game like Monopoly where the direct purpose of the game is to drive the other players into bankruptcy? Winning is defined by the destruction of the other players.

To put it mildly, this winner-take-all ethic would certainly not be healthy behavior in any family or national or global economy.

And it is certainly not a model one finds in the Bible.

Is it too much to ask that our games reflect at least the higher and better values of humanity even if the character of God is a bit of a stretch for most of us?

After all, as Ashleigh Brilliant put it “Life is the only game in which the object of the game is to learn the rules”.