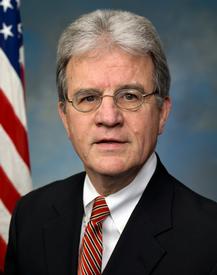 At the first of the year I accepted my pastor’s challenge to read through the Bible. I’ve finished reading about the kings of Israel and Judah, and none of them were what you’d call angels. God gave them a lot of leeway, especially David with that Bathsheba and Uriah incident, but He drew the line when it came to worshipping things other than God himself. Some of the kings worshiped power or wealth or fame, and some worshiped the gods of the people around them, but whatever they worshiped, God was not pleased. I wonder how pleased He is when He looks at some of the governmental structures we’ve built for ourselves and how attached we are to them.

I heard an interview on Greta Van Susteren’s show a couple of weeks ago that caught my attention. Tom Coburn, U.S. Senator (R) from Oklahoma is known for his fight against what he calls “fraud, waste, abuse & stupidity” in governmental spending. He released another of his reports on June 6 in which he claims to have found over $70 billion in funds that were appropriated but not used.

He cites several reasons for this including lack of Congressional oversight and accountability, the incompetence of the process, and the nature of the bureaucracy itself. Some of the committees and programs that have been created seem to have become self-perpetuating and self-protecting, determined to continue to exist long after success has been achieved or failure experienced.

A transcript of an interview with Dustin Siggins on Hot Air says that Coburn’s report mentions nearly $700 billion in unused funds. His focus, however, is on the $70 billion, and he gave Siggins a few examples. A sizeable amount of money left over from the 1996 Olympics in Atlanta is inaccessible and would require a change in the law to return it to the general funds. Millions have been spent on the Maglev train in Nevada. The project will never be completed, but millions more are in “limbo forever” due to legislative drafting errors. Other projects with unused funds involve schools, HIV/AIDS programs, bridges, and DOJ bulletproof vests.

Both the non-profit world and the private sector require audits, reports, and statements giving details of how funds are used. Would it be too hard for Congress to put systems in place requiring a similar accounting? It might be. The structure of the bureaucracy has become so complex it resembles the Winchester house in California that has doors and windows opening into walls and staircases leading nowhere. Such a structure may be impossible to change.

Christian Piatt addressed the difficulty of changing large bureaucracies in a post about rebellious nuns in the Catholic Church:

… institutions, by nature, are fairly static systems. In their earlier forms, movements are nimble, flexible things that can adapt to any number of changing environments and challenges. But as the systems of communication and power get established (or even more fundamental things like physical brick-and-mortar structures get erected), it becomes increasingly harder to enact change. It’s like the difference between maneuvering a kayak down a series of rapids, and then trying to do the same thing with a battleship.

With Congress, the problems are not brick-and-mortar structures but the programs and projects that were set up to please a certain interest group or a home town constituency. Too often the motivation is more about satisfying the instant gratification desires of the voting public and less about the long-term good of generations to come. The fear is that dismantling failed projects or returning unused funds might endanger future projects and allocations. People who know about such things excuse their inaction by saying that $70 billion, or even $700 billion is so little as a percentage of the national debt that its recovery would make no difference. Instead, they pursue boxing regulations and National Chocolate Chip Day.

A few of the Biblical kings I read about “did right in the eyes of the Lord, ” but the Israelites were still under judgment because of their disobedience. Solomon, Ahab, and Josiah each experienced God’s mercy, and each one must have breathed a sigh of relief when God said He would withhold disaster until after they died. But what about those who came after them? Are we doing the same thing, breathing a sigh of relief at temporary fixes but leaving those who come after us to face the judgment of an insurmountable national debt and a failing economy?

In Luke 14 Jesus advised taking a realistic look at the cost before beginning a project whether it was building a tower, waging a war, or becoming His disciple. He cautioned that if the cost of Plan A is too high, perhaps we should explore Plan B. The cost of continuing “fraud, waste, abuse & stupidity” in governmental spending at the expense of the future of our children and grandchildren is too high. It’s time to explore Plan B.