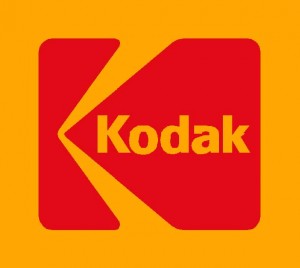 Today’s article is the third in a series I’m creating this week on inspired vision. On Monday, I wrote about how the nostalgia preached about in contemporary politics actually leans on a system of privilege. Yesterday, I explored a new model for education that could well mark a historic turning point in how we learn.

Today, I’ve been thinking about why it’s important for an organization, be it religious or for-profit, to be more cannibalistic.

In the late 19th century Kodak emerged as a trailblazing company that ultimately brought photography to the masses. An American-born business, the golden boxes of film became synonymous with family photos and even professional photography. As a little guy, I had one of their Instamatic cameras, and I remember the eager anticipation of sending of the film and waiting the two weeks or so to get the results back.

Suffice it to say the landscape for film and imaging has changed radically in the meantime.

Now, practically every electronic device we carry has a still picture or video camera embedded in it. And for less than a thousand dollars, a photography enthusiast can buy a camera that not only shoots digital images that rival most professional film renderings; they also can shoot high definition movies and edit the videos on their laptop computers.

It may not surprise many that Kodak has suffered greatly at the hands of this digital revolution. The company has failed to post a profit in many years, and recently filed for bankruptcy. 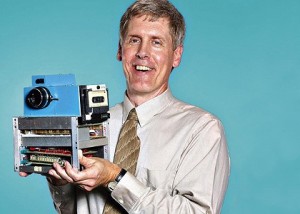 What is amazing is that this same company, now buckling under the pressure of this new technology, is the very entity that created the thing that ultimately would be its downfall. Kodak engineer Steven Sasson actually was the first person reportedly to invent a digital camera, back in 1975. The original prototype took only black-and-white photos at a resolution of 0.1 megapixels.

By comparison, some smart phones now come with cameras included in them that shoot at as much as 140 times that resolution, with full color and sound.

Kodak’s response to this new technology was, effectively, “That’s great! Tell no one.” They shelved the prototype, recognizing the potential threats to their film-based business, and went about their work as usual.

Of course, the invention did not remain a secret for long. Companies like Sony and Fuji jumped on the concept and began developing it into what would become a multi-billion dollar industry. To illustrate the seismic shift, Nokia sold more camera phones in 2008 than Kodak sold film-based cameras. But by this point there were too many other competitors that were years ahead of Kodak, employing the very concepts their employee had created.

But because of their fear and resistance to change, they now are dying by the very sword they forged.

Its future now hinges on a handful of seemingly anachronistic bets, including residuals from patents and a competitive price point on ink and computer printers (which some might argue are increasingly obsolete these days too). Though spokespeople for Kodak are optimistic, there’s a reasonable chance the firm may eventually be absorbed by a larger digital technology business, or worse, may fade into oblivion, only remembered fondly as the company that brought film to America.

At the time of Kodak’s bankruptcy declaration, Apple Inc was valued at 25, 000 times that of Kodak. Though Apple too has been though many ups and downs, former CEO Steve Jobs often noted that it was the company’s persistent willingness to fail that also allowed them to be successful in the long run.

So what does any of this have to do with cannibalism?

This quote was from a recent National Public Radio story about the Kodak bankruptcy:

“If you’re not willing to cannibalize yourself, others will do it for you, ” said Mark Zupan, dean of the University of Rochester’s business school. “Technology is changing ever more rapidly, the world’s becoming more globalized, so to stay at the top of your game is getting increasingly harder.”

Kodak had the opportunity when Sasson presented them with this groundbreaking new technology to embrace it and become the frontrunner in new imaging technology. But this would have meant changing everything about how they did business. Instead of looking inward at itself, taking those resources that were not pointed toward this new vision and re-purposing (cannibalizing) them to achieve the vision, they shelved the thing that would be their downfall, fearful of change and hopeful that, somehow, everything would just go “back to normal.”

In business, and in organized religion and politics, there is no such thing as “back to normal.” Every day, a new “normal” is established, and it’s incumbent upon those serving the needs of people to understand this, turn fallowed resources into the ground and use these “small deaths” as the foundation for new life.

More often than not, particularly in the case of churches and denominations, we determine that a return to some idyllic moment in the past is what we truly need to find our footing. That, or we simply bury our head in the dirt and go about our business as usual until it is inevitably unsustainable.

We have at our fingertips everything we need to move forward into this new millennium with bold clarity and passion. But it requires a willingness to hold nothing of the institution as sacred, devouring that which has ceased to serve our mission effectively and re-committing ourselves to inspired – some might argue Pentecostal – vision.

I often cite Buenaventura Durruti when he said “The only church that illuminates is a burning one.” Thought this may strike terror in the hearts of those who embrace the institution of religion too tightly, it also can serve as permission-giving freedom to change, to imagine and even to fail along the way.

The fires of change will come regardless. Whether we use them as a refining tool or allow them to be the death knell of our organizations is up to us.