Editor’s Note: This post is part of the Red Letter Book Club. It is an excerpt from Peter Greer’s latest book, “The Spiritual Danger of Doing Good.”

“Peter, I met your future wife, ” my mom abruptly announced to me one summer morning before I returned to college.

Sitting in my parents’ kitchen, I looked up, shocked.

“What?” I said. I laughed, but I was surprised. My mom didn’t say stuff like that.

The previous week, my mom had taken a group of teens on a trip to Martha’s Vineyard in conjunction with Camp Deer Run. Her co-leader was a spunky girl named Laurel. After a week of digging clams, snorkeling, and mentoring junior high students, my mom recognized that Laurel was no ordinary young woman.

A few weeks later, I happened to meet this hazel-eyed woman while I was visiting camp. Introduced to Laurel standing under a gigantic stuffed moose head at the camp lodge, I was intrigued. Clearly, she was smart. She was kind. She was hot.

And she was coming to my college in the fall.

That August I entered my senior year. When Laurel showed up as a freshman, I made sure to make a good impression. Seeing her in the cafeteria with her parents on her first day, I sat with them to help her choose her schedule. And I periodically rearranged my schedule to ensure I could see her between classes.

It wasn’t stalking. It was wise planning.

The following summer, Laurel and I worked together at the Christian camp in New Hampshire where she had made such a positive impression on my mother. I quickly discovered that she taught a sign-language class on the lawn outside the chapel every Thursday. So every Thursday I always happened to walk by the chapel lawn.

But after camp ended, she was dating someone else.

Soon Laurel was engaged. After a couple years working in Massachusetts, I headed to Cambodia and then Rwanda. We lost contact.

While on a brief trip home from Rwanda for my sister’s wedding, I was looking through old family albums, and there was Laurel. It was a picture my mom had taken on the trip to Martha’s Vineyard. Laurel was on her tiptoes reaching up to feed a seagull by hand.

Casually I said, “Does anyone know what happened to Laurel?”

I learned she was no longer engaged. (Later I found out that the day she broke her engagement, her brother Paul tried to console her by saying, “Well, you know Peter Greer might still be single.”)

Read the Interview with Peter

My sister also explained that Laurel was trying to find a teaching job in Africa.

I spent the entire flight back to Rwanda crafting the perfect email to Laurel. “Greetings from Africa” was the subject and the email began, “I’m not sure you remember me, but…” I tried to make it helpful (“I’ll introduce you to all my contacts in Kenya, Uganda, and Rwanda”), witty–and most important, not creepy. 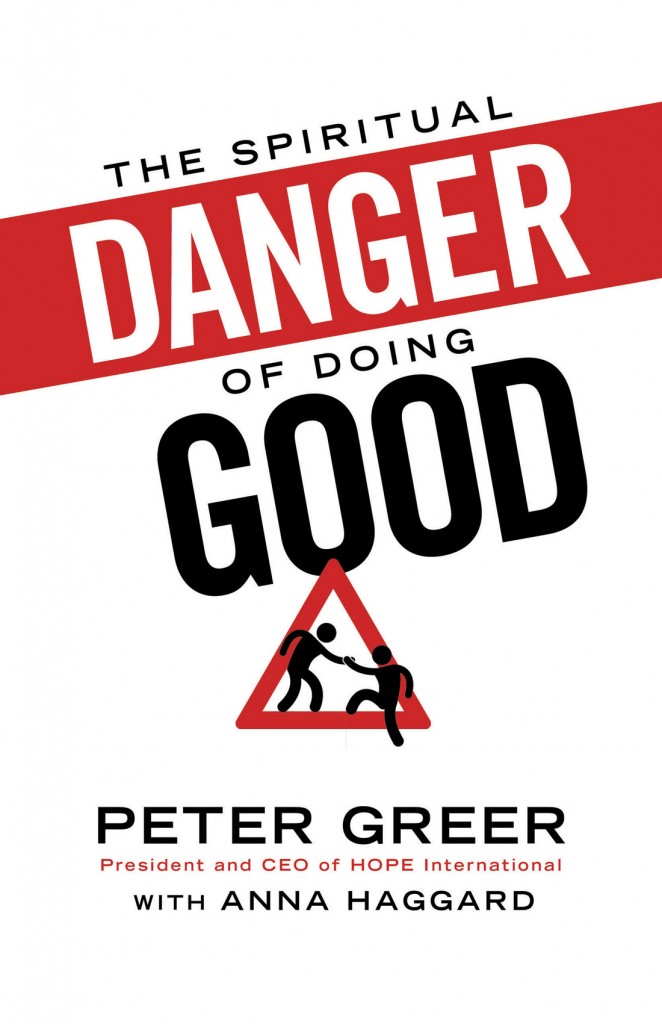 That was the first of a series of correspondence between us. By the time Laurel arrived in Africa eight months later, we had written nearly six hundred emails.

On August 14, I picked Laurel up at the airport in Uganda. We had our first date rafting down the Nile River. Seven weeks later (I didn’t want to rush into anything) on my rooftop overlooking Kigali, I proposed. She said yes. A shooting star raced across the sky (seriously).

At the time, Laurel’s home in Rwanda didn’t have regular running water or electricity. Mine did. I’m still suspicious she married me for my indoor plumbing.

We returned to Virginia for a small family wedding, but also celebrated our marriage with a traditional Rwandan wedding back in Kigali. As is the custom, Laurel disappeared with a group of women for preparations, during which she was clothed in a traditional wedding dress. When she finally emerged at the ceremony, she was led by a group of children singing and dancing, bells jingling around their ankles. Our Rwandan family stood beside us. Our wedding bands have Ndagukunda (I love you) written in them.

We honeymooned on the island of Zanzibar off the coast of Tanzania and stayed in a secluded bungalow on the beach. We explored Stone Town, went on spice tours, ate candlelight dinners with waves running under our feet, and even swam with dolphins in the open ocean.

It felt like something from Out of Africa. It was perfect.

Then life went very fast. After two more years in Africa, including a short experience responding to the volcano in Congo, we came back to Massachusetts for graduate school. I got a job in ministry. We moved to Pennsylvania. We had our first son, Keith.

A soon as we arrived in Amish Country, USA, we joined one of the largest attended churches in the area. We plugged in to a small group[. Attended church picnics. Hosted Christmas parties. Taught Sunday school. Volunteered with children in the nursery.

Meanwhile, our family kept growing. Our daughter, Liliana, was born. We adopted our son Myles from Rwanda. Laurel and her friends started a nonprofit to provide clean water in Rwanda. Between work, church, family, and friends, our lives were filed to the max.

We were doing a lot of good thing…and we were drifting apart.

Looking back, I see how my overwhelming emphasis on work and heavy travel schedule had caused Laurel to create a life that did not depend on me. She was learning to live without me. Her friends became her support structure. She could not count on me for a consistent family routine, so she created her own. Tensions always rose before and after trips. She didn’t want to call out the problems we were having because she believed in in what I was doing and wanted to be a supportive spouse. She was willing to put up with a lot, but eventually, she pulled the emergency brake to save our marriage.

One evening after the kids were in bed, Laurel said one of the most frightening sentences I have ever heard: “You are choosing your ministry over me–and I feel nothing for you.”

She said she was committed to me, but she had been growing increasingly discontent in our marriage.

I was blindsided by the comment. We had such a good start. We knew that God had brought us together. I loved my wife. I loved my kids. But I was shocked into the realization that somehow my ministry had become my mistress.

This post is excerpted from Peter Greer’s new book, “The Spiritual Danger of Doing Good, ” currently featured on the Red Letter Book Club.

—-
Peter Greer is president and CEO of HOPE International, a global nonprofit focused on Christ-centered job creation, savings mobilization, and financial training. He coauthored the first faith-based book on microfinance,  The Poor Will Be Glad (Zondervan, 2009), and most recently wrote,  The Spiritual Danger of Doing Good. Peter blogs at www.peterkgreer.com. Follow him on Twitter at @peterkgreer.