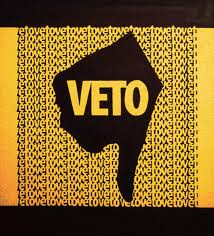 Last week I wrote about Undoing Houston’s Racism, including my own silence when violence was jokingly threatened against people of color. There I said that, “Racism, antipathy and alienation between different cultural groups stand in the way of Christ’s kingdom of love, justice and peace.”

But I also promised to move beyond undoing racism to advance a Jesus-centered response: Intercultural Transformation. I believe God’s mission in Houston includes pursuing racial justice, and that we’re invited to participate in creating a city of holistic shalom and peace in all ways.

So today I want you to meet a pioneer in racial competency: Saint Peter, whose story of intercultural conversion is told in Acts 10-11. Typical of Christians in his day, Peter misunderstood racism and his role in it, until he had a powerful vision from God. His story reveals 10 Skills Required for Intercultural Transformation:

10. Accountability for our language, structures, rituals and actions. No matter how much we come to master these skills of intercultural competency, we’re likely going to get it wrong sometimes like Peter. In Galatians 2:11-14 Paul tells of a time he held Peter accountable for an intercultural misstep. Two excellent practices of accountability for institutions such as churches are The Voice of Color Thesis and Veto Power for people of color. The Voice of Color Thesis suggests we set aside Dominant Culture definitions of racism, sexism, etc… and allow the voice of color to define racism. In other words, if people of color say something is racist, we listen to them. Veto Power is exactly what it sounds like, the power to halt or postpone decisions and direction based on race. This becomes increasingly necessary in the presence of [needed] token representation on boards and leadership teams.

I proved last week I’m no expert on this topic, so I’m deeply grateful I can learn from people like Peter who are farther along the journey. I hope seeing a Skill Set such as this empowers you on your own journey of Intercultural Transformation!

What’s been your success rate with these skills? Who taught you these skills and where was it? What other skills have you found to be essential in creating multicultural spaces and relationships?

—-
Marty Troyer is pastor of Houston Mennonite Church: The Church of the Sermon on the Mount. You can follow his work on his blog or via Twitter at @thepeacepastor.