As a Christian who, for decades, has loved Jesus and loved justice, it struck me as odd that Faith-Rooted Organizing—a new book by Alexia Salvatierra and Peter Heltzel—was my first taste of…well…faith-rooted organizing. I suspect there are others, like me, with so much to learn from these two.

Alexia, I know you have some fabulous stories from your organizing work. Tell me about one Christian who stepped forward to participate and made a difference…

Workers at a luxury hotel in Santa Monica had begun organizing for union representation, hoping for living wages and health insurance. (Unionized hotel workers earn roughly 30% more than non-union workers for an equivalent job and are significantly more likely to have health insurance.) Jose, a widower and the father of six children, was a leader in the campaign until his best friend at work was fired for her active engagement in the struggle.  Frightened of losing his job, he went to his Pastor to ask for counsel, expecting his Pastor to tell him to back away from the campaign. However, his Pastor, an immigrant from Ireland, responded differently than Jose expected.  He reminded Jose of the just God of the Exodus and he suggested that Jose not be afraid to follow his conscience.  At that moment, Jose felt a rush of power from his head to his feet and he was no longer afraid.  He realized that he wanted his children to see him act from faith instead of fear.  When Jose returned to the campaign, his courageous faith was contagious.  The workers rallied and they won their campaign, achieving living wages and health insurance for their families.

Love and justice are the motivators for faith-rooted organizing. “Beloved, let us love one another; for love is of God, and he who loves is born of God and knows God” (1 John 4:7).  The Gospel unveils the gracious and extravagant love of God for all people and the whole community of creation. We need to open our hearts and souls to receive the love of God. Loving others is a concrete way that we live into God’s love for us.  When we get to know others through one-to-one meetings we begin to feel their pain and experience their hopes.  We learn that we are all experiencing great injustices in our society. Boldly and vulnerably entering into pain of people’s broken hearts creates the conditions for healing, hope, and prophetic collective action. The Holy Scriptures are clear that God is a God of justice who cares deeply for the widows, orphans, strangers, and poor (Zechariah 7:10). When we learn of injustices in our world today, we have a responsibility to work toward eradicating them. As Dr. King said in his Letter from a Birmingham Jail: “Injustice anywhere is a threat to justice everywhere.” Wherever there is injustice in our communities, we need to be organizing people to end the injustice and restore God’s shalom to the community.

Alexia, with brokenness and injustice rampant in the world, what is it that is worth organizing for? What should Christians go to bat for, and why?

Rev. James M. Lawson Jr., the Pastor that Dr. King called his theologian of non-violence, teaches that injustice is always legitimized in every time and place by a Big Lie.  It is the particular prophetic task of the faithful to expose the lie and counteract it with God’s truth.  In the civil rights’ movement that lie was the belief that some people are worth more than others which is combatted by the truth that we are all made in God’s image, equally and infinitely precious. Segregation was an issue well-designed to reveal the lie and the truth.  We must focus on the issues where the church has the most to contribute to the struggle; we need to identify those issues best suited for the revelation of the Big Lie and the powerful Truth in our context.  Groups doing faith-rooted organizing around the country have often lifted up working poverty, the broken immigration system and mass incarceration as “kairos” issues for them in their specific contexts.

Religious communities organize to gain political power, but often have different agendas. Evangelicals have a long history of organizing for justice, including the prophetic activism of abolitionist Jonathan Blanchard, the first president of Wheaton College.  Thus, the prophetic evangelical tradition was always concerned about Jesus and Justice. However, racism continued to be a persistent problem that plagued evangelical churches and institutions. In part as a reaction to the historic gains in the Civil Rights Movement in the 1960s, a group of conservative evangelicals led by Jerry Falwell and Paul Weyrich founded the Moral Majority in 1979 to politically mobilize conservatives. Departing from prophetic evangelicalism’s commitment to fighting against racial injustice, they turned their focus to issues of sexuality, actively opposing abortion and gay marriage.

Many younger evangelical leaders desired a broader justice agenda, and actively campaigned for President Barack Obama in 2008, unveiling a more progressive politics among younger evangelical leaders. The struggle for comprehensive immigration reform has been one area where many conservative evangelicals and liberal activists have joined together. In the spirit of Cesar Chavez, immigration reform activists fasted for over a month just steps from the US Capital building to lift up the plight of immigrants in our country. Evangelical and Catholic leaders like Eddie Carmona, Lisa Sharon Harper, Jenny Yang, and Jim Wallis are leading this faith-rooted protest. It is vital that white evangelicals stand in solidarity with people of color to fight for the passage of comprehensive immigration reform in 2014.

Alexia, you have a daughter who’s 20 years old.  What do you want her to know about faith-rooted organizing? And what do you see igniting the passion of her generation?

I dedicated my sections of the book to my daughter and to a spiritual daughter of mine (an intervarsity leader in Chicago.)  I hope that they both find it useful in their organizing!  I see their generation as being concerned about justice on every level. Those coming from conservative churches tend to start with human trafficking (as the only issue that they have had much contact with) but easily expand their concerns to include any issue in which human beings are not seen through God’s eyes.  They are also wonderfully willing to learn from their elders.  I do see them moving beyond us with respect to questions of racial and gender justice; they naturally explore additional implications of the struggles that we have lived through.

Peter, when you think about some of “the greats” of faith-rooted organizing, who comes to mind? What have you learned from them? 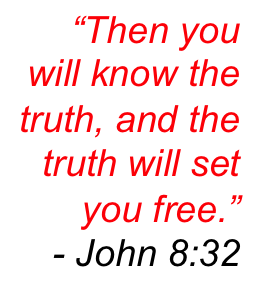 Civil Rights leader Fanny Lou Hamer is one of the greatest leaders of faith-rooted organizing movement.  While most of us talk about Dr. King’s leadership, there were many women leaders who led the movement, including Ella Baker, Rosa Parks and Fanny Lou Hamer.  Growing up picking cotton in Sunflower County, Mississippi, Hamer knew that white supremacy was evil and committed her life to fighting against it. She was fed up with the recalcitrant racism in Mississippi, saying “I’m sick and tired of being sick and tired.” Voter rights activism became her first line of engagement in faith-rooted organizing. During the organizing meetings, often in churches, she would lead the people in singing freedom songs like “This Little Light of Mine” and “We Shall Overcome, ” inspiring peoples’ spirits to sustain the struggle. She was one of the great singers of the Civil Rights Movement which can be seen as a parable of the Kingdom of God, even a musical theatre of the oppressed.  God’s Spirit moved powerfully through Hamer as she claimed her leadership as a faith-rooted organizer. I appreciate Hamer because she organized in her local community, her state of Mississippi, and in the nation.  In the summer of 1964, Hamer, as the Vice Chair of the Mississippi Freedom Democratic Party, called the nation to support African Americans’ struggle to become “first class citizens.” When Dr. King was brutally assassinated on April 4, 1968, she helped lead the Poor People’s Campaign to Washington DC, where Hamer and other activists occupied the National Mall in a tent encampment called Resurrection City.  This Occupation for Jobs and Justice prefigured the Occupy Wall Street Movement that started on September 17, 2011 in the streets of New York City and cities around the world. In the spirit of Fanny Lou Hamer, we need to continue to fight against racial injustice, singing songs of freedom, and bringing hope to the hopeless!