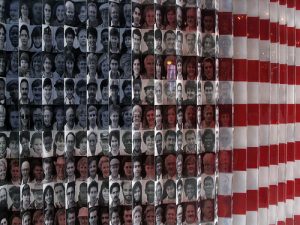 But the Holy Spirit has a way of reminding us. Early in America’s industrial era, when the transition from farm to factory led to a separation of spheres in which women cared for home life while men went out into the world to earn a living, a widespread need for ‘family values’ arose. Evangelists like Billy Sunday struck a chord preaching against drinking and gambling because they connected the good news of Jesus with this deep need.

Likewise, in apartheid South Africa, when the injustice of a race-based social hierarchy threatened the viability of society, Desmond Tutu touched on a deep social need when he preached that the gospel to a hungry man is bread. The freedom movement in South Africa was inspired and sustained by a revival that connected the gospel with society’s deep need.

In several segments of America’s fragmented church, we hear the rumblings of revival today. Some of these movements only seem partly right to me, but I’m most interested in what they have in common. In most of our low income communities, like the one where I live in Durham, North Carolina, the ‘health and wealth’ gospel has been hugely popular over the past decade. From Joel Osteen to T.D. Jakes, preachers are connecting the promise of abundant life with people’s real economic needs in the here and now. I’m committed to engaging the health and wealth gospel [hyper-link to God’s Economy: Redefining the Health and Wealth Gospel] because Osteen and Jakes are partly right: the church has too often spiritualized the gospel to the point that it offers nothing in the here and now. The energy of the health and wealth movement comes from the fact that people are hungry for a gospel that speaks to their material conditions.

But this basic need is also fundamental to movements like Red Letter Christians. Coming primarily from the position of middle class privilege, several contemporary movements converge here with the common conviction that the stuff Jesus said matters not just for the after-life, but for our lives here and now. Arising out of different church communities, these Red Letter Christians are variously labeled as ‘progressives, ’ ‘Emergents, ’ ‘new evangelicals’ and ‘new monastics.’ Though we don’t agree on everything, we all have this in common: we feel deep in our bones the need for the hope of the gospel to connect with the material needs of our world today.

This will be the hallmark of America’s next revival: an embodied faith that makes the connections between conviction and practice, between Spirit and flesh, between the world that is and the world that ought to be. Something is stirring in a dozen different movements today to teach God’s people to pray, “Thy kingdom come, thy will be done on earth as it is in heaven.” This one thing is more important than any of the smaller movements we are part of.

If there is a single event driving these various movements, it is 9/11. Unanticipated in so many ways, that irruption of violence on U.S. soil was a wake-up call to a whole generation that something is deeply wrong with our world—particularly, with its social systems. Of course, the tragic events of 9/11 were only symptoms of deeper problems. But those symptoms opened our eyes to systemic connections between religious extremism and extreme poverty, between unjust wars and unsustainable economics, between dependence on oil and global climate change. Eventually, an analysis of these social problems begins to connect the dots, bringing more and more of us to a frightening conclusion: we can’t go on like this. Something has to change.

The temptation at a moment like this is twofold. Unable to see our way forward, we can give into despair. (This is one explanation of why, by some estimates, over half of Americans are now addicted to a substance or destructive behavior). But this is not the only temptation. In the face of uncertainty, we can also succumb to optimism—to the false hope that, against the odds, we will triumph as a nation or as the human race. This optimism, however, is but the other side of despair. Both are a rejection of the new thing God wants to do.

When we come to the end of our strength, the Bible teaches us that we find true life—the life we were made for—in Christ. When an individual realizes this, we call it conversion and celebrate that the one who was lost has now been found. We throw a party and throw our arms around the prodigal son who has come home. When a society realizes this, we call it revival. There’s nothing any of us can do to make it happen. But we don’t have to. The Holy Spirit moves to connect the gospel with our deep need. And, in the words of the old song, ‘when the Lord gets ready, you’ve got to move.’