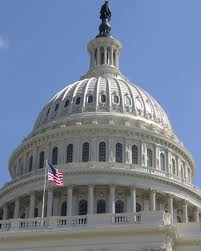 As Congress struggles to create a budget, I have a need to cite an instance where both the Democrats and the Republicans betray their constituents.

The Democrats have claimed to be the party that stands up for the poor and the oppressed, but as discussions on the new budget have unfolded, the Democrats found themselves under pressure from Planned Parenthood.  This is a pro-choice organization that has lent strong support to Democratic candidates at election time, so it was no surprise that the Democrats demanded from the Republicans that funding for Planned Parenthood be kept in the upcoming budget.  This the Republicans were reluctant to do, being under pressure from their pro-life constituency that had been prodded to oppose Planned Parenthood by Christian radio shows and Fox News.

Hoping that their pro-life constituents, mostly Evangelical Christians and Roman Catholics, would not find out about their betrayal, they went along with the Democrats and kept Planned Parenthood in the upcoming budget.

In exchange for getting support for Planned Parenthood from the Republicans, the Democrats were more than ready to betray the poor—and especially poor women and children—whom they claim to represent.  The Democrats went along with the Republican proposal to cut funding for Community Health Centers by 600 million dollars and for a program called Women, Infants and Children (a program that provides food assistance, counseling, and a variety of other support systems for families that live below the poverty level) by 500 million dollars.

There you have it!  Planned Parenthood will get funding from supposedly pro-life Republicans, and in return the Democrats have made a decision to give up funding for two programs that serve the poor.  No clearer picture can be given of the way in which “horse trading” goes on at Capitol Hill as these political parties betray their constituencies in the hope that no one is going to read the fine print in the upcoming federal budget.

No wonder people are cynical about Washington.  We have a right to ask whether there is any principled idealism left on Capitol Hill.