Ed, you say that King’s Letter from a Birmingham Jail—written in newspaper margins, scraps of paper and eventually jail cell toilet paper!—was rooted in the Christian gospel. Where do you hear the message of Jesus in that document?

Though it was 1963 America, not first century Israel, there was a similar shadow of oppression by those in power over a subjugated segment of the population. In response to the eight white clergymen who criticized his presence in Birmingham, Dr. King wrote, “I am in Birmingham because injustice is here.” For me, it’s akin to Jesus’ prophetic announcement in the synagogue that “the Spirit of the Lord” was upon him to preach the gospel to the poor; heal the brokenhearted, and preach deliverance to the captives and liberation to the oppressed (Luke 4:18). This was Martin Luther King Jr. declaring his call to nonviolent resistance as well the church’s obligation to always stand on the side of justice. There’s a “thus saith the Lord” tenor throughout the letter that urgently confronts the smugness and complacency of a religious community that has become too content with the status quo of the culture around it. In many ways, it echoes Christ’s subversive voice to a religious community that had forgotten its prophetic purpose.

You’ve noted that though the white evangelical community has embraced King’s vision of racial and social justice, they’ve struggled with accepting his progressive theology. Say more about that. In our dismissal have we missed out on the “progressive” message of Jesus?

White evangelicals have had an uneasy relationship with Dr. King over the years. They’ve wrestled with embracing his vision of racial and social justice, and at times they’ve used questions about his more liberal theology as an excuse for dismissing him altogether. What I attempt to get at in Birmingham Revolution is the fact that, as a son, grandson, and great-grandson of black Baptist ministers, everything Dr. King said and did was grounded in a fundamentalist Baptist reading of the Bible. 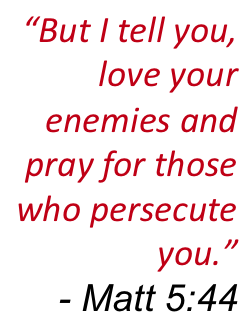 However, as a black man in America during the era of vicious Jim Crow segregation, he was also compelled to read Scripture through that lens, to try to make sense of the un-Christian attitudes and unjust systems that he saw around him from people who professed faith in Jesus Christ. Therefore, if he could find truth about justice, freedom, and the human condition in more liberal theologies, he was not afraid to add them to his toolkit for exegeting and interpreting society. King was not afraid to join Jesus out in the extremes of “progressive” thinking if it meant staying true to the Bible’s demands for love and justice.

On Dr. King’s birthday, or during black history month, I’ve noticed how much many of us like to post his picture, and slogans and speeches on social media. (#guilty) But King was a man of action. To what action would King be calling the church today?

In Birmingham, Dr. King went to jail to help make the point that the pursuit of racial unity and justice is an essential part of the Christian mission. Today, in many ways, we’ve allowed our politics to divide us and define who we are as people of faith. King’s “Letter from Birmingham Jail” challenges us to strip away the cultural barriers and focus on the essential demands of the gospel. It’s a call to grace, justice, empathy, and reconciliation. If we’re only interested in loving our neighbor when they live in the same neighborhood as we do or vote for the same candidates as we do, then we’ve missed the full call of the gospel.

Where are you seeing that “action” being fleshed out in the church today?

I believe issues such as immigration reform, healthcare, and gay rights are forcing the church to figure out what it really means to live “Christianly” in a broken world. Dr. King’s vision of a “beloved community, ” at its heart, was a call for our nation to live up to its ideals of freedom and equality. But it also was a call for Christian people–and all of humanity–to recognize the image of God in one another. And I think there are countless people of faith in churches across this nation and around the world who, in the tradition of Dr. King, are willing to ask tough questions about their responsibility to God and neighbor, and are honestly working to put compassion for people before their commitment to ideology.

Here at RLC we’re about the practice of our faith in Jesus. So I’m curious how King’s Birmingham letter has impacted your own life and faith?

I was born a year after Dr. King’s death, so much of my understanding of him was shaped by popular conceptions of the man has this patron saint of racial unity—the “I Have a Dream” King that almost everyone finds, more or less, inoffensive. “Letter from Birmingham Jail” introduced me to a more radical, indignant, and human Dr. King. It also challenged me to take more seriously the biblical call to justice as expressed in Micah 6:8, “to act justly, love mercy, and walk humbly with our God.” In King’s day, even the people on his side were telling him to slow down and just wait. He knew that was another way of denying true justice. I believe part of our call as ministers of reconciliation in the world, as noted in 2 Corinthians 5, is to also be advocates of justice and peace wherever we can. “Letter from Birmingham Jail” is a powerful reminder of the urgency of that call.