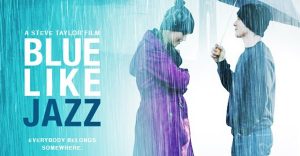 I was Donald Miller.

Once upon a time, a lot of us were. Some of us still are.

I, too, grew up in the church. Then it hurt me. So I walked away — injured, disillusioned, and pissed off.

I, too, went away to college and left my faith behind me, with no intention of ever looking back.

I, too, met an beautiful young woman who showed me a different side of what life as a follower of Jesus could be.

And though my journey has been nothing as remarkable as Miller’s, it’s no less improbable.

As the old song goes, I once was lost, but…well, you know.

My journey took an even more unlikely turn this week when I had opportunity to sit down with 40-year-old Miller, whose Blue Like Jazz memoir has sold more than 1.5 million copies (and counting) since its publication in 2003, to talk about the book, his faith journey and the new film of the same name, which is set to hit 100 screens in 25 cities nationwide on April 13.

Joining us in the conversation Monday in Colorado Springs were Steve Taylor — the renowned rock musician and producer/director of the film — and Marshall Allman, the fresh-faced actor who plays “Don” in the film. Allman, 27, has appeared most recently in the HBO series True Blood and in Prison Break on Fox.

“There was a time, ” Taylor, 54, says, “when I couldn’t imagine my life without this film getting made, which isn’t a good place to live for a Christian.”

In fact, Miller announced as much on his blog when the project fell $250, 000 short of their fundraising goal, with less than a month left to secure the needed funds. That’s when an idealistic pair of young men from Nashville approached Taylor and Miller with the idea of creating a Kickstarter campaign to “crowdsource” funding from fans who couldn’t simply let the movie idea die.

The result? More than $300, 000 in pledges poured in the weeks following the launch of the Kickstarter campaign. Taylor promised to contact each supporter personally, though he hadn’t anticipated the final list would grow to include more than 3, 000 names.

“It took months, ” Taylor says, “but I feel like I’ve made several thousand new friends in the process.”

Each donor also received an Associate Producer title, and is listed in the final credits of the film. “We broke two records, I think, ” Taylor says, smiling. “Not only was this the biggest fundraiser for a movie in the history of the Kickstarter website, we also win the award for most associate producers ever credited in a major motion picture.

“Right now I am soaking in unearned grace, ” he says about the entire experience seeing the film go from concept to reality, “and I do not take it for granted.”

In our conversation, the four of us talked about unearned grace (of which each of them has much), our collective understanding of the nature of God (of which we all agreed we have very little) and about the insanity of making a Hollywood film on an indie budget.

How do you navigate such a David vs Goliath conundrum?

“You hire Steve Taylor to direct your film and he loses his mind, ” Miller says.

Many of the creative forces behind the film, including Miller himself, accepted little or no money to get the movie made. That combined with the miraculous grassroots fundraising and a battalion of volunteer promoters in dozens of major cities, mean that this “little-story-that-could” will reach many thousands — if not millions — of viewers who long to hear that they are not alone in their tumultuous, doubt-riddled, hardly-perfect journey of faith.

Will we ever get it right? It’s of little consequence to Miller.

“There are people who struggle with not being understood; God is not one of them, ” he says. “(God) isn’t crying himself to sleep at night, saying, ‘They just don’t get me.’”

“I think I’ve let go of some control, ” Miller continues. “I actually find a lot of comfort in the fact that (God) is bigger than anything I could possibly understand or get my mind wrapped around. And that makes me think things are going to be OK.”

So how do you take a book of ruminations, anecdotes and reflections, about a faith based on something that is largely incomprehensible and indescribable? Much like in jazz, you improvise.

“When you adapt a book for film, ” Miller explains, “you have to change the structure of the story. You have to consolidate characters, because reality doesn’t play well on film.”

For example, though the characters of Don and Penny remain largely faithful to real life (give or take some biographical details), there are new characters, such as “The Pope, ” that don’t appear in the book at all.

Though Reed College does have a tradition of the student body electing one student to be the satirical religious figurehead for the school each year, the Pope in the movie “represents the entirety of the student body for us … all of the characteristics of the average ‘Reedie, ’” Miller says. 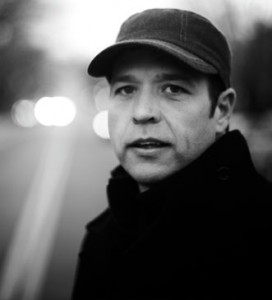 The ersatz pontiff is one of the many points of friction for Don’s character in Blue Like Jazz. They are catalysts and opponents, propelling him as he strives to discover who he is and what he believes, independent of the religion of his childhood.

There are a few moments in the film where it’s clear the creative aspirations of the filmmakers exceeded their modest budget.

For example, there is an animated travel montage of Don as a rabbit making his cross-country trek to Portland. Toy Story it’s not. But in some sense the contrived imagery adds to the dissonance between reality and fiction — a leitmotif the filmmakers employ from beginning to end.

In total, the story works — and not just because the characters are believable, the music is great, and the message is sincere and relevant.

The story works because it’s a story many of us understand.

I have been Donald Miller. Maybe you have, too. Chances are you’ve loved a Donald Miller, had him break your heart, or seen him wrestle angels (or demons) and perhaps emerge a changed man — different, seasoned, healed.

Love or hate it, we can’t honestly argue with someone else’s story. It is his story, his memory and experiences, even when it seems like they could be ours.

We may choose to embrace a it as part of our own or dismiss it as irrelevant. But how we interact with a story neither enhances nor diminishes it.

People feel strongly about Miller and his story, and they will have strong feelings about his movie.

Feel about it how you will. It’s a story that needed to be told.