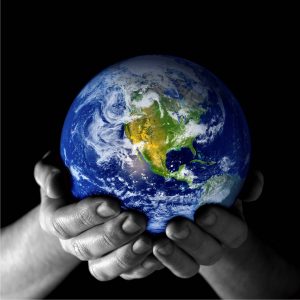 There was a time when I thought that a handful of committed persons, wholly dedicated to their cause, could change the world.  After all, Margaret Mead had said we could.  It was really the fantasy of someone who was an imagined elitist.  I made friends with some other would-be elitists who had the same idea.

Together we would think up a new world order, planned to work our way up into places of influence in the highest echelons of power, and promote our scenario for a brave new world.  We thought that there would be no need to mobilize the masses.  Gaining access to the “power elite, ” as sociologists call these movers and shakers, would give us the key to bring about social change.

We weren’t egoists in the worst sense.  We didn’t care if we became famous, but only cared about doing something significant with our lives.  We wanted to believe that, in the end, when we hung up our sneakers for the last time, we would have a sense that we had made a difference for good.  Our only desire was to hear a voice from on high declaring, “Well done, thou good and faithful servants.”  Like Abraham of old, we sought a city, the maker of which was God.  It would be a city marked with love and justice, and where, as it says in Acts 2 of the Christian Bible, everyone would be willing to live generously toward others, so that no one would be in need.  Even those among us who claimed not to be religious shared in this beatific vision, and in many cases their faith in that vision transcended that possessed by those who claimed to be believers.

Ours was to be a “top down” revolution.  We were convinced that if we could get the right people into political offices—people who shared our vision—this hoped for shalom could happen.  It was our conviction that if we could just get our government leaders to tap into what we were sure were latent reservoirs of goodness that lay in the depths of the captains of business and industry, they would establish a new ‘bottom line” in their ledgers which counted the good they had done and not just the dollars that they had made.  Then the prophesies, such as those of the prophet Isaiah, would break loose in history (Isaiah 65:17ff).

We were wrong!  At least partly wrong.  The idea that if a special few of us could get to those at the top of society’s systems of power, wealth and prestige, and share with them our spiritual values, bringing them “under conviction, ” we then could get them to make vast improvements in our socio-economic systems was fallacious.  Over time, we have gradually come to realize that something much more far reaching that that was needed.  The truth gradually dawned on us that the revolutionary transformation we sought could only emerge if our own character and the character of our people—the American people—would change.  Laying aside our elitism, we came to see that it was not just the people at the top who had to change.  It was also the rest of us!  All of us who make up the masses of America would have to change.  We run-of-the-mill Americans, of whom I am one, would have to come to admit that we have become enslaved by a comfortable, enjoyable, entertaining, self-serving, and affluent consumeristic lifestyle.  That we have become addicted to the “good life” that has been defined for us by the selling power of the media, and have come to make our goal for life the accumulation of the things that the merchants of our capitalistic society say we have to have.  The change that we want has to begin with us.  As a people, we Americans must become the change, that hope for society, and stop expecting that change will come from the top down.

We Americans have become quite adept at blaming the custodians of our social institutions for the economic meltdown that now threatens our materialistic way of life.  We say:

It’s those bankers who, with their sub-prime lending rates, have brought on this crisis!

It’s those people in Congress and the President who, guided by a free market ideology, have failed to regulate the financial institutions on Wall Street who have brought America down!

It’s those militarists who, with their love of war and their strategies of establishing military bases in far-flung places, have been responsible for bleeding our economic surpluses dry!

It’s those Arabs who, having turned off the spigot and cut the supply of oil that we need to keep the engines of our good life running, who are deserving of blame!

And, yes!  In spite of our claims of anti-Semitism, we even have blamed the Israelis who, with their belligerent policies towards the Palestinians, have dragged us all into their conflict with an Arab world that is marked by terrorism—with all its socio-economic consequences.

We blame everybody but ourselves!

We Americans act as though we are innocent, and are the unfortunate victims of the economic meltdown.  We pretend that it’s not our fault that forces are at work bringing down our nation and challenging our way of life.  But in reality, what is happening is more our own doing as individual middle-class Americans, than it is any of those political and economic power brokers we point to as the villains.  It is our own self-centered, self-absorbed, self-indulgent, and self-serving character that has made us into the real culprits.

Jesus taught that social transformation occurs when converted persons seek the common good.  Such persons inevitably permeate society like leaven and transform it (Matthew 13:33).  He called us to become those persons when He said, “You are the salt of the earth” (Matthew 5:13).

The Hebrew prophet, Zechariah, claimed to have a word from God when he said, “Not by might, nor by power, but by my spirit, says the Lord of hosts” (Zechariah 4:6).  That is a word that must guide us during these perilous times.