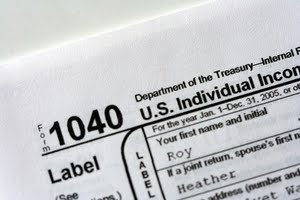 This year, Tax Day (April 15) happened to be the Friday before Good Friday. For those of us on the Lenten journey, this puts the question of whether we should pay taxes to the Empire right in the context where Jesus himself answered it in first century Palestine. Here’s an excerpt from my book God’s Economy about Jesus’ answer and what it means for us:

Mark says that the “chief priests, the teachers of the law and the elders” came to Jesus and asked what authority he thought he had to march into Jerusalem, disturbing the peace of the temple and proclaiming a new way of life for God’s people. What follows in all the synoptic accounts is a great public debate in the temple courts.

Everyone who has any authority in Jerusalem sends their sm! artest guys to question Jesus in front of the crowds and try to catch him in his words. It’s reminiscent of what the media does to a presidential candidate in our time. Now that Jesus’ movement has gone public, everyone wants to know what he’s really about.

“Teacher, ” one group says to him, careful not to disrespect a popular leader in front of his supporters, “we know you are a man of integrity. You aren’t swayed by men, because you pay no attention to who they are; but you teach the way of God in accordance with the truth.” The language is polite, but it’s a set up from the start. These people don’t want to learn from Jesus. They want to trap him. So they pretend to be seekers in order to ask a question that will expose Jesus as the dangerous revolutionary they think he is. “Is it right to pay taxes to Caesar or not?” (Mk.12:14).

Their question is a litmus ! test, set up to either disappoint the crowd or give the Roman authorities reason to arrest Jesus as a rabble rouser. Jesus has just been welcomed into Jerusalem as a king. The religious authorities know that if he says, “Be good citizens and pay your taxes, ” the people will think Jesus doesn’t offer any real challenge to the occupying forces of Rome. They might still listen to him, but it’ll take the bite out of his message. He won’t be a real threat to the authorities. If, on the other hand, Jesus tells the people not to pay their taxes, the religious leaders won’t have to worry about him anymore. He’ll have the IRS on his back in no time. The clever Pharisees and Herodians think they’ve caught Jesus in the perfect trap.

But Jesus sees right through them. He asks them why they’re trying to trick him, exposing their motive, then before they can answer he asks them to bring him a denarius, the R! oman coin that was in circulation at the time. “Whose portrait is this? And whose inscription?” Jesus asks. It was Caesar’s money, and Caesar had his name and face written all over it. Everyone knew that. But Jesus made these religious authorities say it. Then he answered their question: “Give to Caesar what is Caesar’s and to God what is God’s.” The crowds chuckled, no doubt, because they knew their King had answered well. The Pharisees and Herodians fell silent because they knew they hadn’t been able to trap Jesus. But the followers of Jesus—those who would become his body in the world—took note of his tactic for engagement with the political powers.

Whatever steps we take to live the abundant life that Jesus has made possible, we can’t ignore the fact that we live in the midst of political systems that also affect us and our neighbors. Beloved community can ! happen with broken people here and now. But it never happens in a vacuu! m. God’s economy intersects with the economies of this world. We pay (or don’t pay) our taxes and our tithes with bills that bear the images of dead presidents and the inscriptions of nation states. Wherever we find ourselves, God’s people live under occupation in this world, negotiating the power of rulers who have not yet submitted all things to our Creator. Jesus doesn’t say we need to flee from the world or take over and make it just. Instead, he invites us to give to Caesar what is Caesar’s and to God what is God’s. He gives us a tactic for how to live as a people under occupation until the whole universe submits to our King.

**********
There are two very different summer gatherings that the School for Conversion wants to let you know about this year. One is Duke Divinity School’s Summer Institute, an intensive week focusing on reconciliation in different contexts. I’ll be leading a group focused on Durham, bringing a diverse group together to discern what the beloved community looks like in this particular place. Sarah Jobe, who directs our Project TURN, will also be facilitating a group focused on prisons. It’s not just a group for people in prison ministry, but a chance to consider what prisons have to teach all of us in this society. The good news is this: scholarships are available for this week. But you’ve got to apply now. Click here for more details.

Also in North Carolina this summer is the first ever Wild Goose Festival. Together with The Simple Way, School for Conversion wants to encourage new monastics and community folks to gather alongside a broad spectrum of sisters and brothers in this space to catch up with one another and mix it up a little with some new friends. Passes are cheaper if you buy them early!