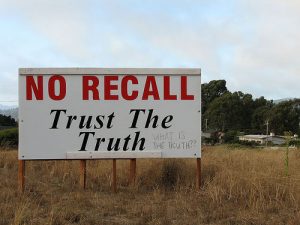 I think it was my friend Karen who turned me on to Jamie’s writing. I was hooked by the title of her blog:

She lives in Costa Rica as a missionary. What I like about Jamie is she is very authentic – she talks about her very unreligious thoughts, her family fights, and her struggles, both temporal and spiritual. On twitter a while back she was talking about her urinary tract infection.

Most religious professionals act as if they never get urinary tract infections. Or, in fact, ever urinate.

This feed could be a bot. There is nothing here to indicate a real person is running it. It is promotional material, recycled Bible verses and “How Great I Art” messages.

You don’t get the feeling that either of these guys ever had a bad thought, ever had any problems, and ever ate a bad lunch, even. Can you imagine either of them ever talking on the internet about a fight with their spouse?

I am not criticizing these two people, specifically. They are just two very public evangelicals that a lot of people listen to. Rather, it is indicative of the larger trend: Lack of authenticity.

I get criticized from Christians for being “negative”. Non-Christians praise me for being honest and transparent.

The Buddha said, some 500 years before Christ, that life is suffering.

Christian leaders: The people who look up to you, who you claim to care about – they experience this suffering. They have lost jobs, they have sick family members, they have work related stress, and they are tired single parents.

They don’t need your recycled Bible verses and tired clichés. They surely do not need to know how great your life is.

We Christians profess to know something about that.

—-
Hugh Hollowell is an activist, a speaker and a Mennonite minister. He is the founder and director of Love Wins Ministries where he pastors a congregation made up largely of people who are homeless.