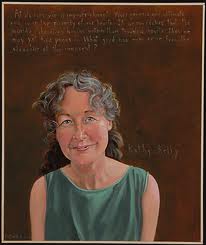 Have you ever known a girl who seemed vibrant and fully alive, at ages 7 and 8 and 9, who then went “underground” as she entered adolescence?

Shakespeare’s Ophelia, smitten with hero Hamlet, typifies this bind in which so many young women today find themselves.  Joyful and unfettered as a girl, Ophelia loses herself life—figuratively and literally—when she falls in love with Hamlet.  Mary Pipher, author of Reviving Ophelia, observes, “Something dramatic happens to girls in early adolescence…They lose their resiliency and optimism and become less curious and inclined to take risks. They lose their assertive, energetic and ‘tomboyish’ personalities and become more deferential, self-critical and depressed.” (Reviving Ophelia, p. 19)

For these adolescent girls—naturally wired to establish and preserve relationships—to offer original opinions, to be outspoken, to take risks, and to assert themselves can feel as though it threatens their connections with others.  Many will choose the safety of silence rather than to risk rupturing their relationships.  Later, beyond the throes of adolescence, some of these girls will emerge to reclaim their voices. Tragically, many will not.

For a while I’ve been listening for the sounds of women who are raising their voices for peace and justice.  For years I’d heard the male voices doing it—many of them listed on the left-hand column of this blog!—but where were the soprano and alto cries for justice?  Where were they speaking?  What were they saying?  Who was listening?

Gradually, I began to hear the prophetic whispers, announcements, cries, hollers.  I heard Lisa Sharon Harper advocating for environmental justice and immigration reform. I noticed Shayne Moore speaking up about the One Campaign.  I listened as Jena Nardella described the realities faced by those without access to safe drinking water.  I overheard Traci Bianchi helping suburban moms, like me, make the connection between Jesus-discipleship and sustainability.

Then, last week, I had the surprise privilege of hearing American peace activist, author and three-time Nobel Peace Prize nominee, Kathy Kelly.  Though her words would have gripped me if she’d whispered them, she didn’t.  Painting spoken pictures that exposed the realities of war on children, women and men, her voice soared in song and poetry and shouts for peace.  Kelly, co-coordinator of Voices for Creative Nonviolence, has a powerful voice and she knows exactly what her voice is for.

They need to hear Brenda Salter McNeil’s voice.  They need to hear women teaching and preaching and prophesying so that they will know how their mature—and maturing!—voices are to sound.   If you have a niece or a daughter, if you’re a teacher or a youth group leader, if you’re a coach or a neighbor to an adolescent girl, help her identify and listen to these voices.  In fact, do me a favor and just load them on her iPod when she’s not looking.

And by all means, make sure she knows that when Jesus says, ”Rejoice and be glad, because great is your reward in heaven, for in the same way they persecuted the prophets who were before you, ” he was totally talking about her. (Matthew 5:12, NIV)  Let her know that prophetic women and girls do courageously, and counter-culturally, risk relationship for the sake of the kingdom.  Just like the prophetesses who were before them.

—-
Margot Starbuck is a communicator who writes and speaks about kingdom living, God’s heart for the poor, body image, edgy love & other fresh ideas.  She’s convinced that because God is with us and for us in Jesus Christ, Christians are set free to live love that is for others, especially those who live on the world’s margins. This is kind of Margot’s big thing.  Margot lives in the Walltown neighborhood of Durham, NC, with her husband, Peter, and their three kids by birth and adoption.  At Reality Ministries, she shares life among friends with and without disabilities.  A graduate of Westmont College and Princeton Seminary, Margot is ordained in the Presbyterian Church USA.