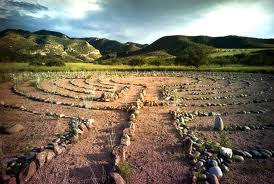 I heard a sermon recently on the need to create a “culture of life” instead of the “culture of death” that we currently have in our society. Not only do we love violence in our movies and video games, but our culture of death shows a contempt for the lives of people who are crushed by impersonal forces within our economy and society. Defending a culture of life means more than just picketing abortion clinics or voting for electoral candidates who line up right on a set of issues. A culture of life is a world in which life is sacred in every facet of social and economic interaction.

When people say that they’re “pro-life, ” they usually describe their views in terms of yea or naypositions on issues like abortion, euthanasia, capital punishment, war, etc. The problem with this issue-oriented understanding of “life” is that life doesn’t occur in issues; every issue is woven into a complex tapestry of sociological forces; treating the issues in isolation is like trying to cure smallpox with skin cream. Our society promotes death in many more ways than the one issue that politicians have successfully exploited as an incredibly effective and cynical electoral strategy that has defined the past 30 years of American politics (I am opposed toboth abortion and using abortion as a wedge issue). There’s no reason why improving access to affordable healthcare, nutritious food, or exercise outlets shouldn’t be part of a culture of life. Or setting the minimum wage high enough that working class parents don’t have to work two jobs, leaving their eight year old daughters in charge at home.

But how do we go after the root of the culture of death? The foundation for a Christian culture of life is our belief that God created all things and called them good. What’s essential about both aspects of the Genesis 1 creation story is that God is the One who gives value to life, not the market, not human philosophy, not the state, not opinion polls,  just God. When theDeclaration of Independence was written, Enlightenment secularism had not yet erased this basic presumption from popular consciousness because Thomas Jefferson wrote, “We hold these truths to be self-evident, that all men are created equal, that they are endowed by their Creator with certain inalienable rights.” In other words, God was still seen (or at least described) as the Creator and source of value for all human life.

As I have written elsewhere, the fall of humanity described in Genesis 3 does not have to do with a historical figure named Adam (whose “name” is bad translation). Sin “originates” in the decisions made every day by “man” (h’adam) and “woman” (h’ishah) to dethrone God and replace Him with another source for life’s value. Death enters the world every time we let its talking serpents convince us to be our own gods. In recent history, God has been supplanted as the recognized source of life even by many who profess a “belief” in God. Two forces that supplant God’s role as the source of value and thus create a culture of death are ideology andcapital.

An ideology is an all-encompassing explanation for how the world works. The more ideological people are, the more that their observations have to be bent to conform to the needs of this ideology. To a hard-core union activist, for example, there is no such thing as a compassionate boss, while a fundamentalist Christian cannot imagine a gay Christian father who counsels his son about sexual chastity. Ideologues value people according to how they fit the “us vs. them” categories of their ideology rather than appreciating their beautiful, irreducible idiosyncrasies that exude the image of God.

When peoples’ lives are stripped of their transcendent, intrinsic value and their identity is reduced to membership in a mass category like fundamentalist, liberal, counter-revolutionary, bourgeoisie, Jew, etc, then they can be treated in terms of mass categories which must be defended or exterminated depending on an ideology’s need. The most extreme examples of modern ideologues are of course Hitler and Stalin.

In Hitler’s ideology, “Jew” became the catch-all signifier for the type of humanity which needed to be destroyed in order for the human species to evolve through the Aryan super-race. This was not just random, inexplicable lunacy. The Nazis were proactively advancing natural selection among humanity as they understood it. What was insane was how their absolute commitment to an ideological Darwinism allowed them to categorize a whole race of people as unfit to live.

In Stalin’s case, among other horrors, his ideological commitment to a supposedly “scientific” mode of agricultural production caused him to starve millions of people to death from 1930-1932 by attempting to rapidly collectivize fiercely independent Soviet peasants. Millions of human lives were less valuable than defending the infallibility of his ideology.

Christianity itself becomes ideological when we worship the “beauty” of our doctrinal systems rather than the person of God Himself. At its most extreme, ideological Christianity resulted in the culture of death that predominated 16th century Europe. Catholics burned Anabaptists and Lutherans shot Catholics because ideology trumped their respect for God’s sovereignty over each human life. In our time, ideology has created the ultimate hypocrisy of committing murder in the name of “life, ” such as the shooting of abortionist Dr. George Tiller in 2009. A true culture of life must be anti-ideological, because no ideas should trump the sanctity of anyone’s life.

A second demonic force that undermines God’s sovereignty over life is capital. What I mean by “capital” is the abstract value created by market exchange and the trust created by capitalism that the market is the appropriate source of all value (instead of God). The problem with free market logic is that it leaps beyond the domains of investment and commerce to invade every facet of life. What people wear, believe, and do with their time is determined by millions of individual decisions which coalesce into a market that revalues fashion, political slogans, and activities. Every aspect of life is colonized by the market and reconstituted as capital.

When I buy a house, I am taught to examine features that will impact its resale value before I move in. Even our children become capital which increases in value through their education, extra-curricular activities, and community service opportunities. When all things are capital with only extrinsic, market-derived value, there is no regard for the intrinsic value creatures receive from their Creator.

It becomes possible for an unwanted child to be created by two humans who view their bodies as capital that increases through the market exchange of casual sex and then to think of this unwanted child as a product to be disposed of to avoid undermining the mother’s capital in terms of her career options and compromising the father’s capital by becoming a monthly child support check. Similarly, workers in a factory are not viewed as people created in God’s image who need family time and health care, but as capital whose value goes up the more that benefits are cut and productivity quotas are raised.

When we float unreflectively through the waves of ideology and capital, we endorse a culture of death, regardless of how many “pro-life” bumper stickers are on our cars. Promoting a culture of life requires actively resisting every value system that dehumanizes others. There are concrete laws we can support and concrete actions we can take to promote a culture of life, but these will only become visible to us if we sustain the dissonance of declaring God’s love for and value of all humanity amidst a world where humans are valued to the degree that they support arguments or trade well in the market. Supporting a culture of life is about as easy as walking on water amidst the incredible gravitational pull of our world’s idolatries. But Jesus showed us how, and he calls us to jump out of our boats and stumble out to Him across the waves.