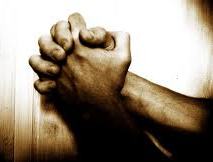 A widowed mother of six dies of breast cancer. In the months preceding her death, the members of her church held weekly prayer meetings, begging God to heal her.  Twice, all night prayer vigils were held on her behalf, but she wasn’t healed.

In the face of such a tragedy, you can always count on some well-meaning person quoting Romans 8:28, and saying that it’s something we just have to accept as God’s wonderful plan for us. If that is not enough, you almost can be sure that we’ll be told that God caused what we think is a tragedy in order to achieve some greater good; that we in our limited understanding just cannot comprehend. It’s as if suffering is unacceptable in light of “God’s plan.”

I don’t buy this kind of talk! To make God the author of sickness and death, is to transform God into someone who is difficult to love. There was a man in a church where I once served, whose son died of Leukemia. He stopped coming to church.  I went to visit him and told him not to stop believing in God because of what had happened. The man responded, “Oh, I still believe in God. The reason I gave up on church isn’t because I don’t believe in God, it is because I hate him. He could have cured my boy and I begged him to do that and he did nothing…so I hate him.”

I tried to tell this man that God does not cause sickness and death. I told him that God is constantly struggling to abolish them both and someday, God will- but that time is not yet. That did not help. What did help was this; I told him that when his son died, God was the first one who cried.

Secondly, Romans 8:28 does not say that “all things work together for good, ” even though it reads that way in the King James Version. A more literal translation of the Greek New Testament reads “In the midst of everything that is happening, God is at work cooperating with those who love Him, to bring about good.” Big difference!

To believe that in the midst of suffering God is with us, working along with us to create something good out of such painful realities, causes us to ask how sickness and death can be the basis or motivation to do something that would bless others in significant ways, instead of asking “why did this sickness happen?” We will be asking, “God! What good can we create out of this sickness and what good can we create out of death?”

Is it too hard to believe that God created a good world but rebellion against God’s will, first by Satan and his angels and then by humanity, ruined everything? Is it too much for us to accept Biblical truth that right now God is driving to overcome all the effects of such evildoers and will one day have re-established His Lordship, over all persons, principalities and powers. I believe such things and I am convinced that someday when God restores the earth, there will be no more sickness and death. But between now and then, such ugly realities will be a part of our lives.

Given what I have been saying up to this point, you might be wondering if I think there is any point to pray for God to intervene and heal sicknesses. Quite to the contrary! I believe in praying for healing, I just don’t understand anything about it. I don’t understand why God chooses to heal some people and not others-especially when those who are not healed seem the more deserving. We read in 2 Corinthians 12:7-9 that St. Paul who healed many others, never had the prayers for his own healing answered.  Except that God gave him the strength and patience to endure his sickness. To quote Mother Teresa, “When I see God, he has a lot of explaining to do!”

In James 5:14 we read that if anyone is ill you should send for the elders of the church to pray over that person and anoint the sick with oil in the name of the Lord. I wish that every church would set aside one evening a week to make that kind of ministry available to seek healing. The elders or deacons in churches should assume responsibility for doing exactly as that verse in James instructs them to do; putting a sign outside the church that publicizes the date and time for the healing services.  I suggest that such a sign announces in bold letters that non-members are especially invited. The church elders need not feel like they have to be like Benny Hinn to have a healing ministry. It’s God who heals and they are only obligated to follow God’s instructions.

A few years ago, while conducting a worship service, I had a sense that I should offer to pray for anyone who had a special need for a prayer of healing. Among the several people who came to the altar and received prayer was a man who was dying of cancer. Three weeks later I received a phone call from his wife, telling me he had passed away.

“When my husband and I walked into that church on Sunday, he was angry with God. He had cancer and he knew he was going to be dead soon, and he hated God for letting it happen. He wanted to see his grandchildren grow up more than anything. At night he would lie in bed and curse God. It was horrible. And the angrier he got toward God, the meaner he was to everyone around him. It was unbearable to be in the same room with him.  His nastiness just kept getting worse and worse and worse. But then you laid hands on him on Sunday morning and you prayed for him.  When he walked out of church I knew something was different. I could feel it. He was a different person. The last three weeks of our lives have been the best three weeks we’ve ever had together. We talked and laughed. We even sang hymns with each other. It was a good, good time.” She paused, then added something really profound. She said, “Tony, he wasn’t cured, but he was healed.”

What a profound insight. Cures for the body are temporal, but the healing of the mind and heart is eternal.