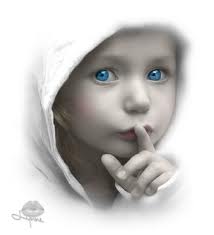 “History will have to record that the greatest tragedy of this period of social transition was not the strident clamor of bad people, but the appalling silence of the good people.” – MLK Jr

Over the last few years as I have researched the history of my hometown’s racial past, several white people have asked me why I want to delve into things “that happened long ago” and that are “best forgotten.”  For some they think I am simply trying to stir up trouble.  I beg to differ.  A few years ago, I visited the Holocaust Museum in Germany, the Genocide Memorial in Rwanda and the Apartheid Museum in South Africa, all in one trip.  It was a heavy trip indeed, but as I reflected on my time at these places, I never got the feeling that these landmarks were somehow glorifying the past, rather they were elevating horrible events and showing humanity the evil we are capable of; and the displays all shouted “No More!”  Those who forget the past are bound to repeat it.

In the last article we looked at white amnesia, the disease rampant in our society that causes people to forget the past.  Not only have many white folks forgotten our nation’s racialized history…they have little desire to bring it up.  Saying things like, “I never owned any slaves, ” seems to get them off the hook.  It is much easier being silent about things, especially when it comes to talking about race issues in our country.  People have strong opinions and it is easy to get defensive.  Remaining silent and being nice is simply not enough.  MLK Jr. often talked about the interconnectedness of humanity.  He taught, “I cannot be all that I need to be unless you are all that you need to be; and you cannot be all that you need to be unless I am all that I  need to be.”  All of humanity is made for community and silence does not build a healthy community.

In the last blog, we talked about the need to move from (white) guilt to action.  Some practical suggestions for folks desiring to move forward in their walk towards racial justice includes: actively participating in the struggles of people of color (protests, living among), building mutual relationships, taking interest in different cultures: languages, food, music.  At this stage on the journey of reconciliation a person may commit to being anti-racist in personal and public life, begin sharing feelings around race with other white people, identifying structures that perpetuate inequality and take action, and instead of hating self… directing their anger against injustice and attitudes that lead to oppression and inequality.

This move from guilt to action really began for me during a class I took at the Alternative Seminary in Philly called, Christianity, Colonialism, and Deconstructing White Supremacy. The class was made up of about 50% white folks and 50% African American folks.  The first few weeks we looked deeply at some of the history of racism in America.  To be honest, some of the classes were really hard to take as we discussed the material…One of the things that really stuck out to me was when the professor asked if we had had enough of the history.  All of the white students said “yes” and almost all of the African-American students said “no.”  One lady then spoke out and said she actually enjoyed seeing the discomfort the white students were feeling and that she thought they were finally beginning to understand some of her reality.  It was in this class that I realized the importance of understanding my own racial history.

It was also around this time that another experience occurred.  Shortly after our new team members for Mission Year arrived in Philadelphia, we had to make a trip to the main UPS building to pick up some packages for one of the new arrivals.  As is typical, we waited in a long slow-moving line.  The sign on the front desk said that the proper I.D. was required.  I showed the attendee my driver’s license and they proceeded to the warehouse in hunt for our packages.  While we waited to the side, the next person in line (a young white man) handed his I.D. to the employee and stated that he was in the process of getting a new I.D. with his new address on it.  The worker shrugged her shoulders and went on the hunt for his package.

Soon after our packages arrived, the third person in line (an African America man) showed his I.D. to a worker.  The worker stated to the African-American gentleman that she could not get his package because the address on his I.D. did not match the address on the package!  Initially I did not know what was going because I was glued to the coverage of the Katrina tragedy on the TV behind the desk.  But as soon as the customer started showing a little anger, everyone took notice.  In the midst of taking our packages to the van, things got heated between the customer and the worker; security was called.  It should be noted that the African-American man was able to describe exactly what was in the package (by the way, I had no idea what was in my packages), yet they still said that he would have to go home and get other proof of identification (which meant he would have to take public transportation to the other side of Philadelphia to get it).

It wasn’t until I began to reflect on the situation that I realized what had happened… The white man behind me and I had no problem getting our packages even though our addresses did not match the address on the box!!  Yet the African-American gentleman was forced to take public transportation back across town to find another form of I.D.  There I was walking along in la la land, oblivious to the struggles of another human being.  Did I stop and say something?  Did I offer the man a ride across town?  No, but I did get my packages.  So what can brown do for you, as the UPS slogan states?  Well if you have white skin and the wrong I.D. they will be very accommodating, but if your skin is brown you better have the proper I.D. or you will need to take an extra trip across town.  Looking back at this situation I see that I failed through my silence.  I have played the scenario in my mind many times over since then and I can only hope that next time, I will move beyond silence to action.  So what, if I’m a nice person or “I’m not the one who denied the man his package, ” I was silent and I benefitted from a system of advantage based on race.  If we want to see real change in our society, the silence of the good people must stop!