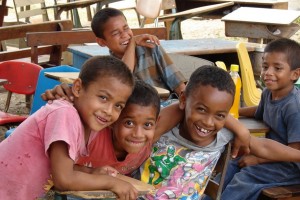 There’s a passage in Galatians 2 that has always intrigued me, so this week I’m going to share three posts on the topic. This is from The Message translation of the Apostle Paul’s letter:

“Recognizing that my calling had been given by God, James, Peter, and John — the pillars of the church — shook hands with me and Barnabas, assigning us to a ministry to the non-Jews, while they continued to be responsible for reaching out to the Jews. The only additional thing they asked was that we remember the poor, and I was already eager to do that.”

I have been intrigued by that last sentence about remembering the poor when defining a purpose. Paul is saying that the calling he had to go to Asia-Minor, Greece, Italy, etc., was fully endorsed by the Church leaders … but they made one significant request: to remember the poor. That’s fascinating to me. There are many things the Church leaders could have placed as conditions on Paul’s work. But they only made this one concern a focus. And Paul endorses it with passion by saying, “I was already eager to do that.”

So what is happening here? Simply stated, the most significant theologian in Church history, the most renowned missionary of the Church, and the most prolific writer of the early Church leaders is being told that all of that is well and good…but don’t forget the poor. That’s important to realize as we shape our own missions. All good missions work will incorporate some aspect of remembering the needs of the least fortunate. It’s a profound insight into how service to the poor was so highly valued and embraced by the early church.

In a world where a billion people live on a dollar a day, one would be hard pressed to be a follower of Jesus and yet somehow forget the poor. Plus the rising importance of justice within an emerging generation almost mandates that we remember the poor or become irrelevant in our culture.

So how are we to remember the poor? Paul did so in a straightforward way, collecting funds from churches he visited then distributing those funds to the poor in Israel. And that simple “I was already eager to do that” displays the passion in which he pursued the idea.

But an equally important part of remembering the poor is to know the poor. Even with his high standing and academic credentials, Paul seemed to truly understood the poor. You can see that in many of his writings that expressed gentle compassion. He almost certainly had friends in Israel who were poor (it was probably hard not to if you had any friends at all).

As my daughter Rachel often wisely points out, the poor deserve our very best. We need to prepare our minds to understand the factors that create poverty, prepare our hearts to wisely love the poor, prepare our spirits to connect with the poor, and prepare our strengths to go all out in serving the poor. This is not a hobby, not a one-time trip to lead VBS for a week, and is not to be taken lightly … you need to be educated academically, culturally, spiritually and socially to make a difference.

So the message is clear. As we go out into the world, we need to remember the poor. And the way to do that is to give generously in support of them, plus take time to know them, listen to them, understand them, and prepare ourselves properly to serve them.