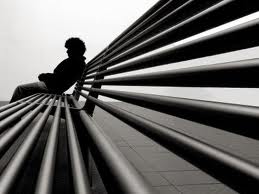 I’ve written a couple of pieces lately that have gotten a lot of attention about why younger people tend to walk away from church. If you haven’t seen them yet, here are the links:

It was suggested that I might also post a piece about why young adults come back to church. Though I can’t say for sure why ALL young adults in church do so, I can share a few reasons why I, as a young adult, went back after ten years.

I Found a Community that Defied Christian Stereotypes: I left the church as a teenager on less than good terms. My youth leader threw a Bible at me for persisting with my questions, and the only image of Christianity I saw regularly in college was the guy in the student union standing on a box with a bullhorn, yelling at passersby about how we were doomed to hell without him.

Fortunately I found a new community in my late twenties that represented something different. We met on Sunday evenings, gathered in the round, wore whatever we wanted, and never once did I feel judged or scrutinized by the others in the group. I was welcomed for who I was, not what I could do or give, and I was included in gatherings outside the Sunday evening service as well.

I would not have even given it a try, though, had my girlfriend at the time (now my wife) not persisted in inviting me. I said no many times before saying yes, and it was only after I had seen enough evidence from her that defied my presuppositions about Christianity that I was finally wiling to see who these other people she gathered with were about. Thirteen years later, I’m a Christian author and speaker, I’ve helped found a new church and I’ve led worship in multiple congregations. Fortunately God’s grace is more persistent and patient than the time it took for me to get over my hurt feelings and biases against organized religion.

I Found My Voice: I’ve played music most of my life, but I never thought of myself as a “church music” person. There was the traditional piano or organ music with a choir and or the breathy, synth-saturated contemporary stuff. I couldn’t play the first kind and I couldn’t stand the second. It wasn’t until a minister friend encouraged me to bring my guitar to worship one night and just share a couple of songs that were meaningful to me that something changed. A place in me that had been closed off for a long, long time cracked open and hasn’t gone dormant ever since.

I believe that God’s presence is ubiquitous but not imposing. All it takes is a small open space for the divine seeds to take root. For me, that opening was in music. I can only hope that others will have the chance to find what that space-creating thing is for them. It’s worth looking for. 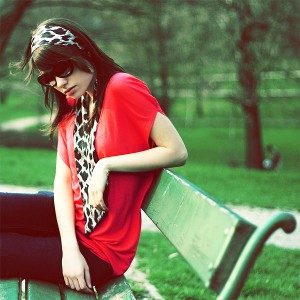 I Found Deeper Meaning: One reason I was so willing to walk away from religion when I did was because there seemed to be two fundamental messages I heard, week after week. And after seventeen years, that got pretty old. The two themes were:

I don’t really need a church to help reassure me I have some kind of divine fire insurance policy, or that God loves me in spite of the fact that I actually suck deep, down inside. I was more interested in finding deeper meaning in this life, rather than worrying so much about what comes after that.

In my decade away from church, I studied all kinds of different philosophies and religions, but I didn’t ever find the thing that helped me set my own ego aside, helped me get over myself and see that life is about more than just getting my needs and wants fulfilled. It’s a counter-cultural message, but when the “it’s all about you” commercialism of our contemporary begins to ring hollow, we start searching for something more. I found it in a community of faith.

I Found A Sense of Belonging: I talk to churches a lot about the difference between worship attendance, membership and belonging. Too often we see all three of these as synonymous, but they’re not. I wanted to find a group of people passionate about things that mattered to me, and who would make a space for me, regardless of whether we agreed on everything, or if I gave enough money, or if I had signed my name in some official book.

For a lot of churches, that affirmation of belonging comes after you commit to membership as part of an institution. The problem for me was that I didn’t really care about their institution; I only cared about the people. I came to understand the value of some institutions along the way, but young adults don’t inherently trust institutions the way previous generations have, and we don’t care nearly as much about preserving them either.

Had my initial experiences with Christianity after my hiatus been with groups that had nice buildings and big budgets, I might not have stuck around. The fact that they had little to offer other than themselves was exactly what I was looking for.

I’ll close this piece out with a short list of all the things that didn’t mater so much in my decision to come back to Christianity, but which many churches assume are critical to their transformation:

All of those things have value, I guess. I’m sure they’re important to someone. But I can hear great sermons online. I can download more great music to my iPod than I can listen to in a lifetime. I can join a country club and feel like I’m a part of some fancy, exclusive group. What I can’t necessarily get in other parts of my life is authenticity.

Everything else was nice, but they weren’t what brought me back.